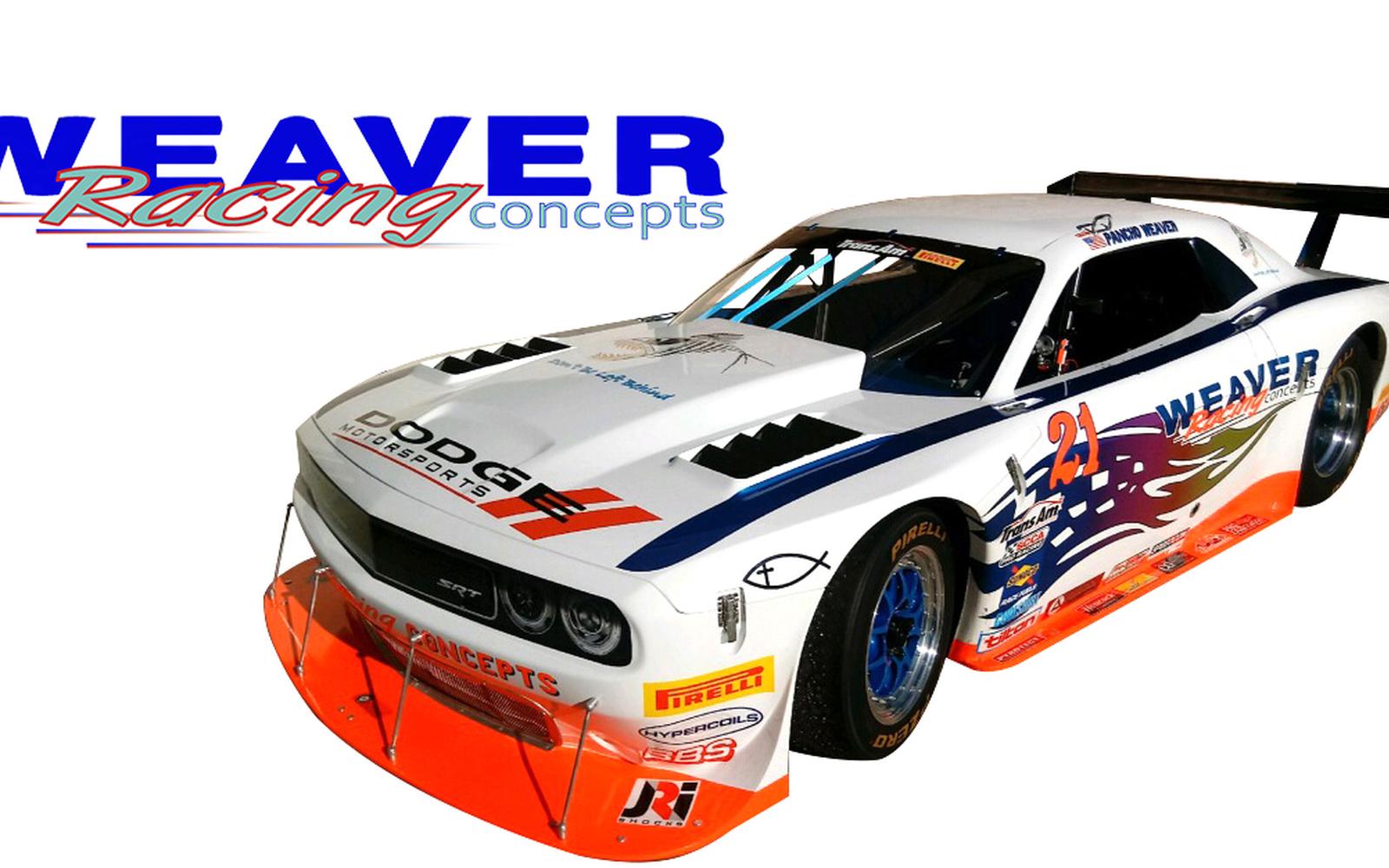 TEAM RELEASE - Mooresville, NC - June 11, 2018 - Pancho Weaver, owner of Weaver Racing Concepts Inc., spends his waking hours inside his crowded garage, full of the innovate projects that have been his lifeblood for the better part of the past four decades.  For now, his focus turns to the latest adaptation of the new Weaver Trans Am, set to make its debut at Indianapolis Motor Speedway on June 14th, with famed driver Boris Said at the helm.

The latest Weaver Trans Am is going into its third generation.  The first of its kind was built in 1982, with the second generation competition from 1994 until 2017.  While the Weaver Trans Am has remained a mainstay in sports car racing for many years, Pancho has not fielded his own team since the mid-1990s.  He plans on making a big comeback at Indianapolis, with a car designed to share-up the competition amongst both drivers and fellow chassis builders.

“The old dogs are coming back, and everyone better be on the lookout,” says Weaver.  It’s very clear that Pancho has anticipated this comeback as team owner for quite some time.  He is chomping at the bit to showcase the newest tweaks and several new innovations.  Utilizing much larger front brakes that others can’t package, a much stiffer chassis torsionally, more mechanical grip through suspension design, simplified chassis adjustments, panels that dzus off for ease of access and cleaning and a new scavenge oil filter to name a few.

The goal of the new third-generation Weaver Trans Am is simple: reduce the high costs associated with racing in Trans Am while fielding a car capable of winning at the most competitive races on the schedule.  The more affordable Weaver Trans Am aims to increase car counts with a price that can’t be beat.  The first new Weaver Trans Am will be under a Dodge Challenger banner, with support coming from Dodge Motorsports.

With Pancho, chief engineer Chris Willis and Boris Said putting their minds together, the new car is sure to garner interest from those who enjoy racing history.  Pancho spend the majority of his life working with some of the biggest names in racing, most notably Parnelli Jones, Mickey Thompson and Dale Earnhardt, Sr.  An accomplished driver himself, Pancho raced professionally for thirteen years.  He won numerous events in off-road and stadium racing including the Baja 100 and won the nation Stadium championship in 1984 in addition to his success in sports car racing.  Said, one of the most recognizable names in road racing, won the 24 Hours of Daytona twice, as well as the 12 Hours of Sebring and 24 Hours of Nurburgring.  He dabbled in NASCAR for several decades, even gaining a cult-like fanbase that adored his competitiveness amongst the best stock car driers in the world  Pancho, Chris Willis and Boris aim to take the lessons learned from this collectively-diverse background and put that knowledge into the third-generation Weaver car.

The third-generation Weaver T/A is currently available for purchase.  Single-race rentals or testing and complete series race leases with trackside engineering and maintenance.  All offered for the 2018 T/A and GT1 series.  “Our goal is to make it the most sought-after care in the series,” says Weaver.