LEXINGTON, Ohio.  [August 11, 2017] – Intermittent rain dampened the second, and final, practice session for the Trans Am Series presented by Pirelli in advance of this afternoon’s qualifying for the FirstEnergy 100, featuring TA, TA3 and TA4, and the First Energy Muscle Car Challenge, featuring TA2, at Mid-Ohio Sports Car Course.   Martin Ragginger and Dillon Machavern made the most of their respective sessions, setting the fast laps for the TA and TA2 classes, while Tim Kezman and Todd Napieralski also paced the TA3 and TA4 contingents.

The TA2 class would hold their session first, dealing with slight rain during the initial moments leaving competitors to manage changing track conditions.   Drivers would pick up speed throughout the session but never quite reach the speeds of yesterday’s sessions.

Dillon Machavern, in the No. 24 Heritage Motorsports Ford Mustang, would turn the fast lap for the TA2 class, a 1:26.383 around the 2.258-mile course.  Machavern enters the weekend second in the TA2 championship points despite a frustrating outing at Brainerd International Raceway last round that saw the No. 24’s day ended early with mechanical issues after driving from the back of the field to the top five.  Mid-Ohio provides the perfect opportunity for Machavern to rebound on a track at which he has historically performed well— constantly running upfront and never finishing outside the top five.

Following Machavern, and also out of the Mike Cope stables, was Matt Tifft, in the No. 26 Mike Cope Racing Ford Mustang, turning a 1:26.460 as he makes his first Trans Am appearance.  Tifft is also competing in NASCAR Xfinity competition at Mid-Ohio this weekend.

Cameron Lawrence, in the No. 19 Class Auto Centers Chevrolet Camaro, who was consistently among the fast laps throughout the session, rain or otherwise, was fifth quick with a 1:26.998. 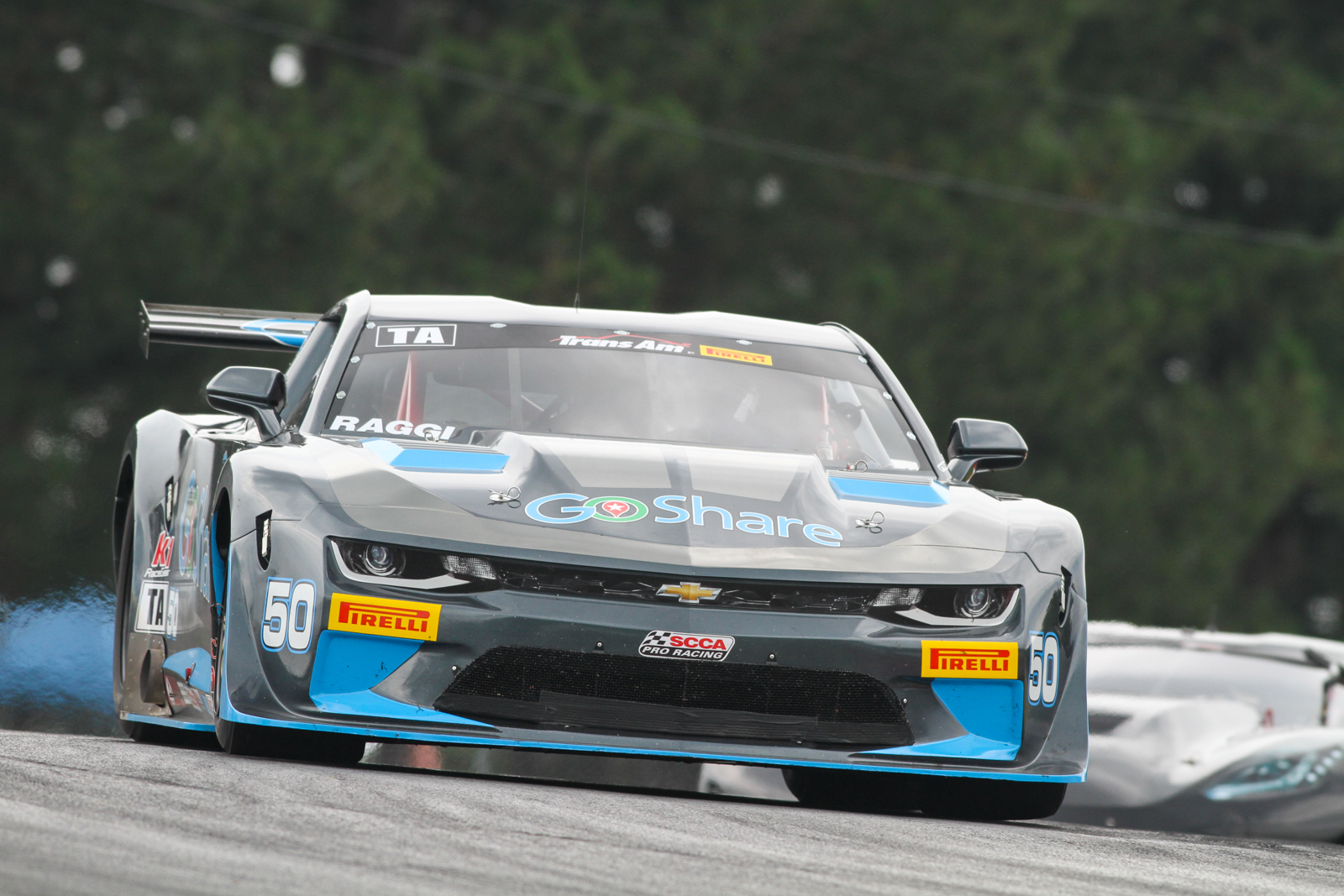 For TA, TA3 and TA4, competitors would be faced with rainy conditions towards the end of their sessions, leaving most drivers to return to the paddock with nearly half the session remaining.

Martin Ragginger, debuting in the TA class in the No. 50 Goshare/Axalta Chevrolet Camaro, led his second consecutive practice session, this time with a 1:22.642.  Like Ragginger, the No. 50 had a debut of its own this weekend, sporting the brand new Chevrolet Camaro TA class bodywork in its first-ever Trans Am appearance.

The TA class top five was completed by a duo of Ohio natives, David Pintaric, in the No. 57 Kryderacing Cadillac CTS-V, and two-time defending champion Amy Ruman, in the No. 23 McNichols Company Chevrolet Corvette, with times of 1:23.796 and 1:24.179, respectively. 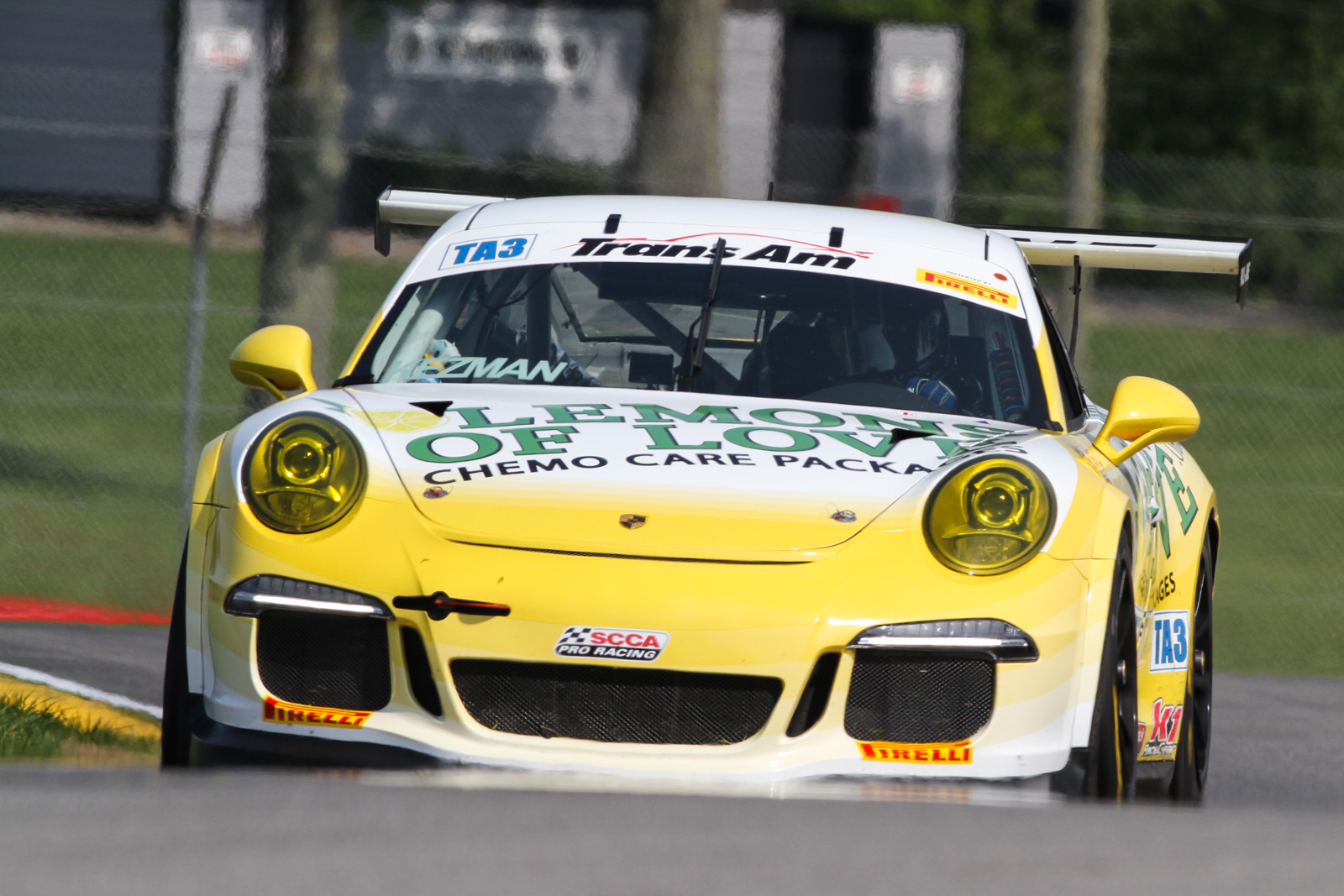 In TA3, Tim Kezman, in the No. 4 Fall-Line Motorsports Porsche 911 GT3 Cup, turned the fast lap of 1:27.827, out-pacing the No. 95 Irish Mike’s Automotive Porsche 997 of Conor Flynn who was second quick with a time of 1:28.354.  Kezman enters Mid-Ohio coming off his first victory of the year, last round, at Brainerd International Raceway.

Steven Davison, in the No. 2 DaVinci Plastic Surgery Aston Martin Vantage GT4, and JR Pesek, in the No. 10 Rennsport KC Ford Mustang, completed the TA4 field with times of 1:37.658 and 1:38.887 respectively.

The Trans Am field will return to the track and Mid-Ohio later this afternoon for qualifying sessions.

Trans Am joins the NASCAR Xfinity Series and the F4 US Championship for the track’s Mid-Ohio Challenge weekend. 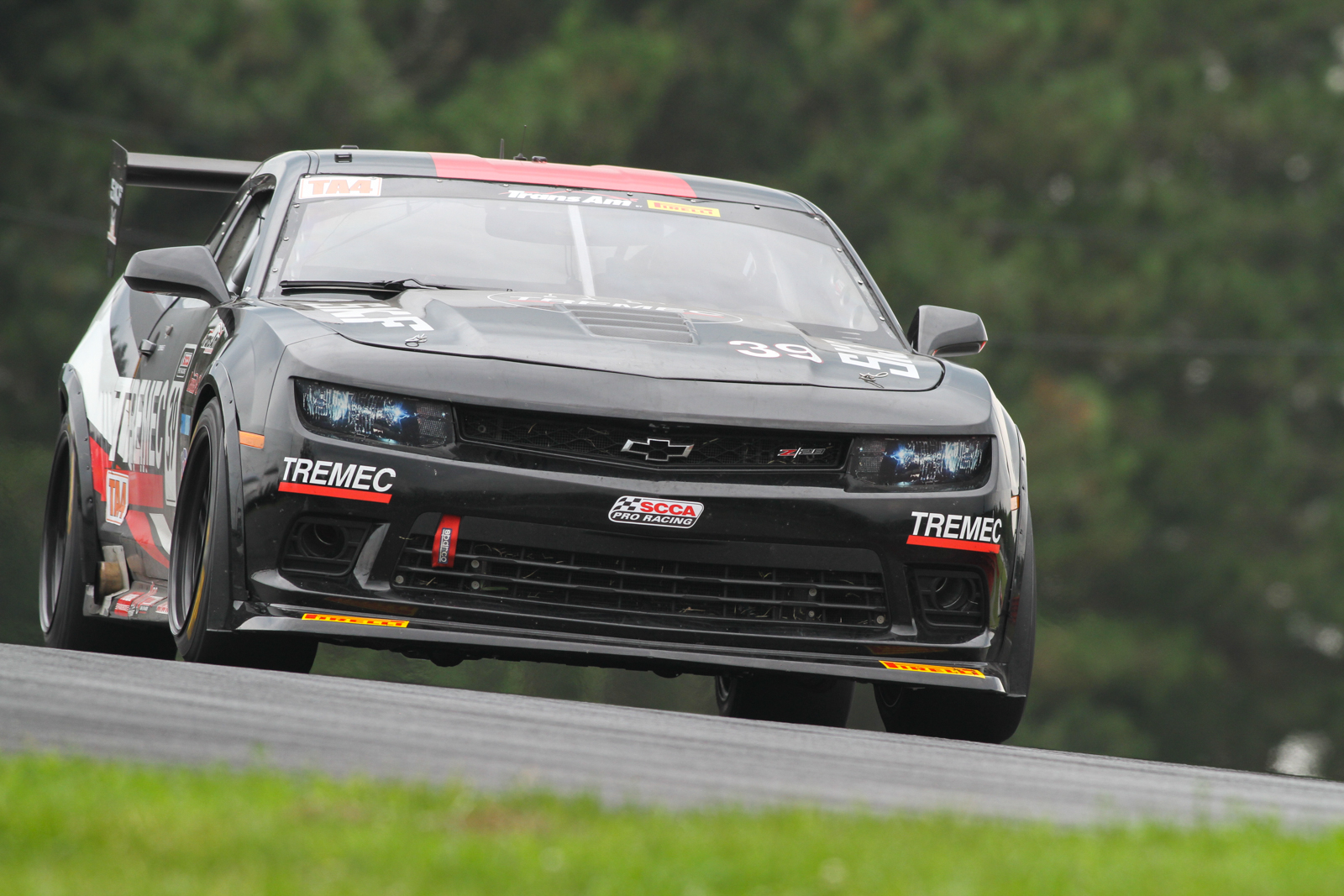