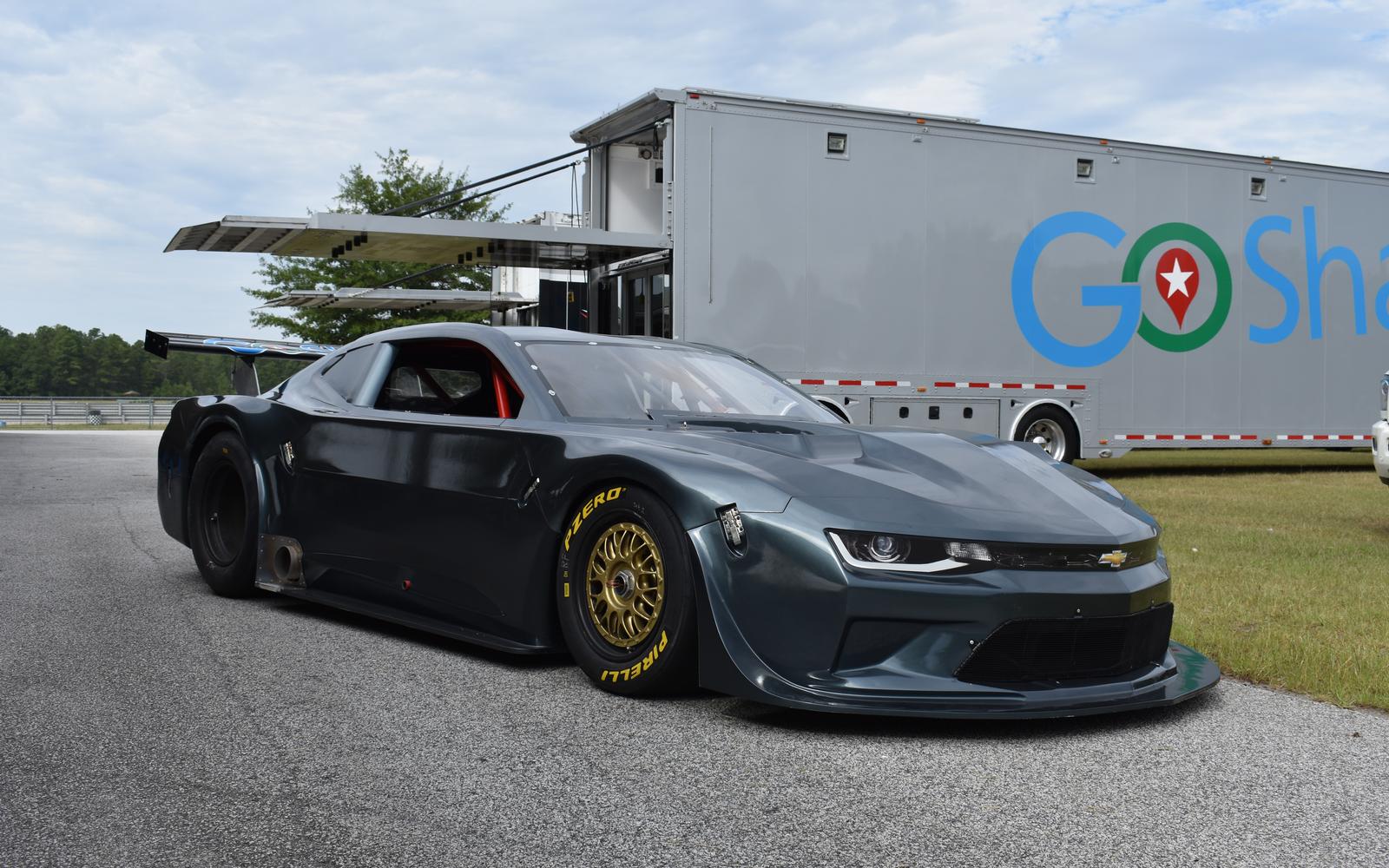 Lexington, OH – August 7, 2017 — As the Trans Am Series presented by Pirelli makes its annual return to the Mid-Ohio Sportscar Course this weekend on Saturday, August 12. Burtin Racing will make a very different return as the team completes its transition from the Chevrolet Corvette to the Chevrolet Camaro bodywork, manufactured by Advanced Composite Products.

The switch in bodies marks the return of the latest model Camaro to the rank and file of the Trans Am class, completing the original trifecta of “muscle cars” the Ford Mustang, Chevrolet Camaro, and Dodge Challenger in Trans Am’s flagship class.

“We’re excited to play a role in the Camaro’s return to TA,” said Claudio Burtin, owner of Burtin Racing.  “We’ve been really pleased with the body so far; the craftsmanship is excellent.  These cars have been the soul of this series and I, for one, am looking forward to seeing the battles in the TA class… hopefully with the GoShare/Axalta Camaro coming out on top!”

In a press release last week, the team announced a partnership with Axalta Coating Systems to debut the 2017 Color of the Year – Gallant Gray. The color and design will give a new look to the GoShare themed livery on the Chevrolet Camaro at Mid-Ohio.

The No. 50 GoShare/Axalta Camaro will be piloted by long-time Burtin Racing driver and teammate Martin Ragginger. Ragginger is currently competing in the 2017 Porsche Carrera Cup Asia, GT3Cup and China GT. He heads to the states for the first time this year to join up with Burtin Racing and to make his first TA class start.

“I´m looking forward to racing in the TA class and I´m really excited for this experience,” stated Martin Ragginger, Driver of the Burtin Racing GoShare/Axalta Camaro. “Mid-Ohio is a cool track and I have always loved to race there. Claudio did an amazing job in developing the car in recent years and I hope we can fight for the win. I have known Burtin Racing for many years and for me it is always exciting to race for such a great team. It is not just a race team with high performance, it is a team where you get everything you need as a driver.”

The 100-mile feature race will start on Saturday, Aug 12 at 1pm ET from the Mid-Ohio Sportscar Course. Follow @burtin_racing and @gotransam on social media and the Race Monitor app for updates and results.

The First Energy Trans Am 100 will be broadcast on the CBS Sports Network on Aug 30 at 10pm ET.