BRASELTON, Ga.  [May 12, 2017] – Justin Marks and Tony Buffomante secured Trans Am Series presented by Pirelli pole positions in qualifying today at Road Atlanta, Round 3 of the 2017 Trans Am Championship.  Conor Flynn would lead TA3 qualifying while Brian Kleeman led TA4, as the 55-car Trans Am field made final preparations for tomorrow’s two 101.6-mile races, a TA, TA3 and TA4 multi-class race and an independent TA2 Muscle Car Challenge presented by AEM Infinity.

Marks, a Trans Am debutant, wasted little time getting up to speed, leading both morning practice sessions before turning a pole setting 1:20.104 around the famous 2.54-mile  — capitalizing on a longstanding desire to get behind the wheel of a TA class “Trans Am” racing machine.

“I’ve always been a big fan of the series,” said Marks.  “And I’ve always thought the format of these cars would produce a really fun car to drive, just the weight, the power, the tire, they’ve got it.  A lot of my friends over the past 10-15 years who have had a lot of experience in the Trans Am Series have told me, that if one day I get the opportunity to drive one of these things, they’re about the most fun racecar out there.  This race was close to home; it was an off weekend for me. So I called up Tony and put a deal together, and it’s been a blast so far.”

While Marks was quick off the trailer, putting together a fast lap around Road Atlanta took a touch of patience, despite his aggressive driving approach, but between his own approach and the Ave Motorsports prepped car, Marks is confident going into tomorrow’s 101.6-mile multi-class race.

“These cars are very fast, and they’re very high performance; but it’s easy to overdrive them,” said Marks.  “In earlier practices, I was pushing it a little too hard realizing you start going slower.  To be able to put big laps down in these cars you have to be aggressive; but if you’re overly aggressive, it’s easy to overheat your tires and start sliding around.  You have to stay focused and drive your entries at 90% and focus on getting through the corners and getting good runs off of them.”

“We have a really good car,” said Marks.  “We’ve been fast in every session; it’s obviously worth a lot to be able to control the field coming to the green—just try and get a little space and set the pace.  Ultimately we don’t want anything stupid to happen; we don’t want to break the car or take unnecessary risks in traffic.  This car is so good and so fast; if we just run a clean race and make good decisions in traffic, we have a good chance of winning.”

Marks was followed in the session by Homestead-Miami victor Ernie Francis, Jr., in the No. 98 Breathless Pro Racing/ Beta Tools Ford Mustang, who turned a 1:21.602— just edging David Pintaric for the outside position on the front row.  Pintaric, in the No. 57 Kryderacing Cadillac CTS-V, was within hundredths of Francis, turning a 1:21.661.

Two-time defending TA class champion Amy Ruman, in the No. 23 McNichols Company Chevrolet Corvette, was fourth quick with a time of 1:21.775.  Still, Ruman will enter the race with a certain level of confidence—she has three career victories at Road Atlanta with only one coming from pole position.

Tomy Drissi, in the No. 8 Arthritis Foundation Chevrolet Corvette, was fifth quick with a time of 1:22.113. 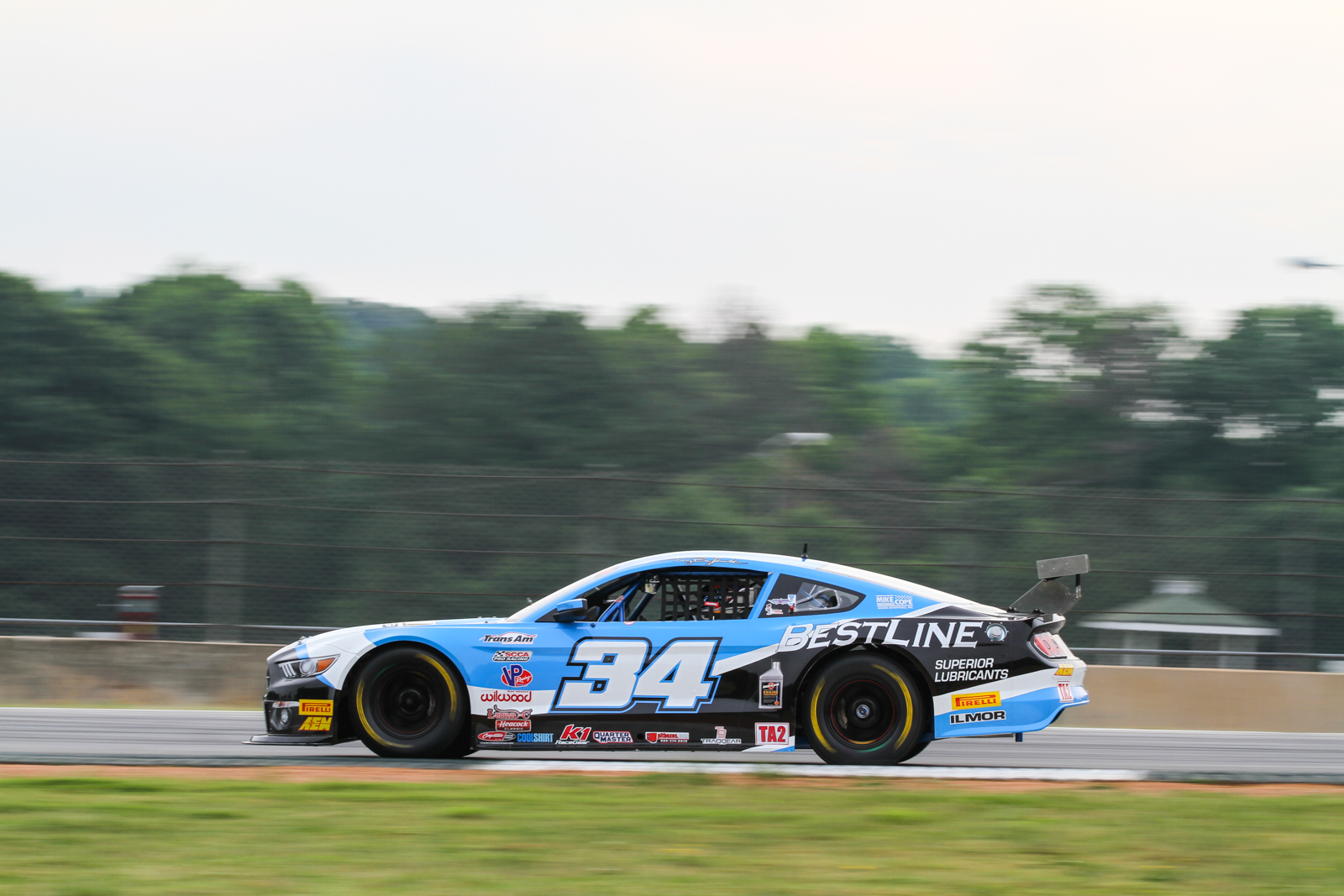 In TA2, Tony Buffomante, in the No. 34 Bestline Superior Lubricants Ford Mustang, showcased the skillset that saw him victorious on this track last year and later earned him TA2 Champion honors, turning a 1:24.813 lap, shattering his own qualifying track record of 1:26.000 while securing his ninth career pole in TA2.  Buffomante returns to TA2 after sitting out Homestead-Miami, taking advantage of the opportunity to drop one of the first five results, and returns to TA2 hungry—ready to capitalize on his proficiency on the Road Atlanta circuit.

“The car’s been fast all weekend,” said Buffomante.  “The Ilmor power, the Wilwood brakes, they’ve been great, and Mike Cope always does a phenomenal job on the chassis.  My big problem is I haven’t been in the car a lot, Other than Sebring, I’ve been on the sidelines, and it’s great to be back.  1992 was my first time here, in the SCCA Runoff, it was my first year “car” racing. I finished third, and there haven’t been too many changes to this place since—an extra chicane down by the bridge, but other than that it’s the same.  This is one of those places that the car has to be really good; with the blind turns and high speed corners, you have to have a little bit of gumption.  But with that said, it’s my kind of track.”

Despite being on the pole and his own experience on the circuit, Buffomante remains uncertain heading into tomorrow’s race with only a single race under his belt with the new Pirelli P ZERO™ TA2 tire package.

“I don’t really know what it’s going to take tomorrow,” said Buffomante, “other than what I can learn from my teammates, as to how these tires are going to perform on a long run. We didn’t experience that at Sebring, we had cautions, we had red flags, and I didn’t run Homestead; so I don’t really know if I should go up there and pace a little bit and save tires or if I should go as hard as I want to go and these Pirellis will last the entire distance.  We’ll talk about it tonight, we’ll get Mike and the team together and talk it through and I’ll go through data with my dad and we’ll come up with a plan.  I just need more experience on these tires come tomorrow.”

Buffomante was followed in the session by a razor-close TA2 field, with the remainder of the top five within three-tenths of each other with Shane Lewis, in the No. 72 Pura Vida Tequila/ 74 Ranch Resort Chevrolet Camaro, leading the way with a 1:25.222, earning outside position on the front row.

Lewis was followed immediately by Cameron Lawrence, in the No. 19 Class Auto Centers Chevrolet Camaro, who turned a 1:25.230 and Gar Robinson, in the No. 74 Pura Vida Tequila/ 74 Ranch Resort Chevrolet Camaro, with a 1:25.244 lap of his own.  TA2 points leader Dillon Machavern, in the No. 24 Heritage Motorsports Ford Mustang, would complete the top five with a time of 1:25.480. 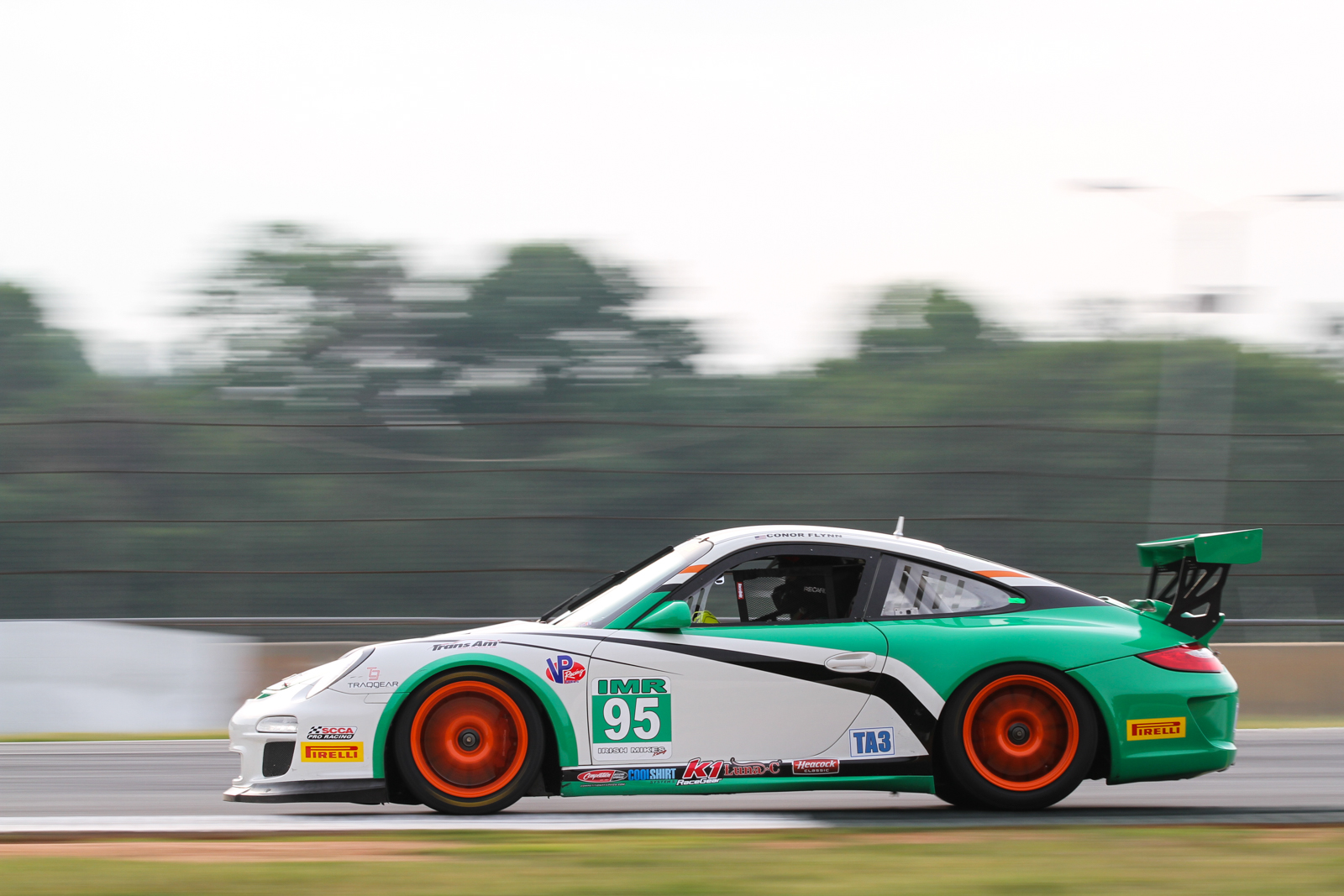 In TA3, Conor Flynn, in the No. 95 Irish Mike’s Automotive Porsche 997, captured his pole for Trans Am’s production based class with a track record 1:27.115 lap, setting up a potential repeat of his 2016 win at Road Atlanta in the TA4 class—Flynn’s only Trans Am victory to date.

Flynn was followed in the TA3 class by Sebring winner Mark Boden, in the No. 46 Fall-Line Motorsports/ Calypso BMW M3, with a time of 1:27.340 while points leader Randy Kinsland, in the no. 11 Kinsland Racing Chevrolet Corvette, was third quick with a time of 1:27.455.  The TA3 top five was completed by Aaron Pierce, in the No. 04 LSI/Sam Pierce Chevrolet/Fast Chevrolet Corvette, and Tim Kezman, in the No. 4 Fall-Line Motorsports/ Calypso Porsche 911 GT3 Cup, with times of 1:28.094 and 1:28.365, respectively. 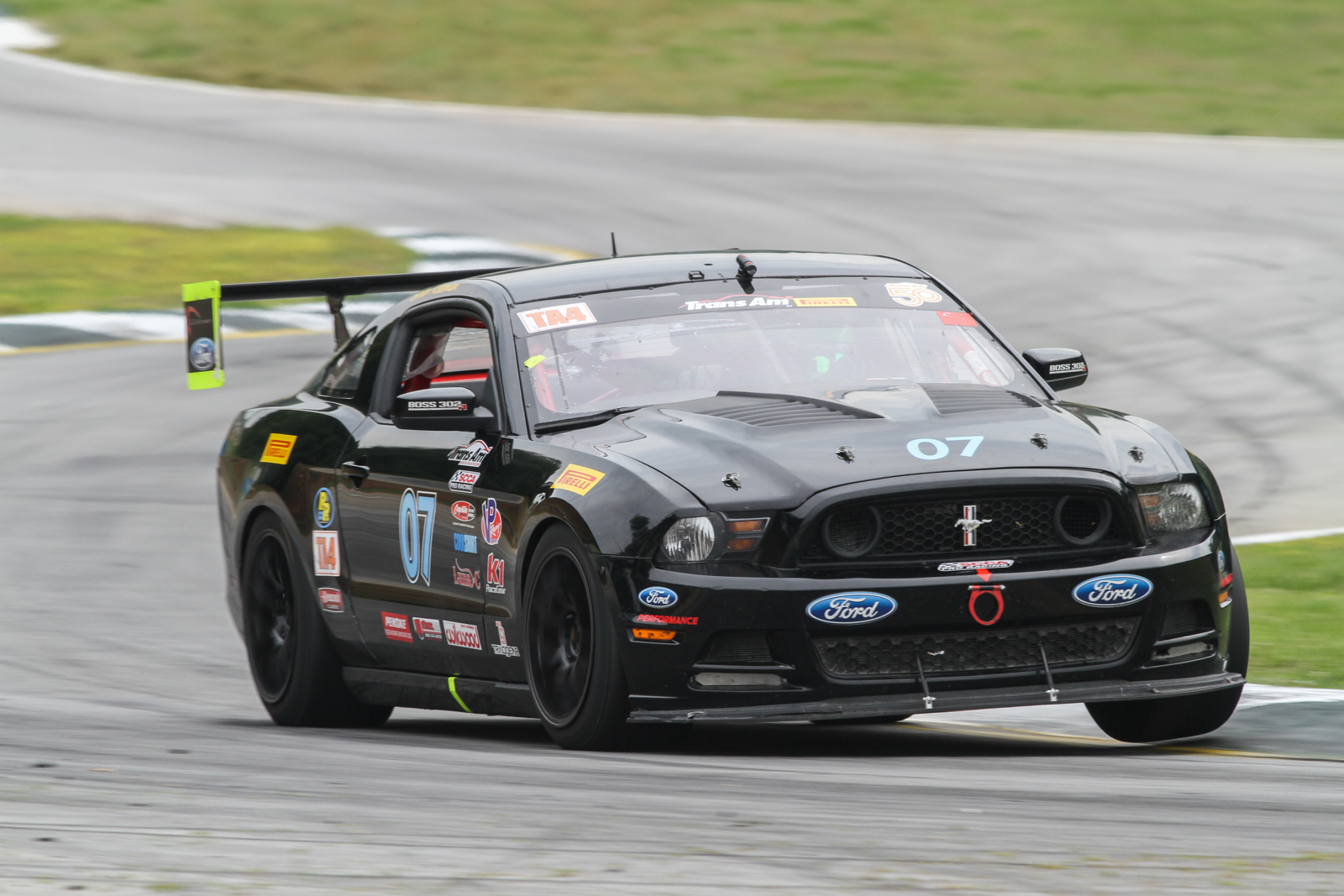 In TA4, points leader Brian Kleeman, in the no. 07 DWW Motorsports Inc Ford Mustang, continued his streak atop the charts— a streak that has seen him earn three consecutive poles and victories in both races so far this season.   Kleeman turned a class qualifying track record 1:27.115, distancing himself from the competition by a solid margin.

General Admission tickets can be purchased at the gate and allow spectator access for all Series.

Round 3 of the 2017 Trans Am Championship Schedule: