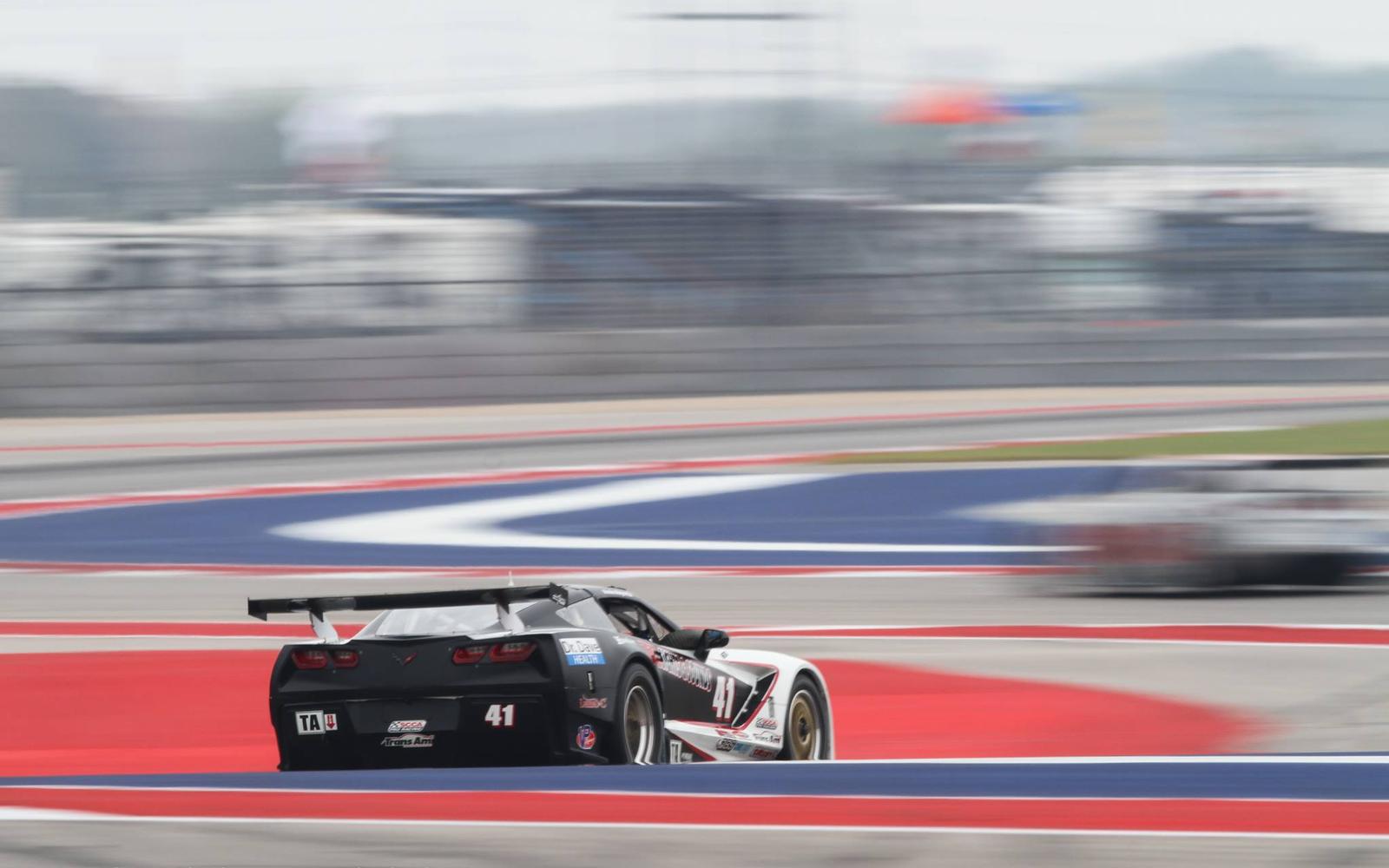 TEAM RELEASE -  Vinnie Allegretta finished 2nd at the Circuit of the Americas in the second to last race of the Trans Am Road Racing Series 50th Anniversary season.  This matches his best finish in the series after a 2nd place at Virginia International Raceway in September. He has now finished runner up in two of his last three Trans Am Series starts.

The podium points pull Vinnie and his TA Sights and Sounds/Dr. Dave(Health) Corvette into the 8th spot in the season championship standings.  He also builds on his lead in standings points for a rookie.

"We set the car up for the long run.  I am getting better and more patient and we needed the car to be constant." Allegretta said. "This was the most strategic race that I have run so far."

As has been the case in recent good runs, Vinnie found himself having to pass a lot of cars to get up toward the front.  This time it was bad luck in qualifying. "Yea, just bad luck. There was an incident on the track that brought out the red flag before we finished our second lap." Said Allegretta.  "So, we really didn't get a good lap in at all." The result of the shortened qualifying session was an 8th place start for the #41 Corvette.

On race day the TA Sights and Sounds car started in the 4th row. "At the start Paul Fix checked out." He said. "We were able to keep pace with the rest of the cars that were ahead of us. It was a matter of trying to be patient and not force things to happen. By being patient we were able to work our way past some good cars and work our way to the front.  It was great for Tony Ave to have a 1-2 finish like that with Fix winning in another Ave race car."

The second half of the season has been good for Allegretta. With a new race debuting at Mid Ohio he notched his first top 10 finish with a 6th.  The team followed that up at Road America with a 4th for their first top 5 finish. At one of the most challenging tracks on the schedule, Virginia International Raceway, he took another step up for his first podium finish, a 2nd.

"There have been a lot of firsts this year.  COTA was another one of those.  "I learned you don't have a lot of time to talk on the radio or check gauges there, because there is so much movement.

This will be his first time at Daytona. "its going to be super fast on this track" Said Allegretta. "I admit that I really like tracks were you can get the speed out of these cars. I really loved Road America and VIR So, I am really curious and looking forward to seeing what this car can do around the banking at Daytona. I know there are some special challenges at Daytona for both me and for setting up the race car.  Thank god I have Tony for all that stuff. I know the car will be right and we can be competitive.

"Finishing 2nd again only makes you want to take that last step up on the podium that much more." He said. "Getting that first win would be the best I know to close out my first season in Trans Am."

Allegretta hold a big lead for the TA class Rookie of the Year and will be looking for his first win at Daytona.

Check GoTransAm.com for updates and results for the 2016 Trans Am finale on November 12. 2016 at Daytona International Speedway.