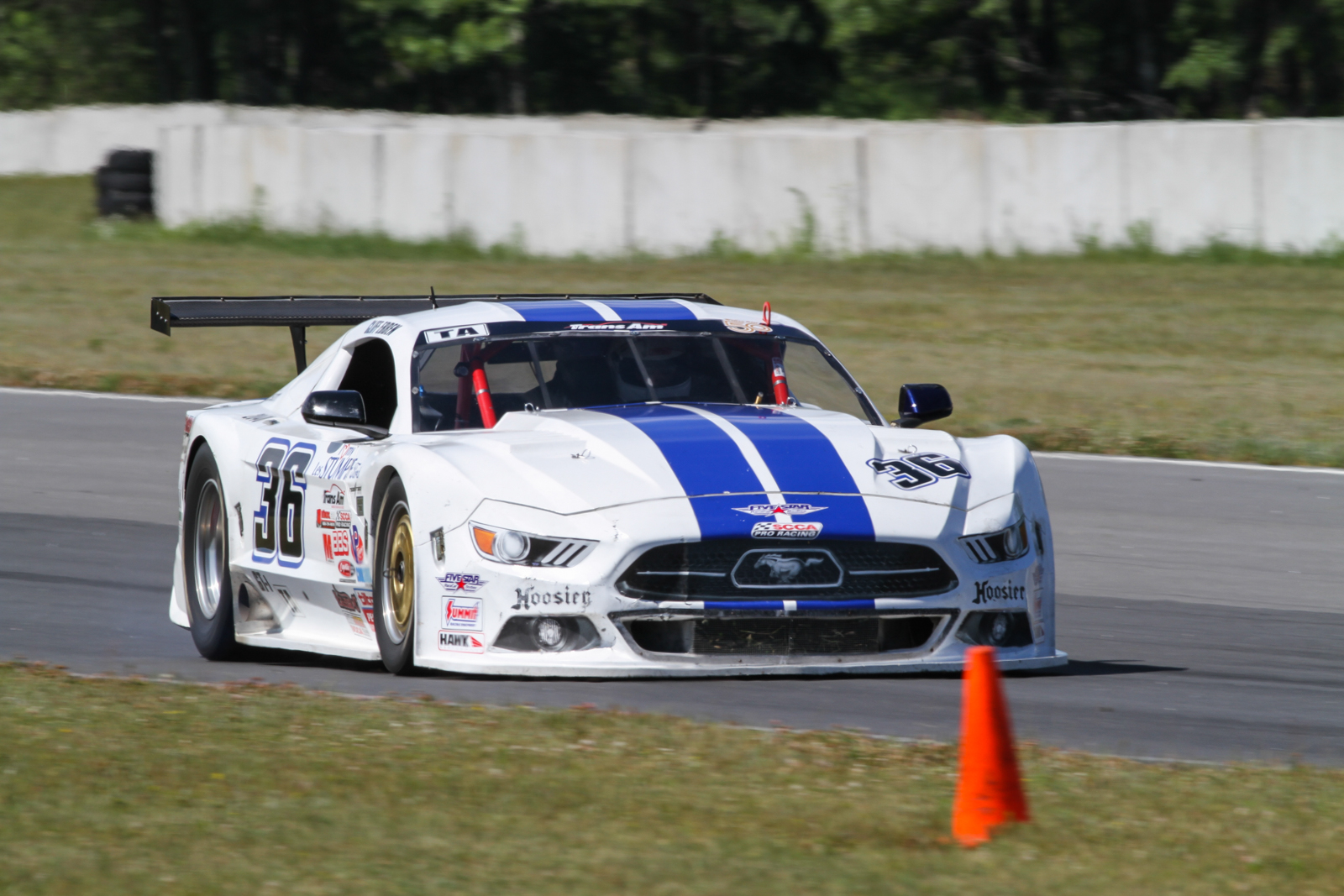 Tony Buffomante, in the No. 34 Mike Cope Race Cars Ford Mustang, captured his third pole of the season with a 1:31.192 lap—a new track record for TA2—around the 2.5-mile competition course at BIR.  Buffomante, who is hot off a victory at New Jersey Motorsports Park in Round 4, is currently tied atop the points standings with defending champion Gar Robinson and leads all TA2 competitors in wins with two to his name so far this season.

The pole puts Buffomante in prime position to capture his third victory, and fourth podium, as his continues his pursuit of a TA2 championship.   The pole position will see Buffomante lead the TA2 field to green in their independent TA2 100-mile race tomorrow, Sunday, July 3 at 1:00 p.m. CT.

Lawrence Loshak, in the No. 5 Pennzoil Platinum/MOMO/ETE Reman Chevrolet Camaro, qualified second, securing a front row sweep for the Mike Cope team with a 1:31.307 lap.   Minnesota native Tommy Archer, in the No. 54 ECC/KolarChev.com Chevrolet Camaro, will start in third position with a 1:31.466 lap, a strong position to challenge for the home track victory he narrowly missed in 2015.

Defending champion Gar Robinson, in the No. 74 Pura Vida Tequila/ 74 Ranch Resort Chevrolet Camaro, will start fourth after turning a 1:31.678 lap; while last year’s BIR victor Dillon Machavern, in the No. 24 Heritage Motorsports Ford Mustang, secured the final Fast Five position with a time of 1:31.750, completing the tight TA2 session.

Cliff Ebben, in the No. 36 Stumpf Ford/ McMahon Group/ Lamers Ford Mustang, will start on pole for tomorrow’s TA, TA3 and TA4 multi-class race at 3:10 p.m. CT.  Ebben captured the pole with a 1:28.272 lap, securing his third consecutive pole in the TA class.   Now, Ebben will attempt to convert his qualifying speed into his first victory of the year.

Starting alongside Ebben will be the ever-present No. 23 McNichols Company Chevrolet Corvette of Amy Ruman, defending TA champion and current points leader.  Ruman leads all TA competitors with two victories this year and will look to add to that tally with a second consecutive victory at Brainerd International Raceway. 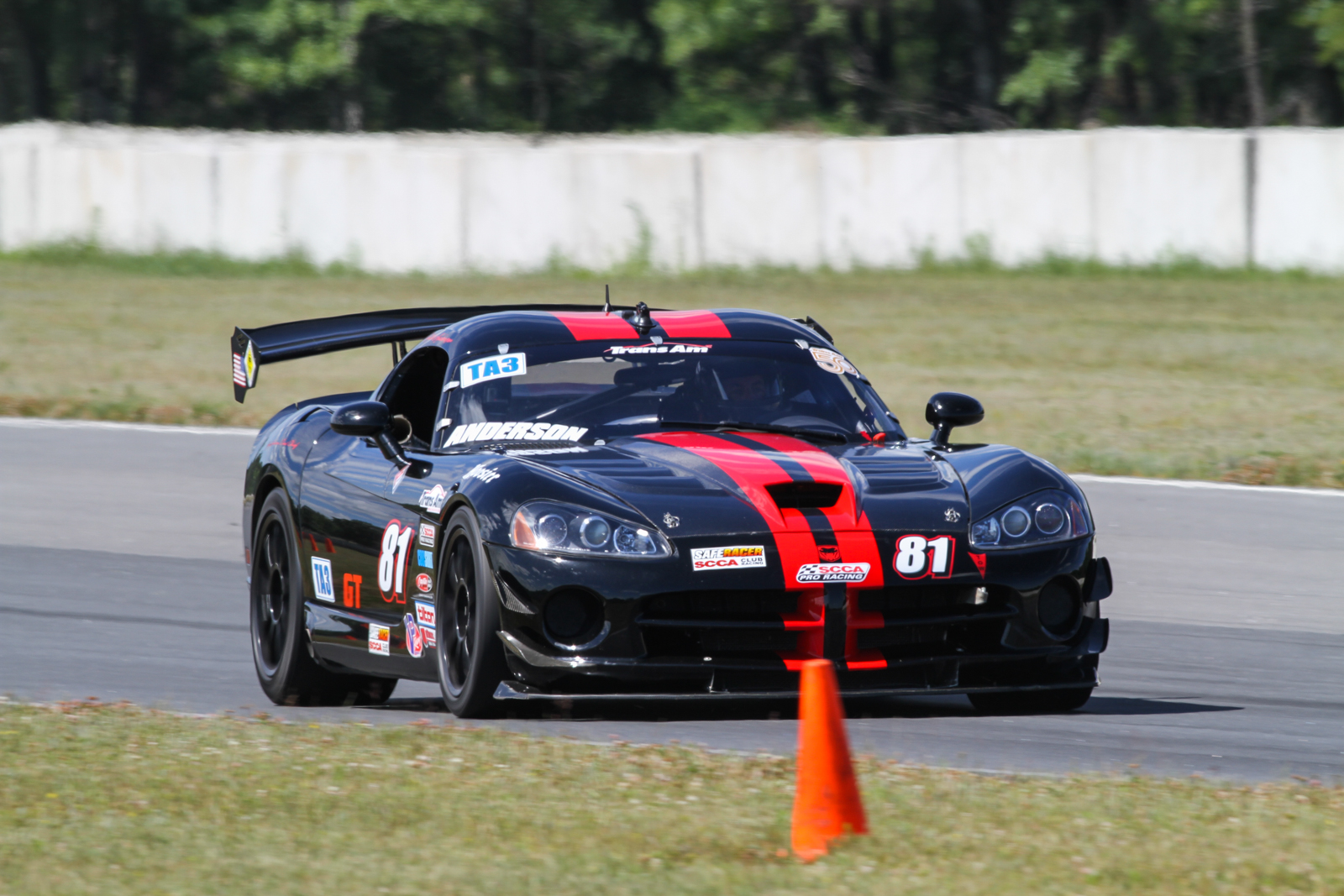 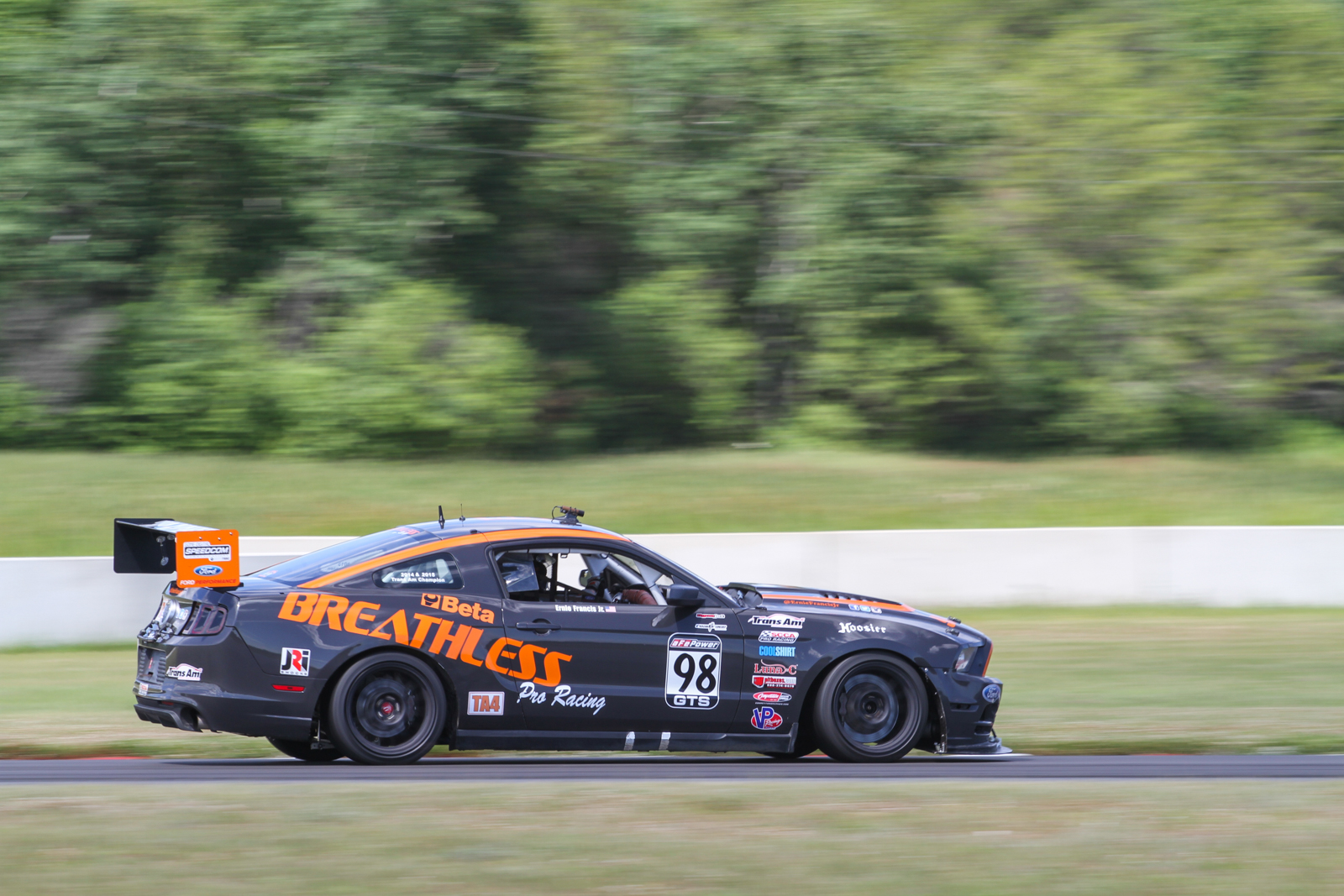 In TA4, two-time defending champion Ernie Francis, Jr., in the No. 98 BetaTools/Liquid Performance, led the way for the TA4 class with a time of 1:36.175, beating out Trevor Janke, in the No. 31 Janke Auto/ Pender Racing Chevrolet Camaro, for the top spot.  The pole is Francis’ third of the year as he prepares to purse his second consecutive win at BIR as well as his third consecutive championship.

Fans can keep up with the action through the Ryan Companies Independence Day Classic online at www.gotransam.com, on Facebook at www.facebook.com/gotransam and on Twitter at @gotransam.

How to Watch on CBS Sports Network: