For Simon Gregg, Watkins Glen is all in the family 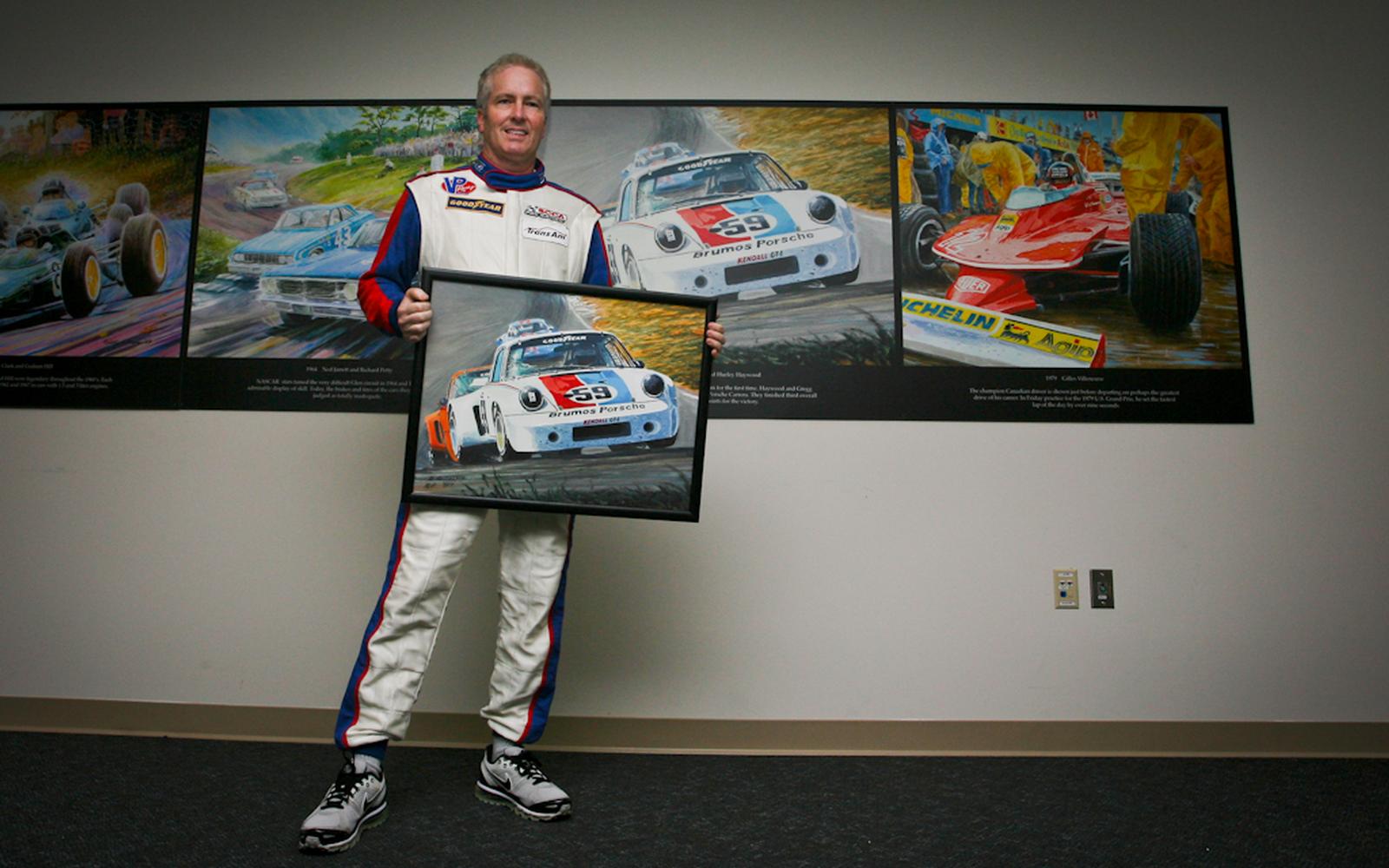 If you ever happen to be in the writers workroom at Watkins Glen International, one of the first things you’ll notice is a twenty-foot long mural that stretches along the right-hand wall.  It’s a wall that displays decades of history at The Glen, offering up moments and memories that are interlaced into what makes Watkins Glen hallowed ground for racers and motorsports fans across the world.
One of the panels on that mural features the all time Trans Am great—the late Peter Gregg.  There Gregg is, engraved in time, pulling through a corner in his Brumos Porsche.  The year was 1974 and it was the first time that Trans Am had taken part in the Six Hours Race at Watkins Glen.  There, Gregg, and teammate Hurley Haywood, won the Trans Am race and placed third in the Six Hours, putting their mark on racing history.
At that very moment a young Simon Gregg was watching his father make history, something that he did quite often during his youth.
Many things have changed over the past 38 years, but there are a few things that remain the same.  The Trans Am Series is still at Watkins Glen and there’s still a Gregg making history.
Simon has followed in his father’s footsteps, racing in the Trans Am series for over a decade now.  He recently celebrated his 100th career Trans Am start with a win at Mid-Ohio and is currently the series points leader.  Throughout the year, he’s been one of the most consistent racers in the series—and the only one to be on the podium for all five races, including two victories.   He’s had unprecedented success in his #59 Gregg Motorsports Chevrolet Corvette this year, and has just completed his 68th race without a mechanical failure.
Gregg can still recall his days watching his father race, and while he can’t recall the exact race of the mural, he remembers the era well.
“They were some of the happiest times of my life, I remember being here, at Watkins Glen, and seeing my father race, being in the paddock and just hanging around.  They were great times.”
Jim Derhaag, who Simon races under with Derhaag Motorsports, took history a step further.  While in the village of Watkins Glen, the series happened to find the original painting the mural was based off of hanging in an art gallery.  Derhaag took it upon himself to purchase the painting and presented it to Simon during and interview Gregg was giving about the mural and his father.
“This is great,” Gregg remarked, “it’s really special to having something like this.  It means a lot.”

In his hands, Simon held a bit of history, and a piece of his father’s legacy, a legacy he’s living up to.  As Trans Am held it’s 35th race at Watkins Glen, Simon was on the podium, placing third.  The same position his father placed in the Six Hours Race.  After all these years, there’s still a Gregg on the podium at Watkins Glen.  And it just feels right.