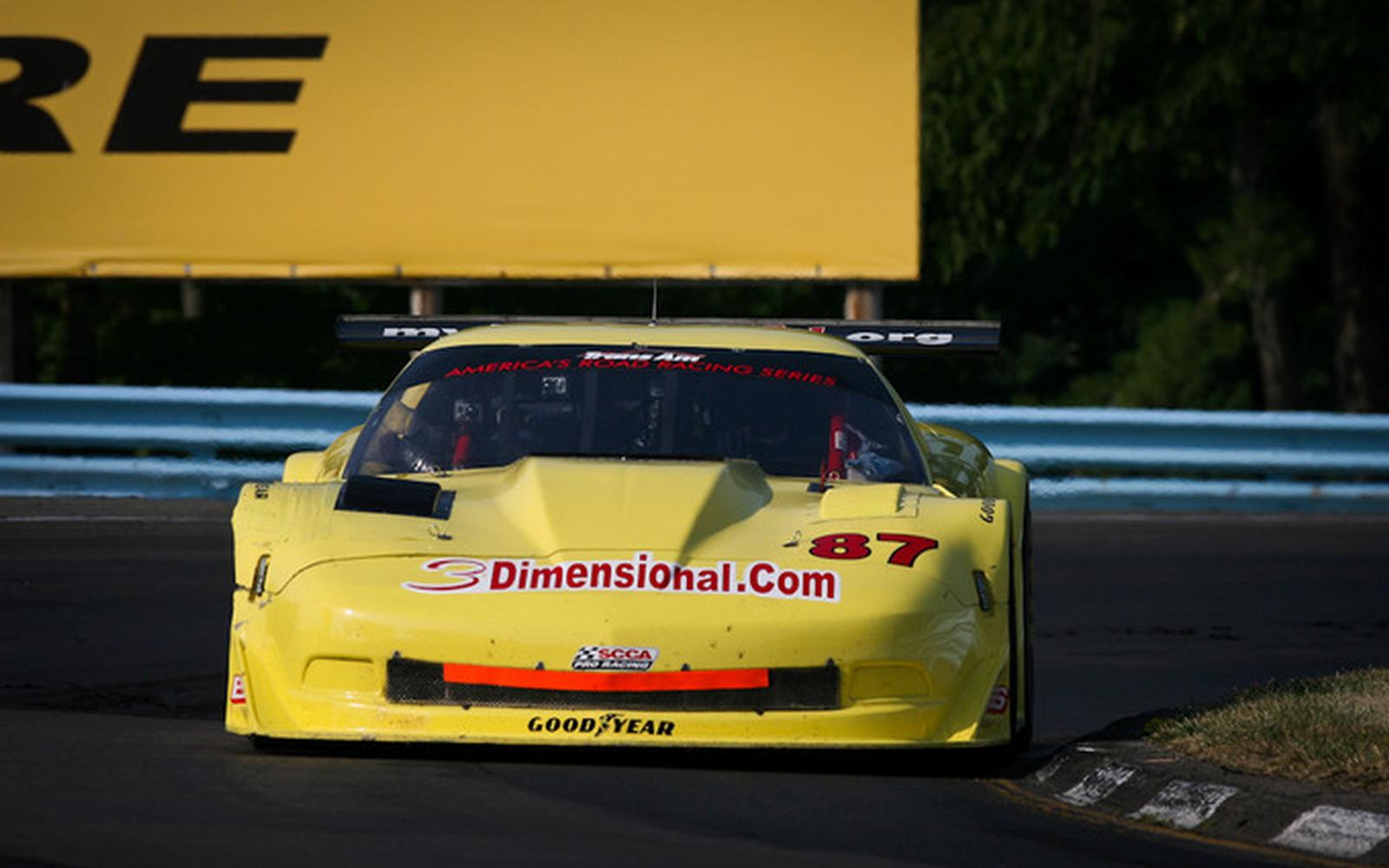 The second practice at Watkins Glen was put under a red flag only three laps into the session when Bob Stretch went off course and collided with a guardrail.  Stretch, the defending TA2 champion, was unharmed in the incident.  Stretch is still planning on participating in the race as the team has a fourth car, which may be ready to go come Sunday if the #98 car is unable to participate.

Stretch was able to set the second fastest time in TA2 for the practice before the incident and his teammate Tom Sheehan set the fastest TA2 time for the practice at 2:00.985, however it wasn’t good enough to get him into the top four in TA2 for combined practice results.
Tony Ave put in the fastest time for the TA class at 1:49.421, subbing in for Doug Peterson in the #87 3Dimensional.com Chevrolet Corvette—Peterson will be racing in the car come Sunday.  The time was good enough to put the car at the top of the TA practice times.
Cameron Lawrence still holds the fastest time for TA2 at 2:00.314.  While he has been impressive in the #11 Ctek Battery Changers/Motorstate Chevrolet Camaro, he’s yet to  have a qualifying run in the  car.  Wether or not he can carry this momentum into qualifying or the race is still to be seen.
Qualifying will take place at 1:00 p.m. with the race to take place on Sunday with pre-race ceremonies to begin at 12:30 p.m.  The race will officially begin at 1:00 p.m.
For more details on the race and upcoming events follow @gotransam on twitter, check in at www.gotransam.com, and keep up on Facebook at www.facebook.com/gotransam.
MAVTV will also air the half-hour Trans Am Series weekend recap show produced and directed by GoRacingTV.com the week following this weekend’s event. The first of three airings will be Sunday at 5:00 pm EDT (2:00 pm PDT). The first encore airing follows on Thursday at 9:00 pm EDT (6:00 pm PDT), followed by a second encore airing on Friday at 12:00 am EDT (Thursday, 9:00 pm PDT).
blog comments powered by Disqus