Braselton, Ga.  (May 10, 2017) – The Trans Am Series presented by Pirelli will descend upon the iconic straights and esses of Road Atlanta this weekend, bringing with it a field of 55 cars across its four classes; as the series prepares for round three of the 13-event championship, this time alongside Formula Drift’s Drift Atlanta weekend—combining two very different forms of motorsport for a single weekend showcase.

On its own, Trans Am will hold two separate 101.6-mile races, the equivalent of 40 laps around the iconic 2.54-mile Grand Prix course, with the TA, TA3 and TA4 classes combining for a multi-class showcase and while TA2 holds another Trans Am Muscle Car Challenge independently.

TA2, Trans Am’s modern re-creation of the “pony wars” of days past, stands as the largest class in attendance for the event with 19 entries; and while the class’ championship hunt is only in its fledgling stages, one would be pressed to overlook the red hot starts of both Dillon Machavern, in the No. 24 Heritage Motorsports Ford Mustang, and Gar Robinson, in the No. 74 Pura Vida Tequila/ 74 Ranch Resort Chevrolet Camaro.

Machavern and Robinson have both begun the new season in fine form, each with a win and a second place finish to their names after just two rounds.  Machavern opened the year with a dominant flag-to-flag victory at Sebring while Gar Robinson emerged victorious in a Homestead-Miami battle of endurance that featured nine lead changes and five different leaders.  The two drivers are separated by a single point atop the standings, 64 to 63, with Machavern holding the slightest of advantages.

Also in attendance for the TA2 are the victors of the past five TA2 races at Road Atlanta: 2016 victor and defending TA2 champion Tony Buffomante, in the No. 34 Bestline Superior Lubricants Ford Mustang; 2015, 2013 and 2012 victor Cameron Lawrence, in the No. 19 ClassAuto Chevrolet Camaro; and 2014 winner Adam Andretti, in the No. 44 ECC/ Anchor Bolt & Screw Chevrolet Camaro.

The event also marks the TA2 debut of Sheldon Creed, in the No. 12 Stevens Miller Dodge Challenger, joining fellow rookies Ray Neveau, Elias Anderson, Mitch Marvosh and Phil Lasco as they try to make their own marks on the deeply talented TA2 field. 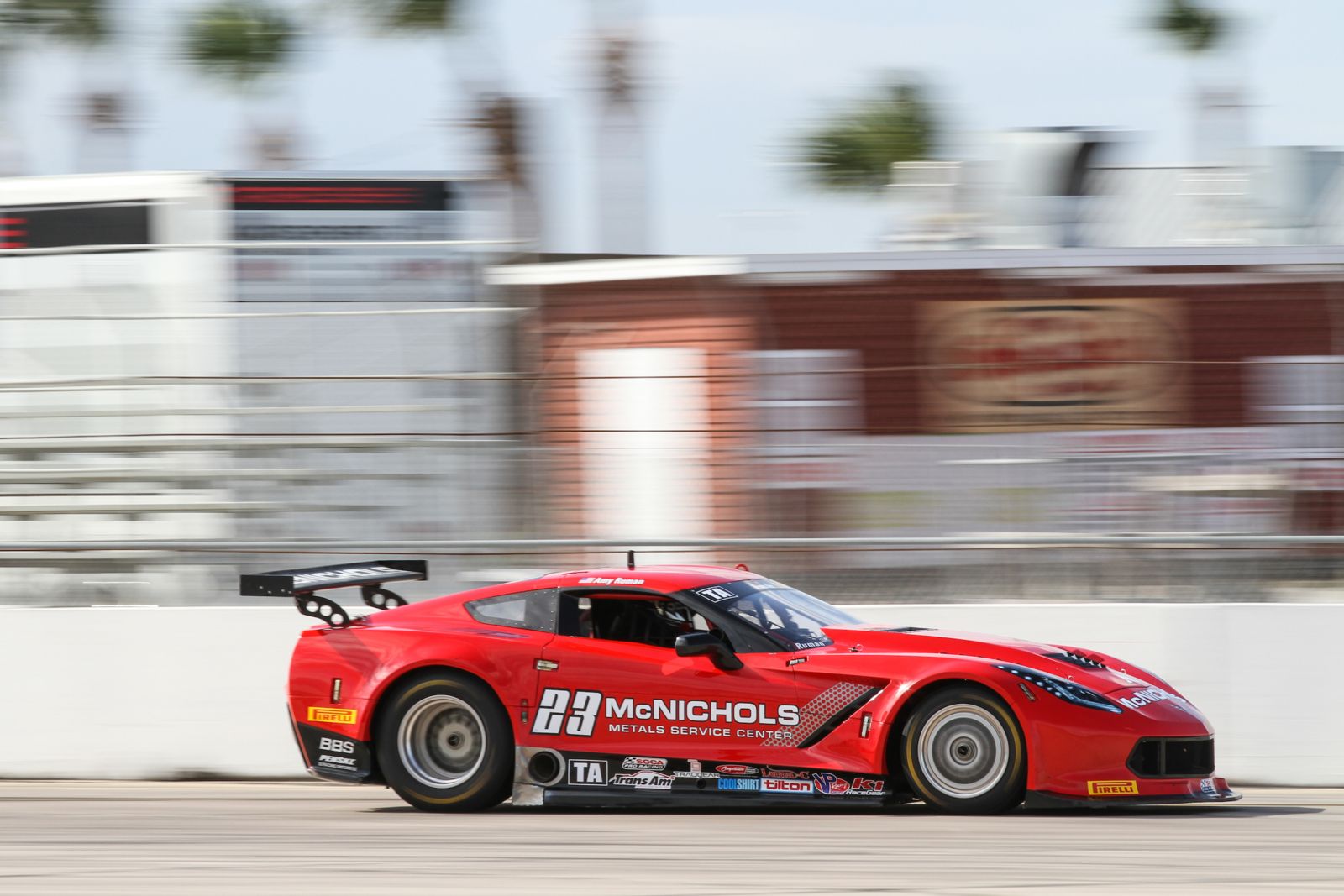 Not to be outdone, the TA class, featuring the thunderous 875-horsepower grand touring racecars synonymous with the Trans Am name, brings with it an assortment of talent.

2017 race winners Cliff Ebben, Sebring victor in the No. 36 Stumpf Ford/ McMahon Group/ Lamers Ford Mustang, and Ernie Francis, Jr., Homestead-Miami winner in the No. 98 Breathless Pro Racing/ Beta Tools Ford Mustang, will both be in attendance, looking to build on their early points leads.

Two-time TA champion Amy Ruman, in the No. 23 McNichols Company Chevrolet Corvette, is also entered, ready to defend what has become a home-away-from home for the Ohio native.  Ruman made history here in 2011, becoming the first woman to win a Trans Am race; likewise her 2016 and 2015 TA victories at Road Atlanta played a crucial role in securing her equally historic Trans Am Championships.   Ruman stands ready to go again, but now against a very different looking TA class than years past.

The names of longtime rivals Doug Peterson, now plying his trade in TA2, and Paul Fix are no longer featured on the charts; and while plenty of familiar faces remain, a fresh wave of TA class challengers will feature this weekend at Road Atlanta.  This wave, alongside Ernie Francis, Jr., includes 2016 Rookie of the Year Vinnie Allegretta, in the No. 41 TA Sights and Sounds Chevrolet Corvette; a resurgent Tomy Drissi, in the No. 8 Arthritis Foundation Chevrolet Corvette; and the interesting addition of one Justin Marks, racing with Tony Ave Racing in the No. 33 GoPro Motorplex Ford Mustang.

The event stands as Marks’ Trans Am debut, but he brings with him a lengthy career in motorsports featuring successful stints in World Challenge, the Rolex Sports Car Series and a variety of NASCAR Series, including a NASCAR Xfinity Series win at Mid-Ohio Sports Car course in 2016.   Now Trans Am drivers and fans will wait and see what kind of immediate impact Marks can conjure behind the wheel of a TA class machine. 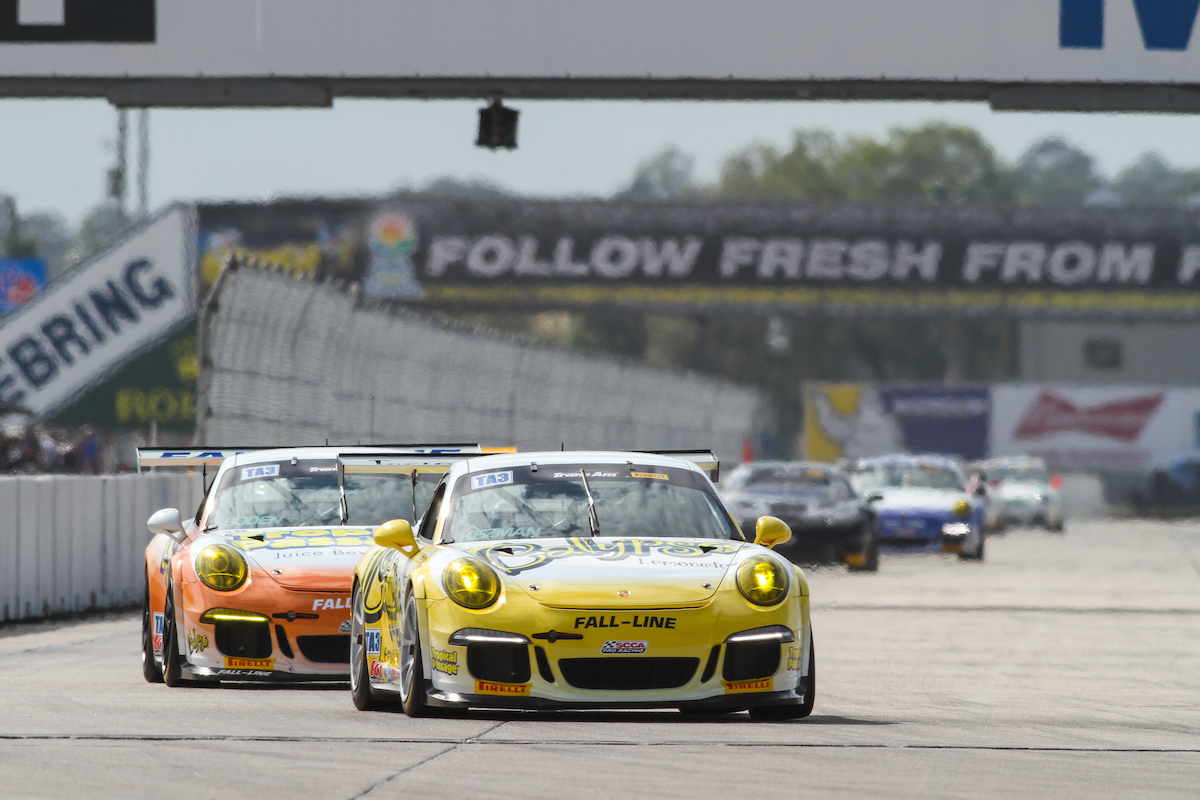 The TA3 class, already off to its most competitive season to date, will feature 12 entries of its own.  The top three in the class points, Randy Kinsland, Homestead-Miami winner in the No. 11 Kinsland Racing Chevrolet Corvette, Mark Boden, Sebring victor in the No. 46 Fall-Line Motorsports/ Calypso Porsche 911 GT3 Cup, and Conor Flynn, in the No. 95 Irish Mikes Automotive Porsche, are all entered. 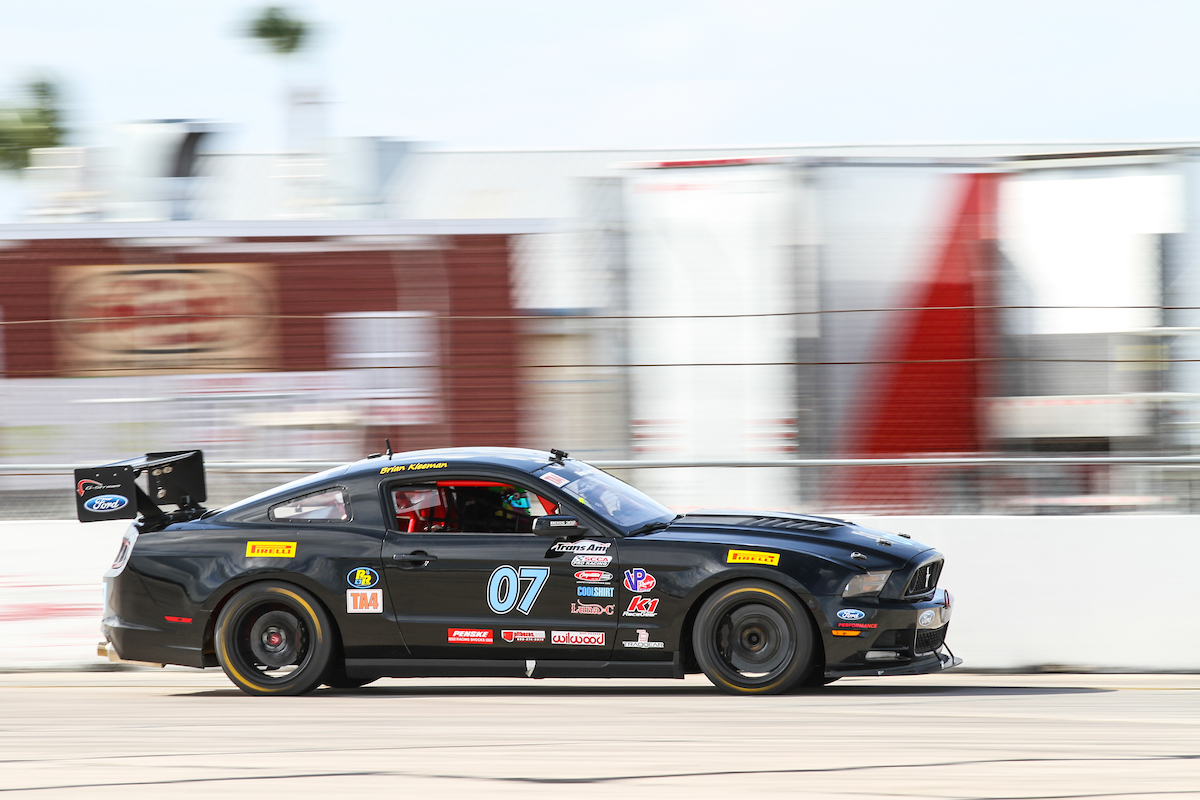 In TA4, Brian Kleeman, in the No. 07 DWW Motorsports Inc Ford Mustang, will seek to continue his two-race winning streak.  So far Kleeman has started on pole and won both races in TA4 this year.  At Road Atlanta he headlines a seven-car field that includes Steven Davison, Mel Shaw, Todd Napieralski and Kleeman’s teammate Chris Outzen.

General Admission tickets can be purchased at the gate and allow spectator access for all Series.

Round 3 of the 2017 Trans Am Championship Schedule: