Racing in the Trans Am Series presented by Pirelli since 1977, 75-year-old Kerry Hitt showed no sign of slowing down in 2020. The Harrisburg, Pennsylvania, driver competed in eight of the nine races, scoring seven top-10 finishes in his No. 19 Advanced Composite Products Cadillac CT-V. Hitt finished fifth at Brainerd, placing him a solid sixth in the final point tally in addition to earning Masters honors in the top TA class.

Hitt’s first start resulted in a sixth-place finish in the 1977 Six Hours of The Glen, driving a Corvette. Over the next 20 years, he competed in selected events, returning to the series in 2013. Hitt ran his first fulltime season in 2014, finishing fourth in the championship, and has been a regular since then. He also placed fourth in the 2019 championship. 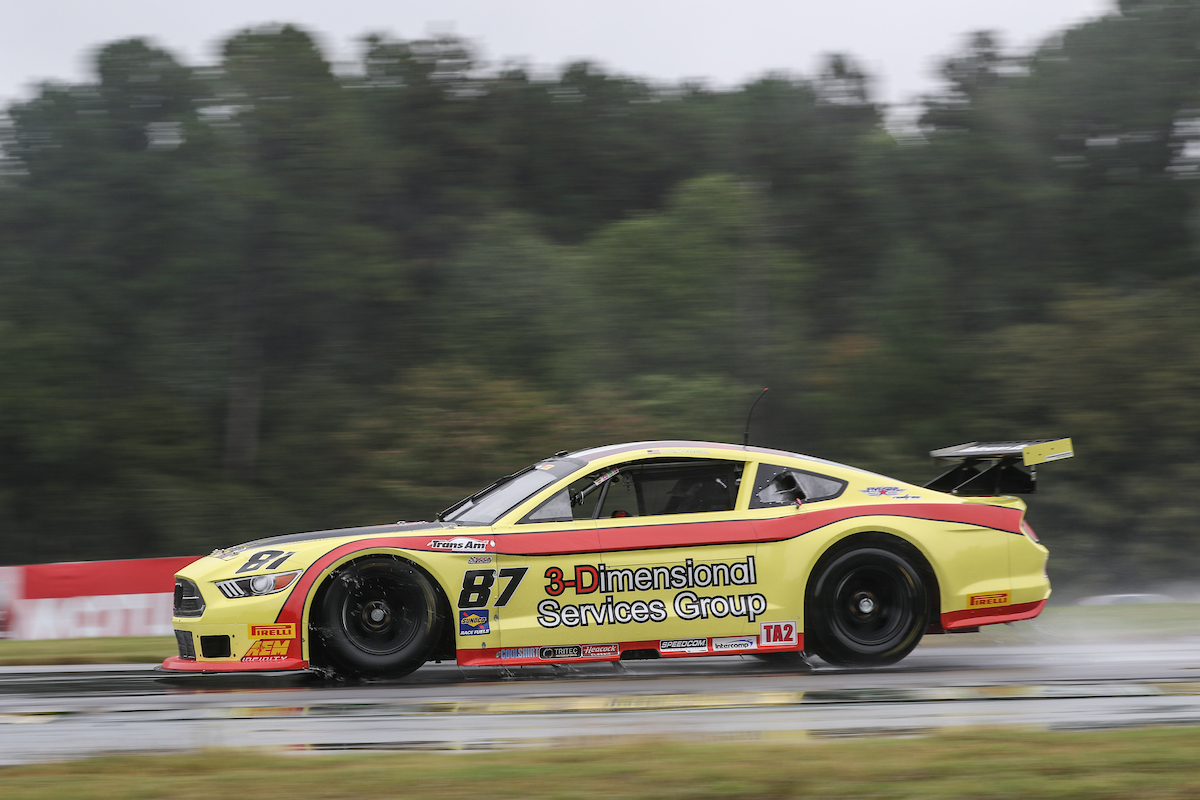 “Our season went pretty good, considering it’s 2020,” Hitt said. “There were some disappointments, I didn’t get to run some of my favorite tracks, Lime Rock and Watkins Glen. We actually spent a lot of the year researching the car, and right now we’re really looking forward to Sebring and this coming year. We’ve got the Cadillac to where it’s handling better than ever before. Much of that’s possible due to the work of my crew chief, Roger Linton. It showed up best at VIR, where we were on the pole for three-quarters of the qualifying session in the rain. We didn’t have any communications setup in place for qualifying. I was actually able to pass Boris Said at one point – the car just stuck like it was on rails.”

Hitt’s best career finish was at Sebring in 2017, when his Cadillac placed second behind Kenny Bupp. He has 108 career starts, with 11 top-five and 68 top-10 finishes.

TA2® presented by AEM produced co-champions in the Masters class, with Doug Peterson and Maurice Hull tied for 11th in the standings with 106 points each. 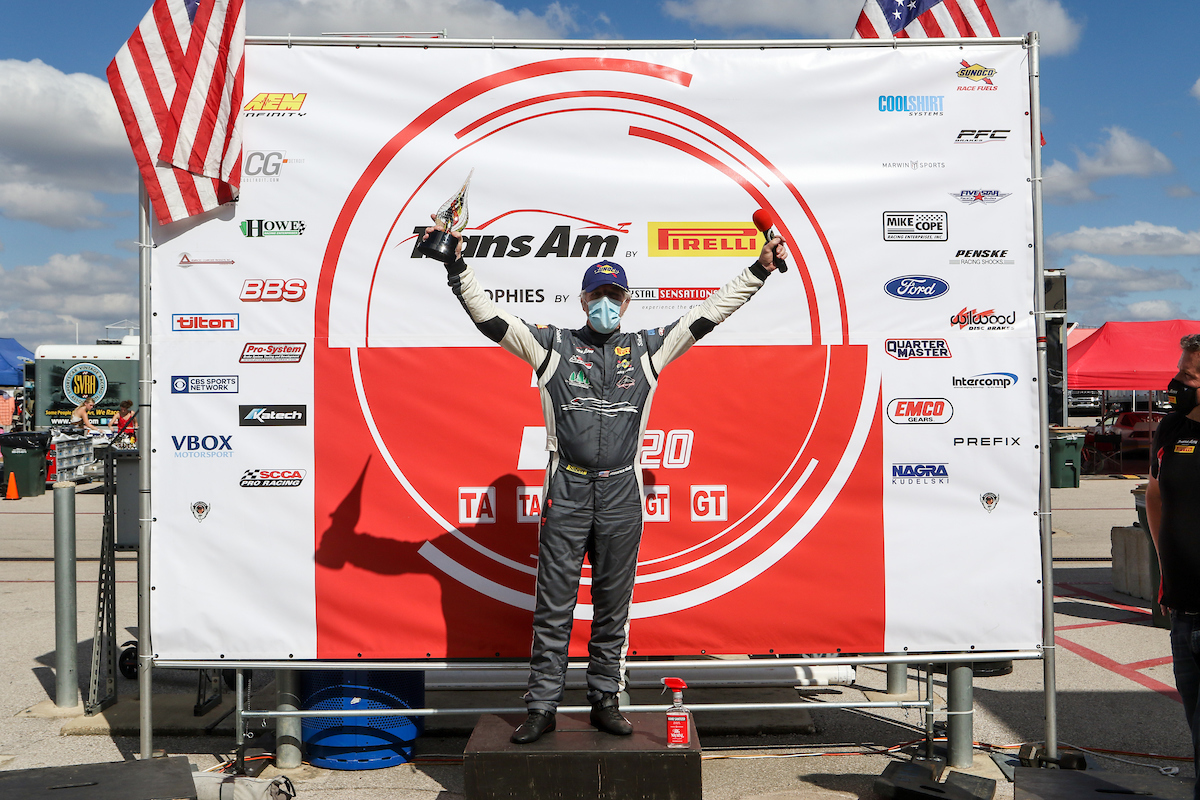 A two-time TA champion, Peterson drove the No. 87 3-Dimensional Services Group Ford Mustang. He finished 11th in the final standings. He finished fifth in the combined race at VIR, in addition to sixth at Sebring and seventh in the Road Atlanta finale. Peterson also raced once in the TA class, finished fifth at Mid-Ohio in a double-duty weekend.

Peterson’s first Trans Am season was in 2011, when he ran four races in a Jaguar XKR. He went full-time the following year in a Corvette, winning two races, and claimed the championship in both 2013 and 2014 with a combined 11 victories and eight poles. He has 81 career starts, with 13 victories, nine poles, 27 podiums, 38 top-fives and 55 top-10s.

Hull ran the full schedule driving the No. 57 Magnus Performance Products Products Chevrolet Camaro ZL1with Silver Hare Racing. Hull’s best finish of ninth came in the final race of the season at Road Atlanta. He also finished second in the Southern Cup standings. It was Hull’s fourth season in Trans Am dating back to 2017. His best career finish was seventh at VIR in 2017. 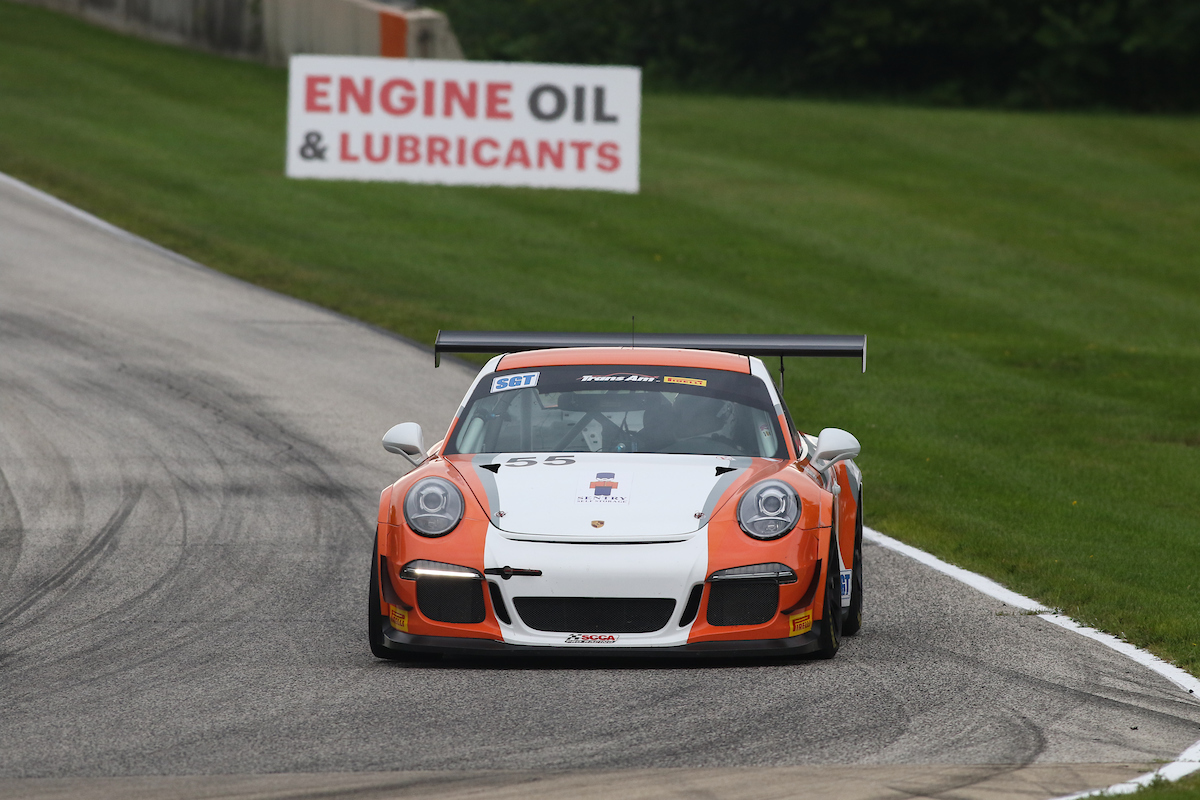 Milton Grant captured Masters honors in SGT, finishing third in the championship with three podium finishes in seven races. Driving the No. 55 Sentry Self Storage Porsche 991.1 GT3 Cup, he took third at Road America, the combined race at VIR, and Circuit of The Americas.

The 71-year-old driver from Germantown, Tennessee, managed to beat his son Carey by two positions in the final standings, although Carey managed to take second at Road America – one position ahead of his dad.

Milton’s brother Richard raced against him in all the races although in the TA class – where he finished seventh in the standings and second in Masters.

Dan Schlickenmeyer’s second-place finish in the Saturday race at Road Atlanta was good enough to earn him Masters honors in GT.

Mitch Marvosh earned Masters honors in the West Coast Championship TA2® category. Driving the No. 29 Ford Mustang, he ran in all five races, with a best finish of third in the COTA finale. 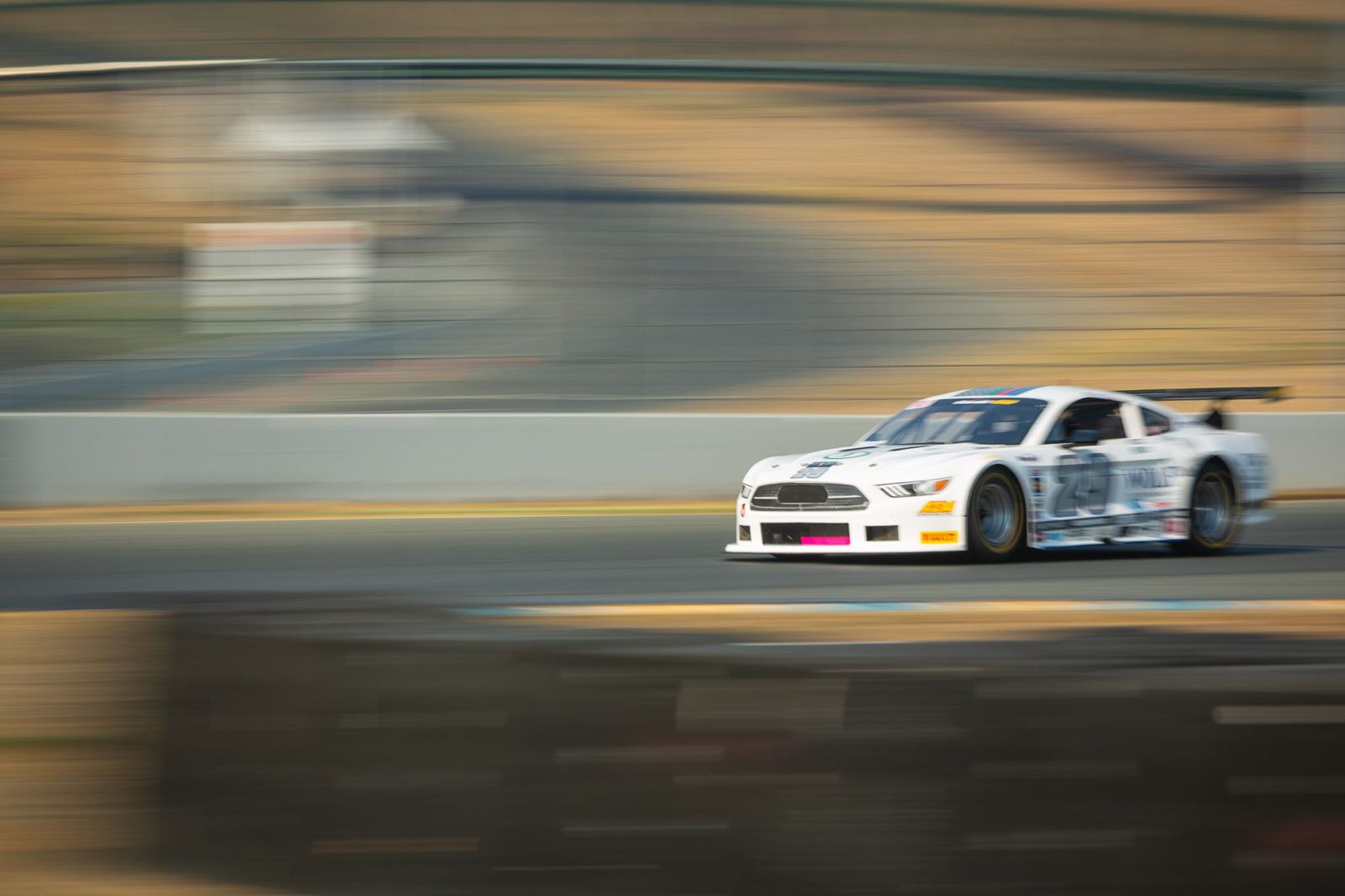