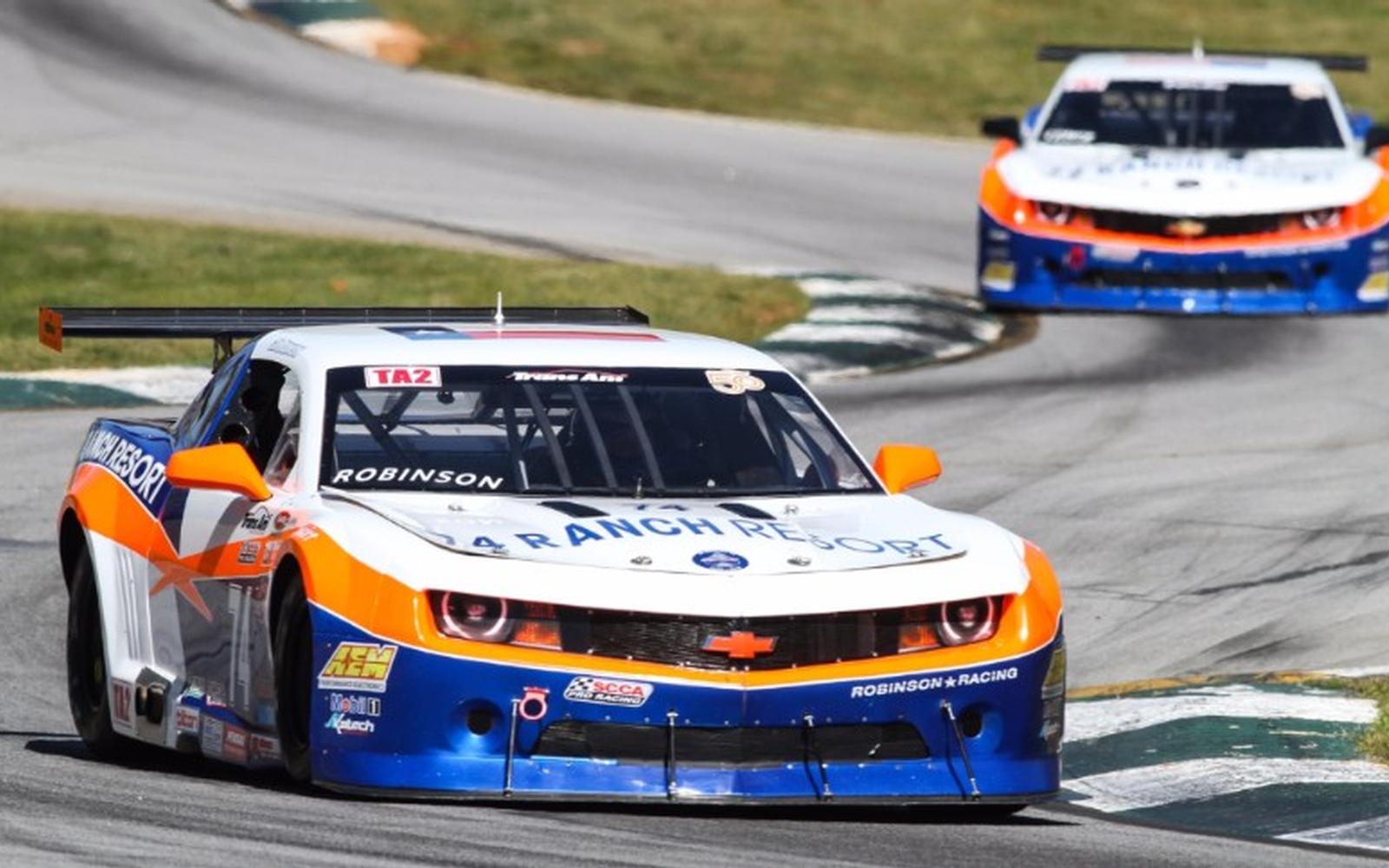 On Sunday, Trans Am held Round 2 of the 2016 Championship at Road Atlanta in Braselton, Georgia, with an independent race for the TA2 Class of race cars. The 2015 Trans Am TA2 Champion and Rookie of the Year, Gar Robinson piloted his No. 74 Chevrolet Camaro to second place in qualifying on the challenging 12-turn, 2.54-mile circuit, among the rolling hills and tree-lined terrain of northeast Georgia. With 26 other competitors in the battle, including his teammate Shane Lewis in the No. 72 Chevrolet Camaro, Gar began the race in solid form, setting a new track record on the third lap of the race with his best time of 1:26.948. But the start of this great run was soon spoiled by power steering failure, and he finished the race in 11th place.

"It was disappointing, as Shane and I both had winning race cars," said Gar. "I felt a shudder coming from the steering, but I thought it was just nothing. When the power steering finally went, the car turned into a monster. I was constantly having to correct the car to maintain the lap times that I do. Without the assist, the lap times and my endurance dropped."

Shane Lewis' run in the No. 72 Chevrolet Camaro began with a fourth place start on the grid but then was soon plagued by "race gremlins", as he calls them. Five burned spark plug wires were the culprit, resulting in continuous, diminishing power during the 40-lap race.

"On the final lap and the final turn 10, the engine popped and sputtered; the car barely made it up under the bridge, as I rolled downhill across the finish line in ninth place," noted Lewis. "A Top 10 finish on three remaining cylinders: I don’t know if I should laugh or shed a tear, knowing how good the car was at the start."

After two races in the 2016 Chase for the Trigon Trophy, Gar Robinson is second in the TA2 points, 9 points behind first place and 2 points ahead of third, bolstered by his victory in the first round at Sebring International Raceway. Shane Lewis is currently in seventh place, having scored top 10 finishes in the first two rounds.