From a young age, Natalie Decker set her goals high in the motorsports industry.  Now, at age 22, the Wisconsin native is already well on her way towards becoming one of the top young drivers in the NASCAR scene.

Victories and a strong fan base have been a part of Decker’s life and career since she first got behind the wheel of a go-kart.  In the years since, she has won races and championships, all leading to being a part of the NASCAR Drive for Diversity program and on her way into the top levels of the sport.

It all started as a young racer, where she won four track championships around her native Wisconsin in go-karts.  From there, it was a move into full-sized stock cars.  She was the CWSSA Super Stock champion out of a talented field of 35 drivers.  Success continued in the Limited Late Model division, where she won one race and had two podium finishes.

Another step up the racing ladder led her to becoming the Sportsman of the Year in the Midwest Truck Tour and one win and the Rookie of the Year crown in the Triple Crown Super Truck Series.

It was Decker’s move into the competitive Late Model ranks that really began her rapid rise onto the lists of top up-and-coming racing stars.  She completed in every lap of the World Series of Stock Car Racing at Florida’s New Smyrna Speedway in 2013.  Her on-track success led her to being selected to the 2013 and 2014 NASCAR Rev Racing Drive for Diversity combine.

At State Park Speedway in Wisconsin, Decker had 10 fast times and seven feature races in 2014, leading her to the track championship.  She was also the Rookie of the Year and finished fourth in overall points in the State Park Super Late Model division.

Top-level management at NASCAR selected Decker to be a part of the NASCAR Drive for Diversity program with proven race-winning team Rev Racing in 2015.  She battled week in and week out against the top short track racers in the country at “The Birthplace of the NASCAR Stars,” Hickory Motor Speedway.  Decker turned heads at Hickory and beyond with the Rev Racing team and also saw plenty of success with her family-operated Super Late Model tracks from Wisconsin to Florida.  That success came in the form of four Super Late Model victories between Golden Sands and State Park Speedways.

Adding to her history of breaking records, Decker became the first female racer to ever score a podium finish in the ARCA Midwest Tour.  Her success in the state of Florida through the season also earned Decker the prestigious title of NASCAR Whelen All-American Series Rookie of the Year in the Sunshine State.

In 2016/2017, Decker has her sights set on continuing her progression up the NASCAR racing ladder as she sets her sights on achieving more victories and accolades on short tracks across America.

In 2018 Decker made Pole Position and finished 5th in the ARCA series at Daytona International Speedway. She finished 7th overall in the ARCA Series Point Standings.

She made her road course debut at Road America with AVE Motorsports in the Trans Am Series.

For the 2019 race season Natalie signs with DGR-Crosley in the NASCAR Gander Outdoor Truck Series. Also after her success in 2018, AVE Motorsports brought her back for 5 more Trans Am Races in 2019. 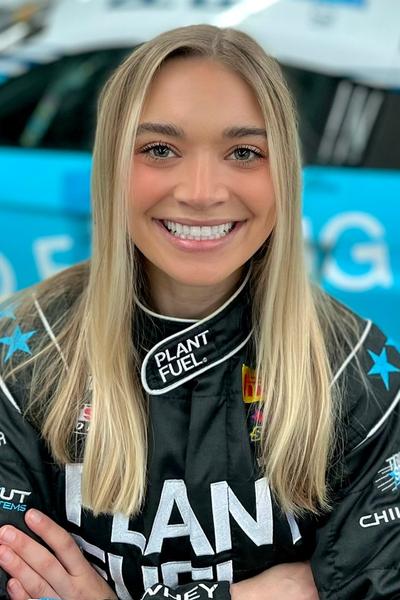