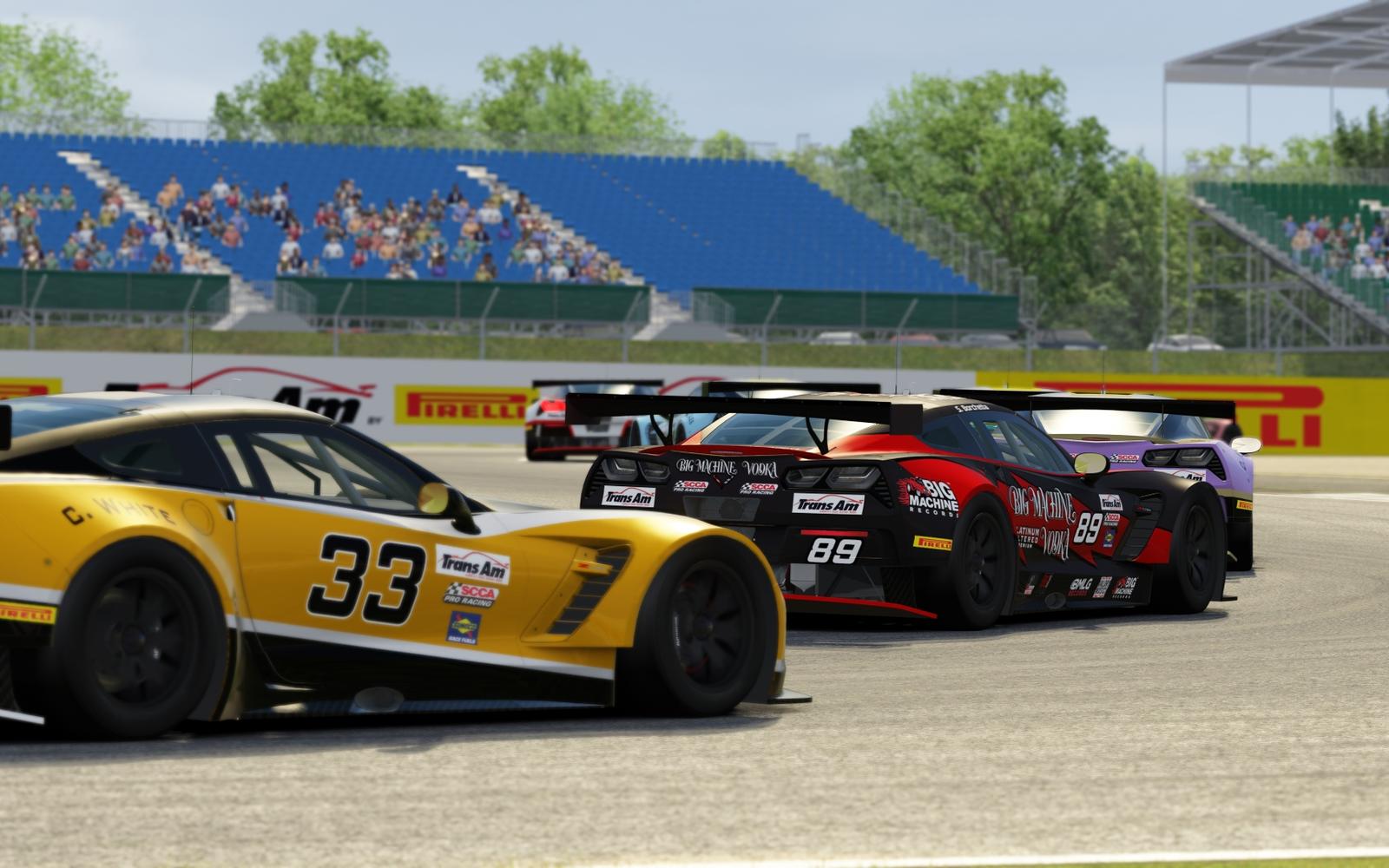 Towcester, United Kingdom (18 June 2020)- The first ever Trans Am by Pirelli Esports Championship winner will be determined on Saturday, June 20 as the virtual series comes to a close at the legendary Silverstone Circuit.

After seven rounds and 14 races, only three points separate championship leader Tyler Kicera and second place Josh Hurley. If a close margin of points separating the top drivers entering the finale wasn’t dramatic enough, both drivers have been thrown a wrench that could affect the outcome of Saturday’s doubleheader.

Showing unwavering talent on the sim, Kicera may need all of his SIM skills arriving as he’ll carry a penalty ballast of 88 pounds in the final round after a stewards’ review of an on-track incident at Bridgehampton in the penultimate round

“I am thrilled to be going into the final round of the championship in the lead,” said Kicera. “However, coming out of Bridgehampton, I'm going to be running with a 40kg weight penalty for avoidable contact with (Ernie) Francis Jr. At a track like Silverstone, that really puts me at a disadvantage, as it's worth close to a full second on lap time.

“Through this series we’ve seen anything can happen though,” continued Kicera. "It's been an incredible fight to get to this point and I'm proud to have represented my partners, Carbotech Brakes and Howe Racing Ent., throughout, putting us in the winners circle five times with a shot at the big prize. Big thanks to John Clagett at Trans Am, Torque Esports and UMG Gaming for providing us drivers with an awesome platform to showcase our abilities. Regardless of how this turns out, I'm going to walk away with my head held high and look forward to backing it up in the real world.”

Hurley will face his own set of challenges this weekend. With real-world racing responsibilities taking him away from his California home base to Pittsburgh International Race Complex, Hurley will have to use a loner rig from the track to wheel his final Trans Am laps in a sim, adding another layer of drama to the climax of the season.

“It’s going to be a really interesting day on Saturday,” Hurley said. “First off I hope the sim at Pitt Race works correctly and my internet connection is strong, since I will be on location this weekend. But, I think with the limited time I have had to prepare for this race compared to the others, and with the different sim, should be equalized by the fact that Tyler (Kicera) has a 40kg penalty. So assuming I get to race I’m really looking forward to the fight.”

However, it works out between the two rivaling drivers, one thing’s for sure, fans are in for a lot of action.

“It will be close, with crazy circumstances for both of us,” Hurley explained. “It’s going to be a wild finish for sure for the fans.”

Round 8 of the Trans Am by Pirelli Esports Championship starts Saturday at 3:00 p.m. Eastern at Silverstone. The day will feature a swift qualifying followed by two 20-minute main events. For added excitement, the second round will be an inverted field.