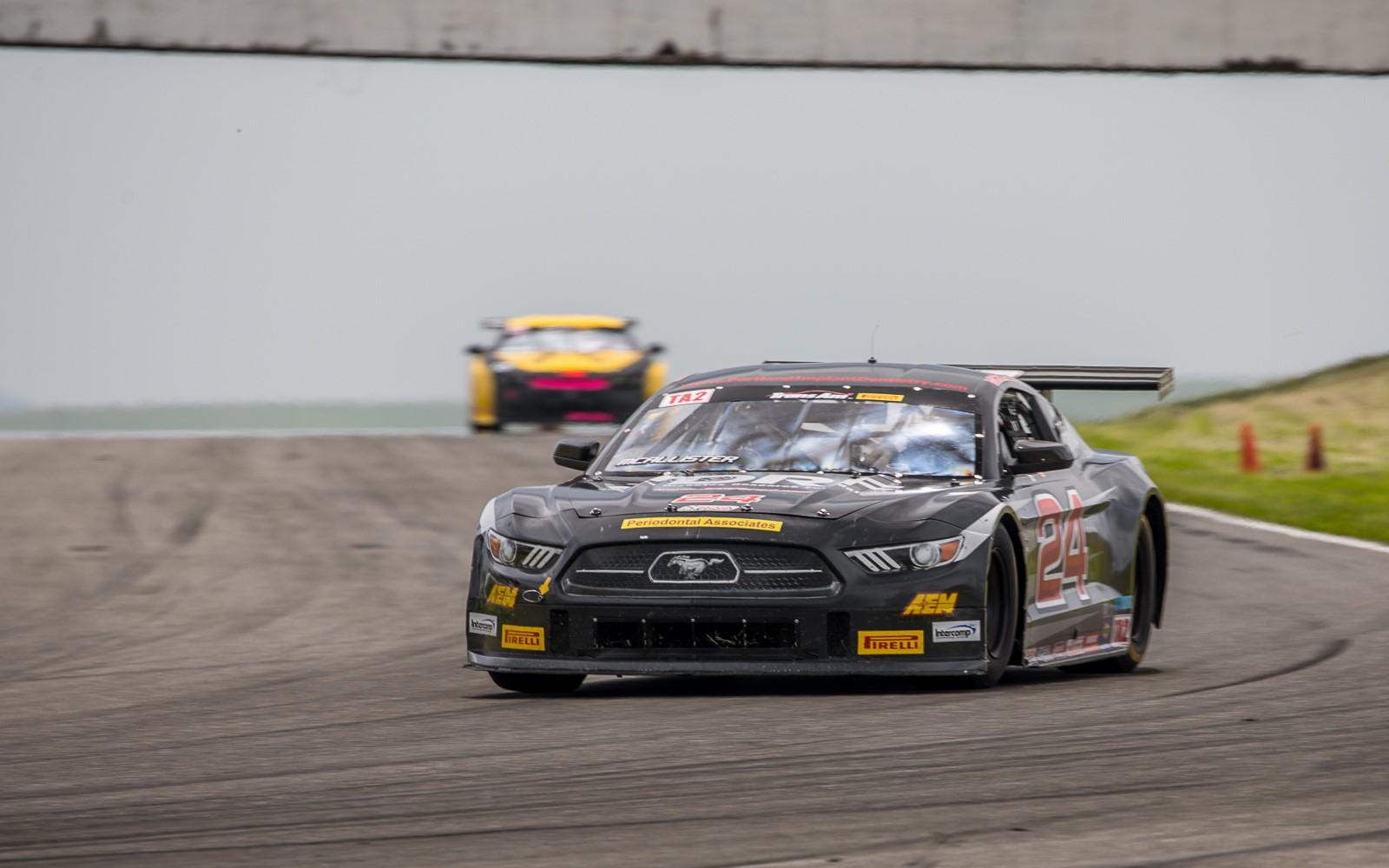 For the third consecutive year, the Trans Am Series presented by Pirelli West Coast Championship travels to Auto Club Speedway in Fontana, California, April 26-28, showcasing a mixed class of Trans Am, TA2 powered by AEM and GT class cars.

“I am delighted to be going to a great facility like Auto Club Speedway, it is a place where we really get to stretch our legs in these big, fast TA class cars,” Pickett said of the roval configuration track. “It is a real compromise to have a car that is good in the infield but is set up to get the most out of the oval section as well. It is a blast in these cars. I’ve got a really experienced team behind me and we will hopefully be able to do what we did at Thunderhill!”

Following a daring inside overtake going more than 100-miles-per-hour, Brad McAllister seized the championship lead in the TA2 powered by AEM class during the season opener at Thunderhill. Over the last two years, McAllister has finished second in Fontana, and looks to capture the elusive checkered flag on Sunday.

But it will be far from a direct path as the TA2 contingent continues to attract strong drivers.  Anthony Honeywell, who stands second in the championship, will be pressuring McAllister for not only the top step but also the championship, the Portland pilot will have to work extra hard to stay on top.

“The roval course at Fontana is extremely fast,” McAllister said. “The last two seasons we’ve came in second, so we’re really looking for that win this year! The difference between this season and the last two is that this year we are coming to Fontana fresh off a victory in the www.PortlandImplantDentistry.com Ford Mustang. Our goal is to continue the winning momentum.”
The Trans Am West Coast Championship includes four-feature events across the Pacific West Coast, visiting iconic tracks like WeatherTech Raceway Laguna Seca (May 3-5) and Circuit of the Americas (October 4-6) with two of the events integrated into the National Championship. Now in its third season, the West coast-oriented championship has continued to gain momentum.

The official weekend starts on Saturday with a 35-minute practice beginning at 11:55 a.m. PST followed by a an hour-long qualifying at 4:55 p.m.

Fans are also invited on Saturday to a tour of the Trans Am West Coast paddock from 2:00-3:00 p.m. where drivers will be available for autographs and cars will be on display for photos. The Trans Am West Coast weekend will commence Sunday with a massive dose of roaring American muscle cars, featuring a 65-minute race. Tickets are still available for the event at GoTransAm.com. Live timing and scoring is also available at GoTransAm.com or on the Race Monitor app.