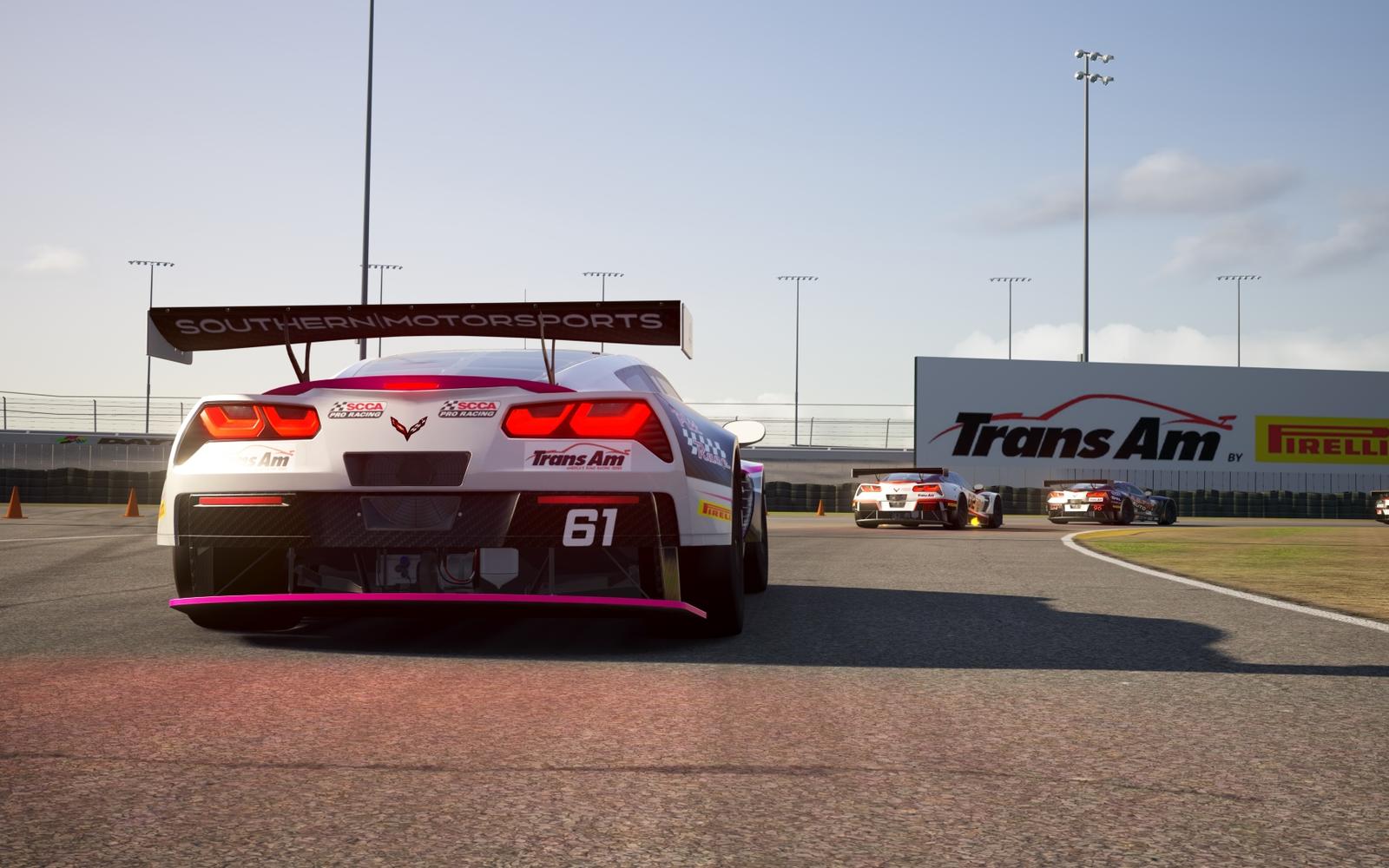 Barcelona, Spain (14 May 2020)— After 54 years of North American action, the Trans Am Series presented by Pirelli will take its efforts abroad this weekend, making the virtual trip across the Atlantic to Barcelona, Spain.

On Saturday, May 16 at 3:00 p.m. Eastern the fire-breathing Trans Am machines will be tested on the demanding Circuit de Barcelona-Catalunya, the site of victory through the years for racers including Ayrton Senna, Michael Schumacher and Fernando Alonso. For Round 4 of the Trans Am by Pirelli Esports Championship, the drivers will take to the fabled circuit’s MotoGP format for a double dose of competition.

“Trans Am is gaining momentum internationally, especially in Europe,” said Trans Am Racing Company President John Clagett. “Using our esports championship is the perfect opportunity for us to expand our exposure to the European market without the cost of travel and transport. The drivers voted to race at Circuit de Barcelona-Catalunya and I believe it’s the perfect venue to showcase Trans Am Racing.”

If adding a legendary open-wheel road course to the Trans Am Esports schedule wasn’t challenging enough for the drivers, they will also face off against a growing pool of talent that will also include Adrian Fernandez.

An 11-time winner in Indy cars, Fernandez’s virtual Trans Am debut marks his first ever laps on board a Trans Am machine of any sort as the Mexico City native joins the 31-car field.

“We are very excited to have Adrian Fernandez join us on Saturday,” Clagett continued. “Last week Tony Kanaan raced with us, and has now given Adrian (Fernandez) some tips to racing a virtual sportscar. Kanaan also lent some support for Adrian to invest in some new gear to be even more competitive. Adrian takes esports racing very seriously, practicing two hours a day on his rig to become more acclimated with new track layouts like Barcelona. It’s likely to be an exciting race from start to finish.”

Last week more than 150,000 viewers across various platforms watched as Race 1 was decided by just .039-seconds between winner Tyler Kicera and runner up Josh Hurley, the closest finish of the esports season.  The second race saw Ernie Francis Jr. claim his maiden online Trans Am victory. Hurley leads the championship over Kicera by seven points entering Round 4. (Race Replay)

Drivers will continue to race identically prepared Corvette C7.r GTLM machines hosted on the ‘World’s Fastest Gamer - SIM edition’ JV with Torque Esports and Assetto Corsa for Round 4 of the virtual championship.

Coverage begins Saturday at 3:00 p.m. Eastern with live commentary from Jonathan Green and Ben Cissell, featuring a swift qualifying followed by two 20-minute main events. For added excitement, the second round will be an inverted field.