Through highs and lows, Amy Ruman keeps the Trans Am faith 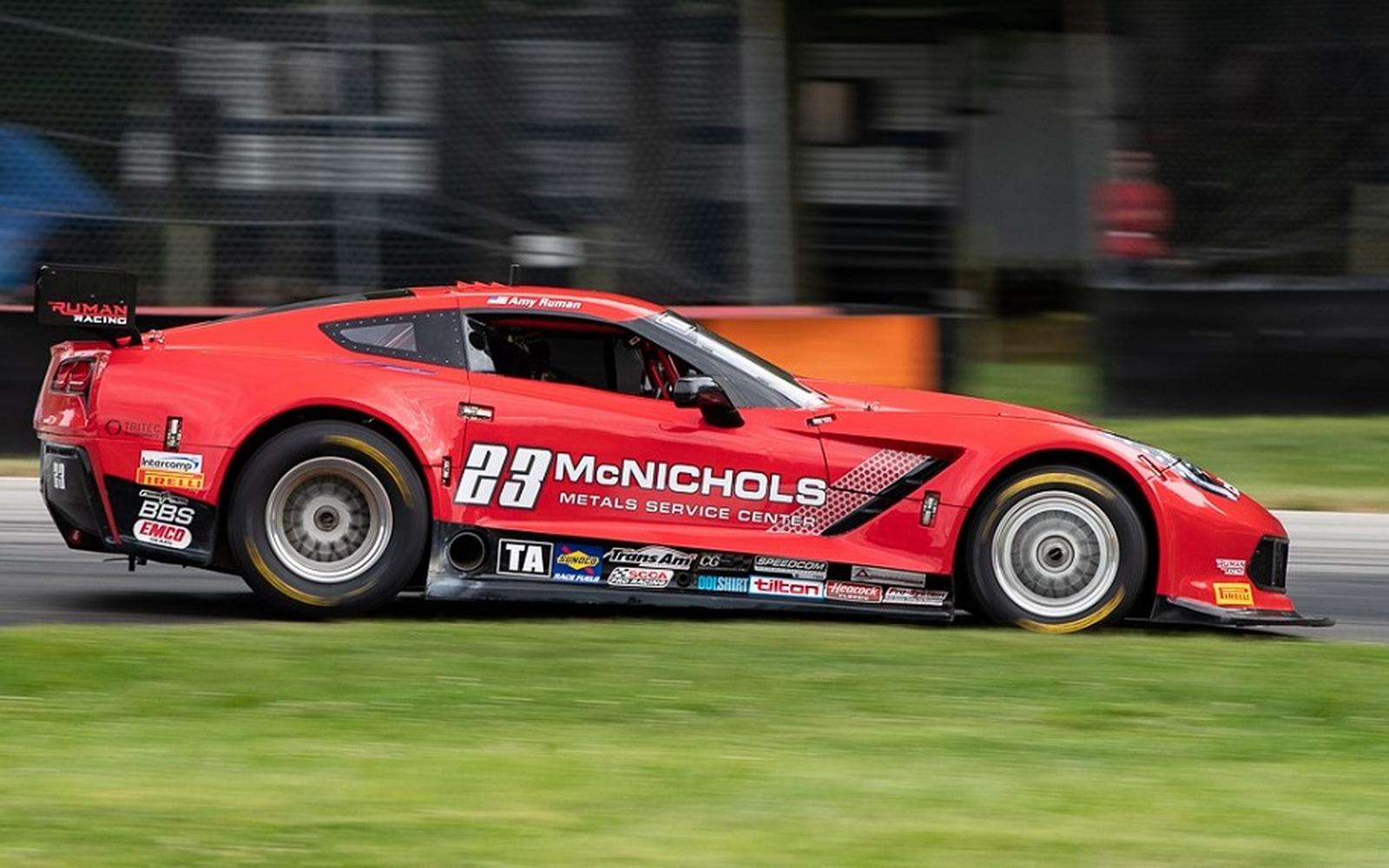 If anyone was ever raised to be a Trans Am racer, it’s Amy Ruman. Her father, Bob, was a longtime competitor, entering nearly 100 Trans Am races in his career and many more SCCA GT-1 contests. Amy won her first Trans Am race in his old car in 2011. In the current generation of the Trans Am Series Presented by Pirelli, she’s been once of the constants and is a two-time champion with 16 victories to her name. And she has no plans to go anywhere.

“I think the cars themselves keep us coming back. Plus we own all the equipment – it would be kind of hard to start over,” she laughs. “I really love the series. Our cars, there’s nothing else like it out there. They’re unique. We don’t have any driver aids, no traction control, no fuel injection. They’re fast and fun to drive. I like the style of racing, plus I like the format. I think 100 miles is a good format; fans can be excited for the entire time, and I think it’s kind of a fan favorite, because it is shorter. I think it is a good timeframe for everybody.”

Now competing in the McNichols Metals Service Center Chevrolet Corvette, Ruman got her start in autocross and SCCA Spec Racers alongside her sister Nikki. She’s competed in SCCA GT-1 – scoring a podium at the 2010 SCCA National Championship Runoffs – the Spec Racer Pro Series and the Women’s Global GT Series. And, of course, she scored the 2015 and 2016 Trans Am championships. In doing so, she added the honor of being the first female champion, along with being the first woman to win a Trans Am race with her first victory in 2011.

“It meant a lot,” Ruman says of winning her first race and the back-to-back titles. “That first win we got meant a lot, because we’d been trying at that point for a long time between myself and my dad to win, and we finally won one and it was a great feeling. The first championship, it was a real battle and we ended up winning it and it was awesome.

“It’s kind of the highs and lows and the peaks and pits of racing. You can be on top winning, do no wrong – kind of like how Ernie [Francis Jr.] did for a bit. You go through a cycle sometimes. So it meant a lot to my family and to myself. It’s a big deal to win any kind of championship. To win it twice is crazy. And we won it in the 50th Anniversary year and that made it special. Being the first female to do it made it even more special for some people.”

“It’s kind of the highs and lows and the peaks and pits of racing,” Ruman says of her Trans Am experiences. “You can be on top winning, do no wrong. You go through a cycle sometimes.”

Amy’s quick to give credit to her team and says she couldn’t do it without them, or her parents. Ruman also says she doesn’t dwell on the fact that she’s a woman racer winning races and championships. While she’s proud to have accomplished what she has, and hopes she’s a role model for girls, it’s not something she concentrates on. As she says, the car doesn’t know her gender, and she and the team have long proven that they are worthy of their place on the grid and in the record books. Now she’s concentrating on getting back to the top step of the podium.

“We’re still here and we’re still having fun, although on certain weekends we’re not,” she says. “We’ve been struggling the last few years. The Pirelli tire change seemed to impact some of our setups and I’ve been struggling with that. We’re trying to work our way back up. We changed the body style, we changed some other stuff, but everybody’s upping their ante. Some guys have newer cars, some people are spending a lot more money than we are. I think a lot of factors come into play and it makes things different.

“But I think as long as McNichols is interested, we’ll still be interested. We finally moved into third in the points standings in Indy. But there’s a lot of competition, a lot of racing left in the year and I think it will be interesting.”