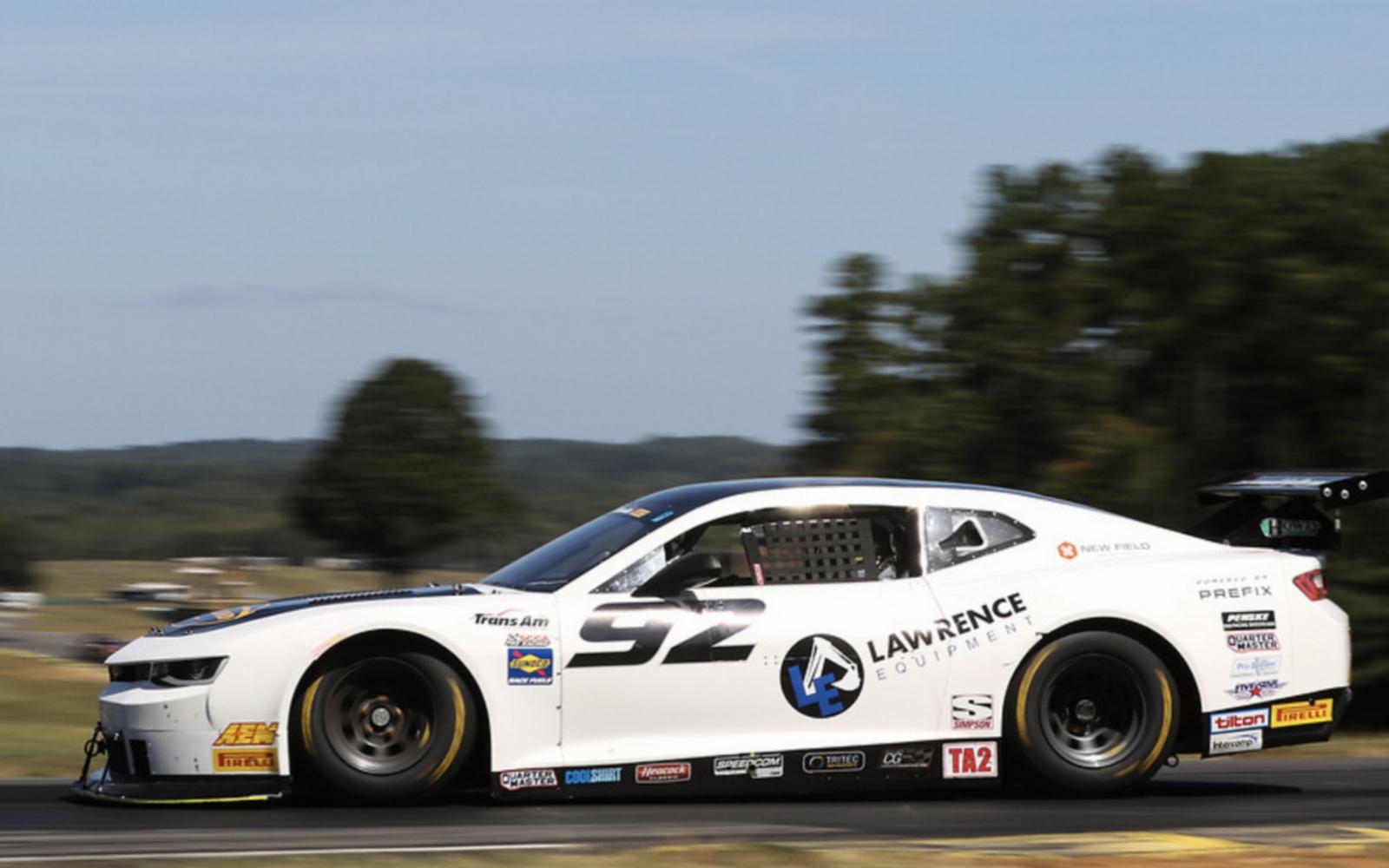 It was an up and down weekend at VIR for the SLR/Fields Racing team. Chris Liesfeld, in his first TA2 race in almost a year, was consistently gaining speed throughout the weekend and had the pace for a top-10 finish but a faulty steering system fitting ended his race early. Rookie sensation Jacob Mosler continues to impress and finished with his first top-5 finish in the Trans Am Series.  Coming into the weekend third in the championship standings, and hoping to make up some ground, Scott Lagasse Jr. was set to defend his VIR win from last year.

"The high for the weekend was SLR/Fields Racing, M1 driver Jacob Mosler who is making the best of his limited race experience in his TA2 Chevy Camaro this season," says driving coach, Scott Lagasse Sr. "Jacobs prior racing experience is somewhat limited but his work ethic, focus and discipline has him really optimizing the car in a short time. Jacob has a lot of natural ability and a solid foundation to build on. His dad Warren Mosler raced and found success in a short amount of time and this same mental focus and clarity about the priorities of going fast has rubbed off on Jacob.  His technique is impressive for his experience level, no doubt he can win in TA2 once he pays his dues."

"Chris had a great weekend going especially for someone who hasn't raced in a year.  I'm really impressed with Chris and his ability. He obviously has the skills and impressed us all. The entire team is excited to get him back in a car soon," said Lagasse Sr.

"The team worked really well together making sure I had a fast car. We didn't get the starting position I wanted, but I was able to make a few passes early in the race to put me in a position to get a good finish. I really hated coming down the back straight seeing a car flipping over and over and then finding out is was Scotty. I know he is glad that the M1 Team spends the extra effort toward safety," said Mosler.

The low for the weekend was Scott Lagasse Jr.'s crash. In position for another win in his Lawrence Equipment M1 Racecars Camaro, Scott took the lead coming to the white flag, and was wrecked going down the back straightaway at 150 mph, causing him to flip end over end multiple times before coming to a stop. It is one of the worst crashes in recent Trans Am history. Lagasse Jr. was able to get out of his car and walk away with bruises, and lung contusions. Early this week Lagasse Jr. was medically cleared to race and will be back behind the wheel of "McQueen," another M1 racecar.

"Wow, first, let me say how proud I am of Jacob. He had an awesome race and deserved this finish. He has been making huge gains as a racer this season, which put him in this position. I hate how our race ended though, but I am very thankful to be here right now. A bigThank You to everyone who reached out to me with concern and well wishes, I didn't realize how many people really care. That was by far the worst wreck I have ever been a part of. The M1 Racecar Chassis did a great job protecting me along with all the safety gear I use, Simpson, Butler seats, Stilo helmets and the HANS devise all helped me stay safe and intact during those repeated impacts. I'm sore and bruised, but I was able to go home and see my family, and that makes me thankful. I'm just ready to get back behind the wheel at COTA and focus on delivering a good result for our team," said Scott Lagasse Jr.

For more information or if you are interested in M1 Fastrack assisting you with a new racecar or chassis, please contact: Lee Quinlan: lee@fieldsracing.com

About Scott Lagasse Jr.:
Scott Jr. (Scotty) has been a driven individual from an early age, excelling in sports and as a high achiever in school, earning a college degree. Scotty currently competes in a limited schedule in NASCAR and races full time in the Trans Am Road Racing Series. He is a mentor and role model to our younger generation, an avid cyclist and recognized advocate for Bicycle and Pedestrian safety. Please visit www.teamslr.com. Keep up to date with Scotty by following him on Twitter: @scottlagasse FACEBOOK:   /scottlagassejr

About Jacob Mosler:
Jacob began working around motorsports with his father at a young age. However, he didn't start racing cars until just a few years ago, where he began racing with NASA in a TA-2 style car. Jacob is a student of the sport, a quick learner who after driving a few faster cars realized the value of the Spec racer Ford class and spent time learning the craft there. In 2019, Jacob made the jump to Trans Am TA-2, and is currently competing full-time in Trans Am.