ILLOWS, Calif. (Aug. 1, 2020) -- The 2020 Trans Am Series presented by Pirelli West Coast Championship is underway on the three-mile, 15-corner Thunderhill Raceway Park in Northern California. The new season just might have some new expectations now that the first qualifying session is over and pole position was earned by a storied Trans Am driver in a totally new class. 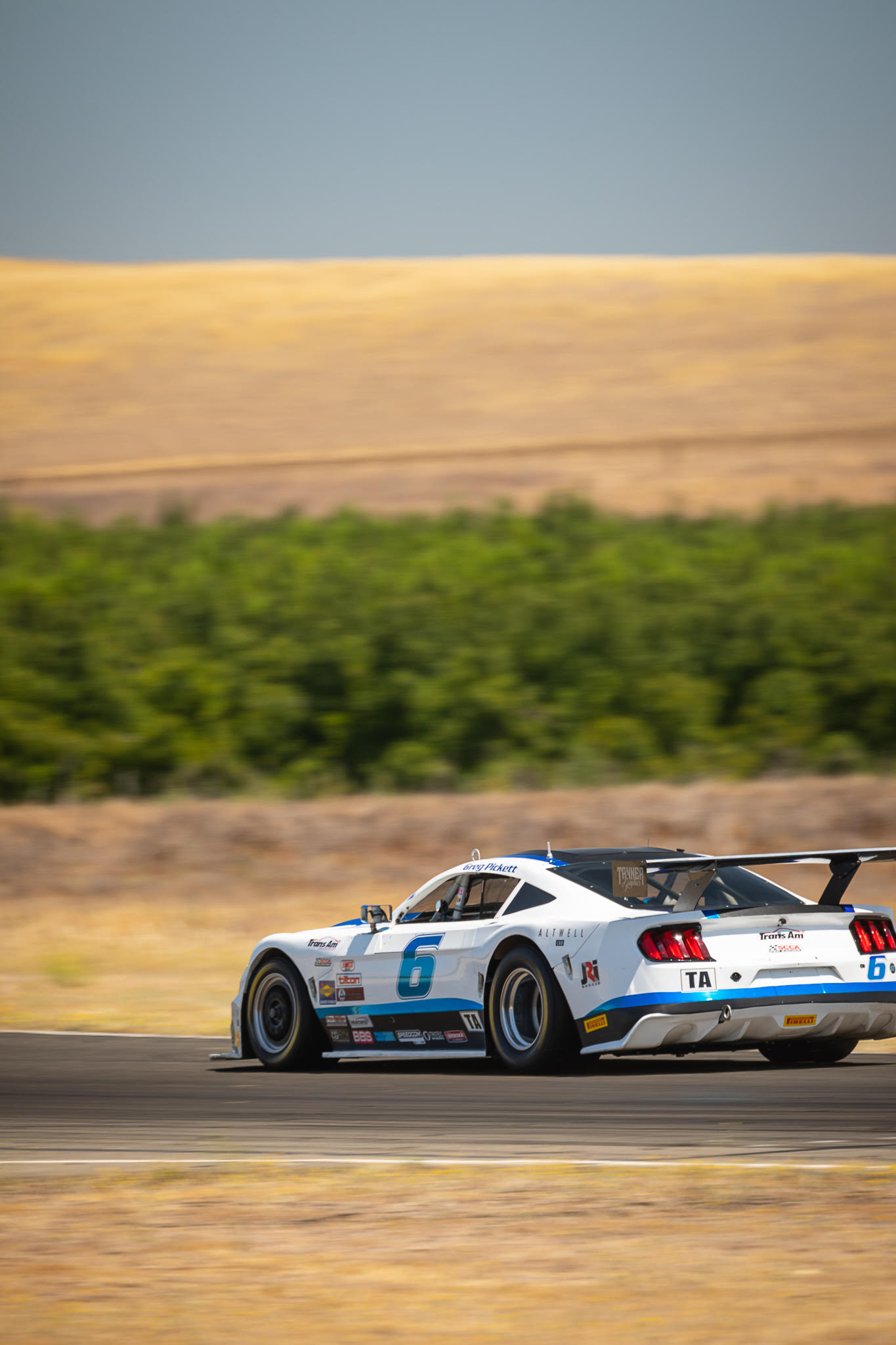 Longtime racer Simon Gregg, driving the No. 59 Derhaag Motorsports Mercedes AMG GT3 in the new XtremeGT (XTG) class, set a blistering lap time of 1:44.826-seconds with an average speed of 103.028 mph to grab pole position for Sunday’s race at Thunderhill. Gregg’s time was nearly a full second faster than the next closest competitor. And as a new class this year running for the first time at Thunderhill, Gregg’s accomplishment becomes a new track record for XGT.

Early on in the 15-minute qualifying session, Gregg ended up on track bunched up with several other cars from multiple classes. One competitor even went off course right in front of Gregg. Soon after that near miss, something magical seemed to happen to Gregg’s car.

“At the very end of the session, the car was just hooked up,” Gregg said. “I’m so happy about that. But that was all she had, and all I had.”

Last year, Gregg enjoyed tremendous success in the Trans Am West Coast Championship in the TA class. Driving a Corvette, he won three races and went on to win the TA West Coast championship. Gregg has made a switch this season, but has not missed a step as he moved to the growing XGT class.

The driver to line up alongside Gregg on Sunday for the 99-mile race will be TA ace Greg Pickett in the No. 6 Pickett Racing Ford Mustang. Pickett set a flyer of 1:45.789-seconds to earn the TA pole, which also reset the class lap record at Thunderhill. This sets up an interesting battle Sunday between two seasoned Trans Am racers in two different, but very fast cars. 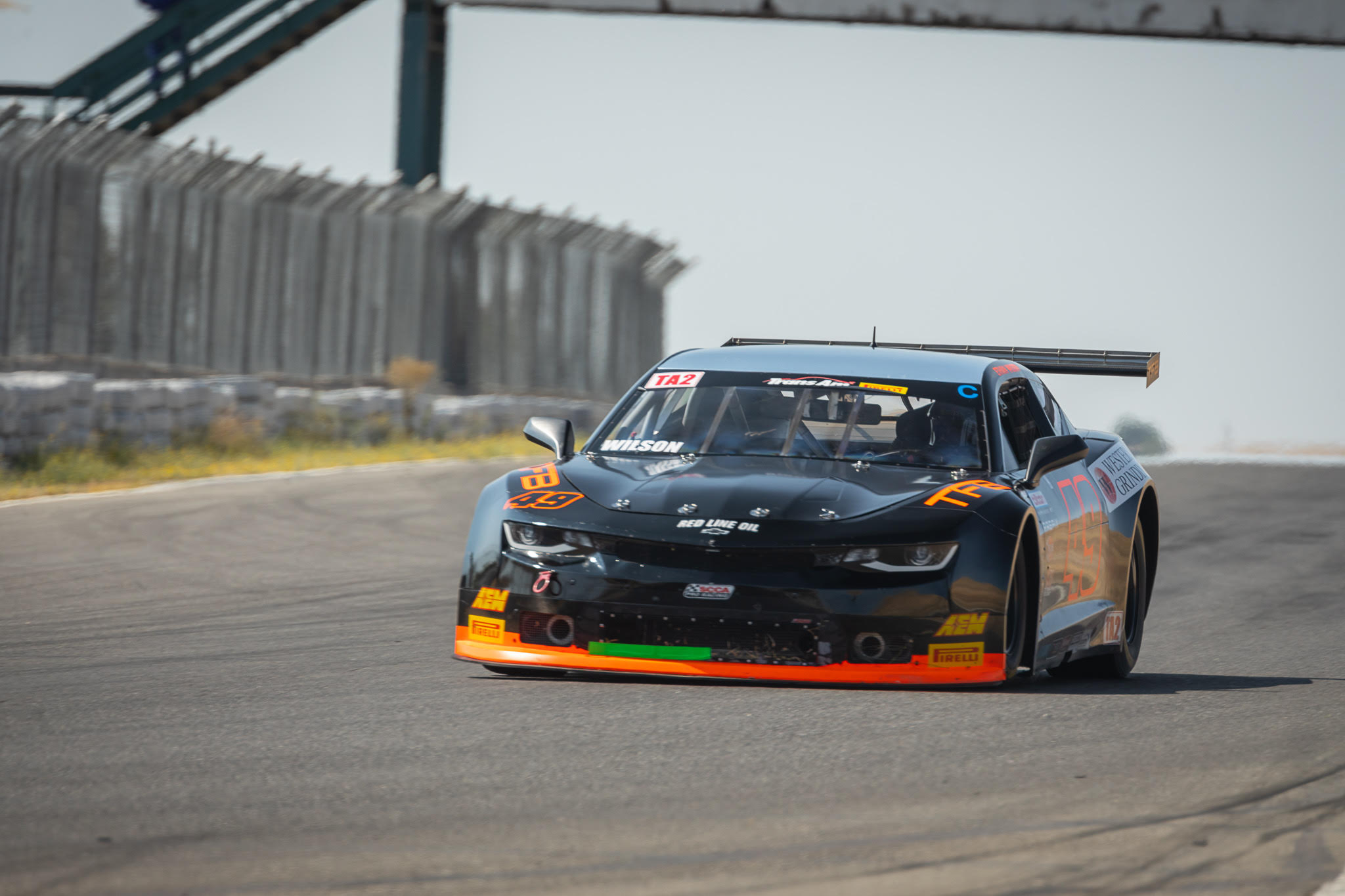 “That Mercedes of Simon’s is a nice piece,” said Pickett. “It was really good in these hot conditions. It’s a bit of a different car than ours, but I’m looking forward to the race. I’m glad that he’s got some speed. Simon and I have had a lot of fun in the past and it looks like it’s just going to continue.”

Pickett, whose win last season at Thunderhill marked his 21st Trans Am career victory, will certainly be looking to duplicate that feat again this year. If he does, he’ll achieve the rarest of feats -- to collect professional race wins in six consecutive decades.

“I’m proud to be here,” Pickett said. “And any time you go out, even on a real hot day, and break your own qualifying track record, you can’t be all that unhappy about that.” 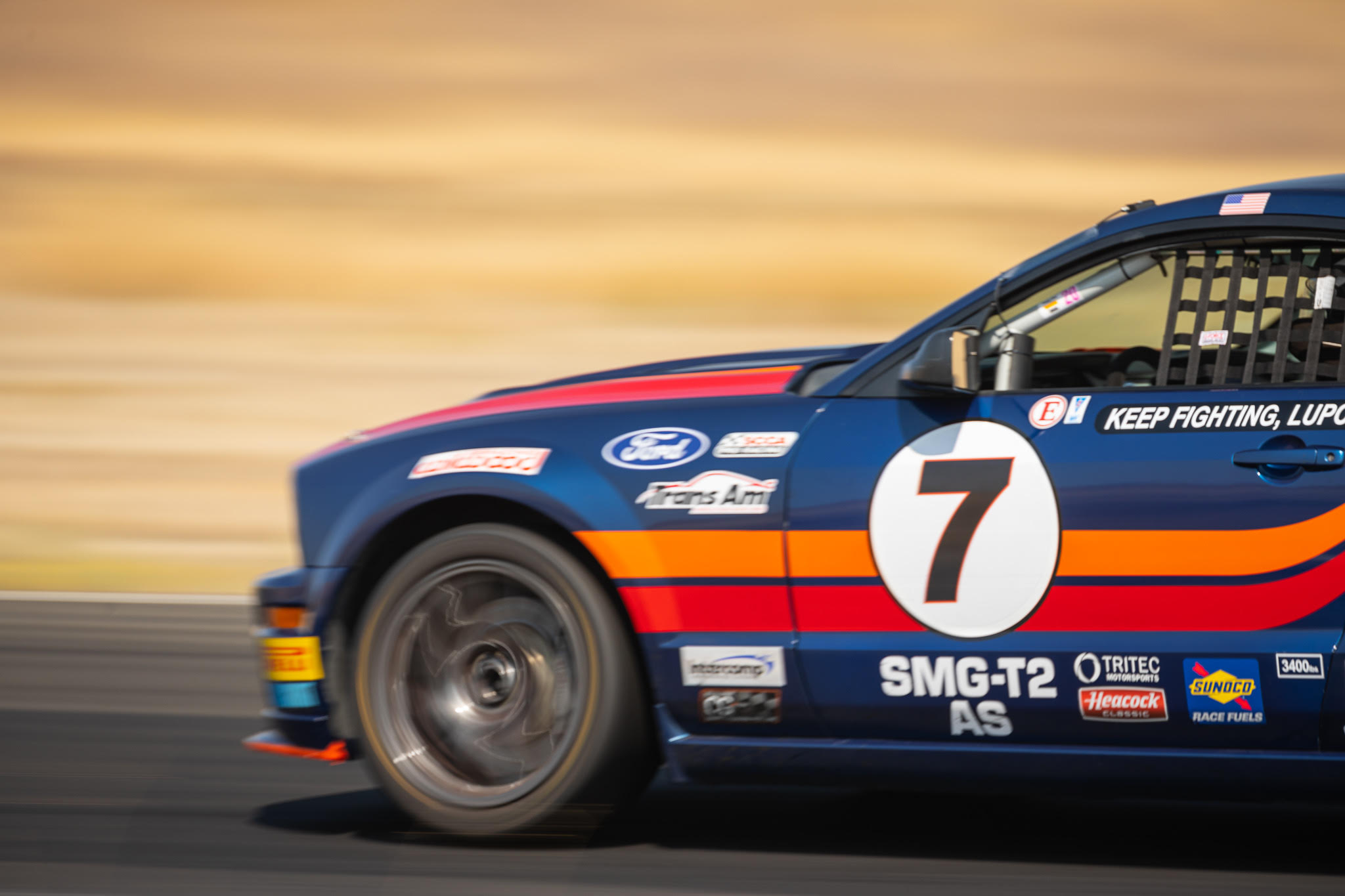 Behind Gregg and Picket will be the TA2® powered by AEM class led by polesitter Ethan Wilson in the No. 49 Western Grinding Chevrolet Camaro with a qualifying time of 1:48.156-seconds, which is another new lap record for Thunderhill. He will be flanked by the No. 17 RoofOptionsRacing/TFBPerform TA2 Ford Mustang of Tim Lynn who qualified only 0.605-second slower. In fact, most of the TA2® class is separated by not much more than two seconds. So, Sunday could see quite a battle in hot conditions, and Wilson is certainly pleased to be out in front to start.

“I didn’t have a great practice before the qualifying session,” Wilson confessed. “But I really just tried to drive a clean lap, stay within the limits of the tire and lay one down. I’m really pleased to end up on pole.”

Pole for the SuperGT (SGT) class went to Carl Rydquist in the No. 4 MyRaceShop.com/Tel-Tac/Mendeola Factory Five Racing GTM with a time of 1:51.733-seconds, which is a track record for SGT. And finally, the GT pole was earned by the No. 7 APEX Race Parts Ford Mustang of Beau Borders with a lap time of 2:00.390-seconds. 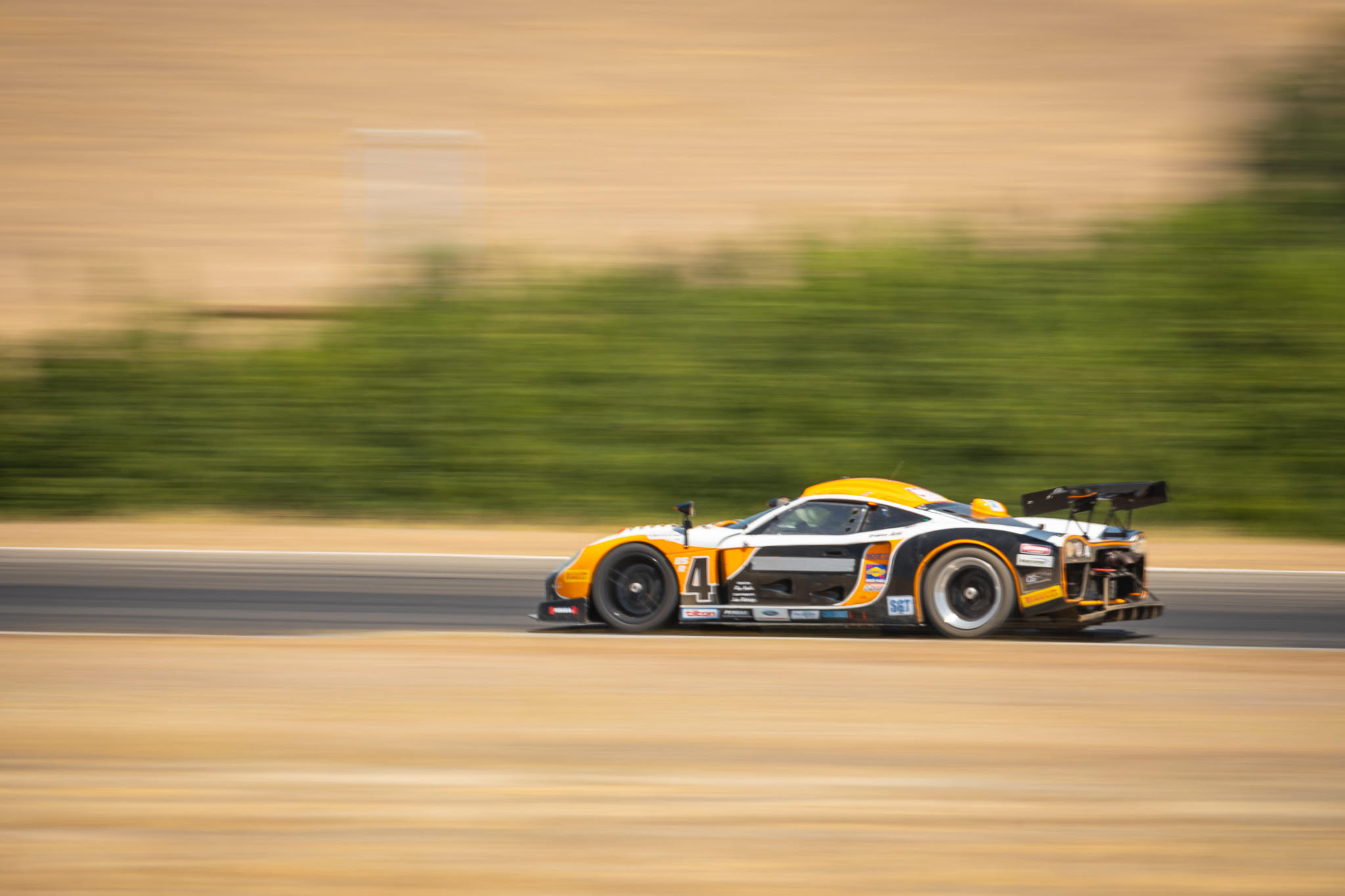 The mixed-class Trans Am West Coast field will take to the three-mile, 15-turn original Thunderhill East course for Sunday’s race starting at 1:15 p.m. Pacific for the 99-mile feature race. Fans can follow live timing and scoring on GoTransAm.com.