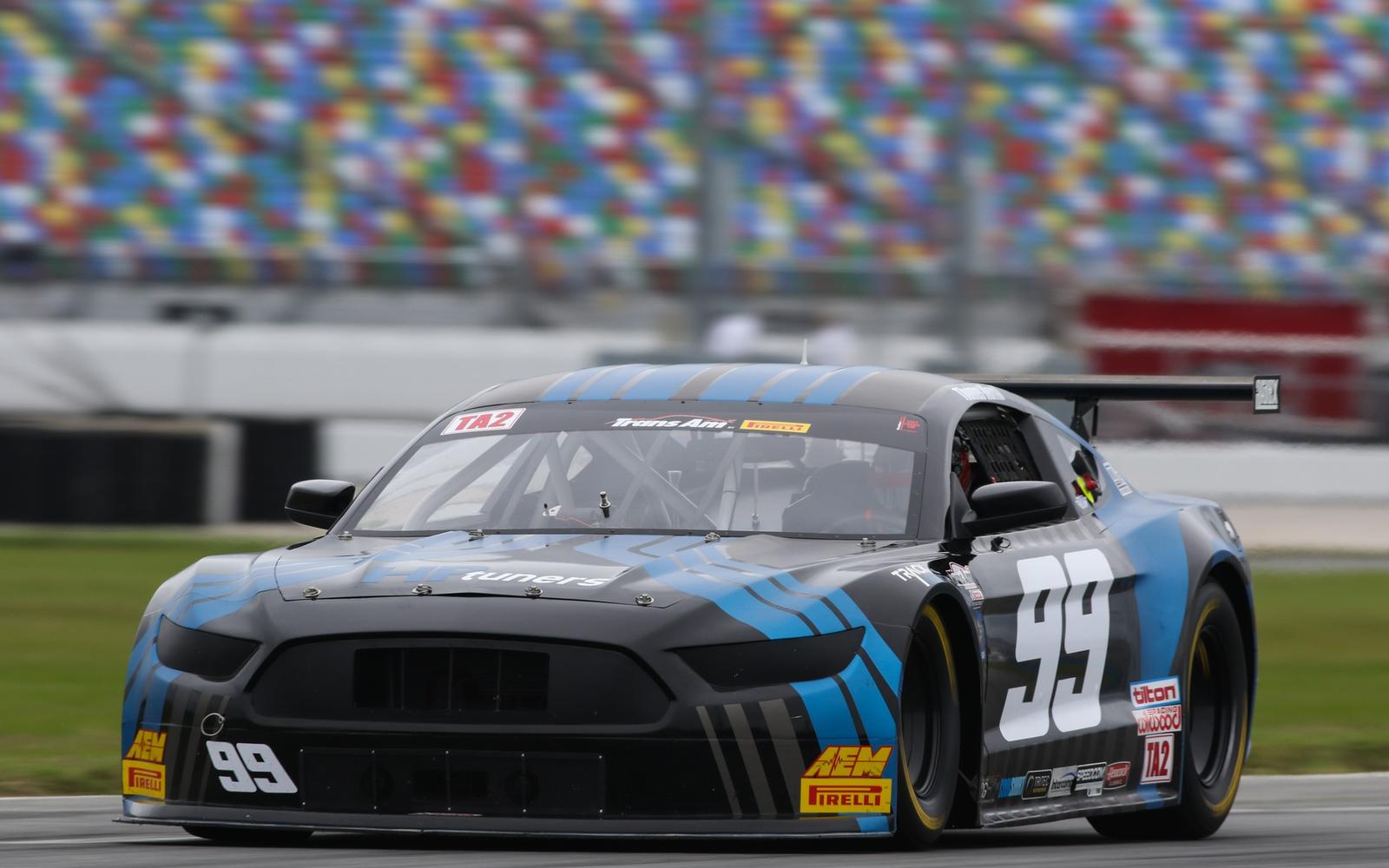 Thomas Merrill held off a late challenge by newcomer Sam Mayer to provisionally score his third TA2 victory of the season in Saturday’s Trans Am by Pirelli season finale at Daytona International Speedway.

Driving the No. 99 Mike Cope Racing Ford Mustang, Merrill took the lead on the second lap and built up a seven-second lead before a pair of cautions allowed the field to close in.

Mayer made his final bid entering the NASCAR oval on the 26th lap, but a two-car incident on the front straight brought about a race-ending caution.

Mayer had a brilliant drive through the field after serving a drive-through penalty for contact on the opening lap that resulted in damage for the No 34 Mike Cope Racing Ford Mustang of Tony Buffomante and the No. 40 Prefix/Stevens-Miller Racing Dodge Challenger of newly crowned TA2 champion Marc Miller.

Buffomante also had a strong drive through the field following the early incident, taking third on the final green-flag lap from Dillon Machavern in the No. 77 Liqui-Moly/Prefix Ford Mustang. Lawless Alan, the 19-year-old TA2 Rookie of the Year, finished fifth in the No. 52 AutoParkIT Ford Mustang.

Miller pitted after running over debris during the early incident. He returned and ran fifth before retiring late in the race due to a coolant leak.