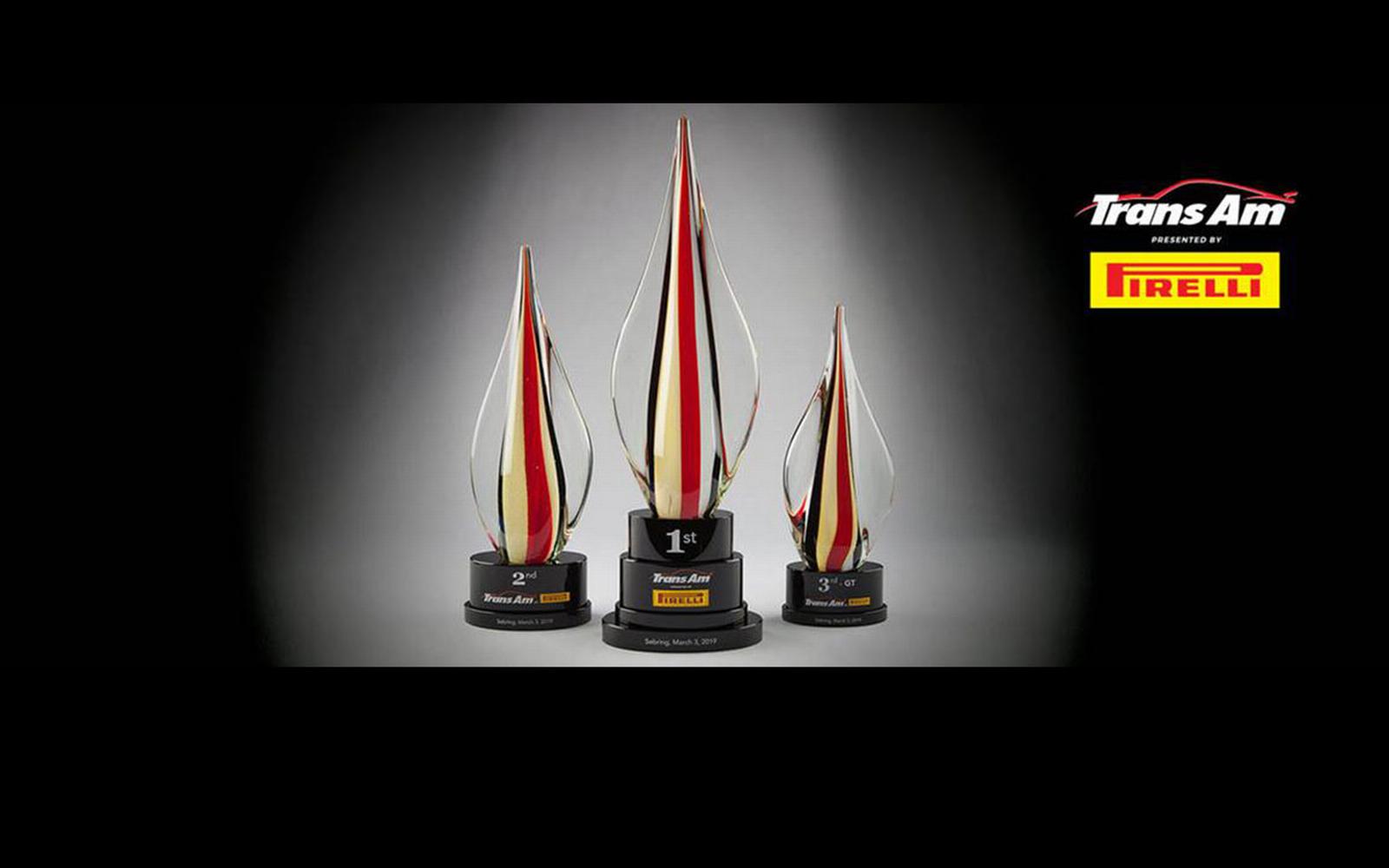 MIAMI, Fla. (22 October 2019)- With the 2019 Trans Am Series presented by Pirelli season racing to a close next month, teams and drivers look ahead to the year-end celebration at Daytona Beach’s Ocean Center on November 16.

Always a glittering occasion, the annual event unites champions from the National, West Coast and Northern and Southern Cup championships to receive their official Trans Am Series Crystal Sensations awards.

This year the unique star-studded gala evening will feature Motorsports' Hall of Famer Tommy Kendall as the Master of Ceremonies.

Kendall, who hosted the 50th Anniversary Trans Am Dinner in Detroit in 2016, returns to the mic to honor Trans Am champions and award winners.

Kendall won four Trans Am Championships, first in 1990, and then winning three straight (1995, 1996, 1997) in a Jack Roush-prepared Mustang . One of his claims to fame was his 11-race winning streak in 1997. Kendall went down as one of the most decorated drivers in Trans Am history with 96 Trans Am starts, 28 wins, 45 pole-position starts, 28 fastest race laps, 59 podium finishes, 70 top-five finishes and 80 top-10 finishes. He returned to the driver’s seat in 2014, competing for four races in a TA2 Dodge Challenger.

“I’m looking forward to returning to emcee the Trans Am Championship Awards Banquet next month,” said Kendall. “Obviously, the Trans Am Series is near and dear to my heart, but I’m particularly excited by the quality of talent and racing that was on display this year. There were some battles this year amongst old and new names in TA that remind me of the glory days of Trans Am and I look forward to celebrating those performances in Daytona Beach.”

All the tables will be decked out with a custom designed center piece from Drissi Advertising, Inc. 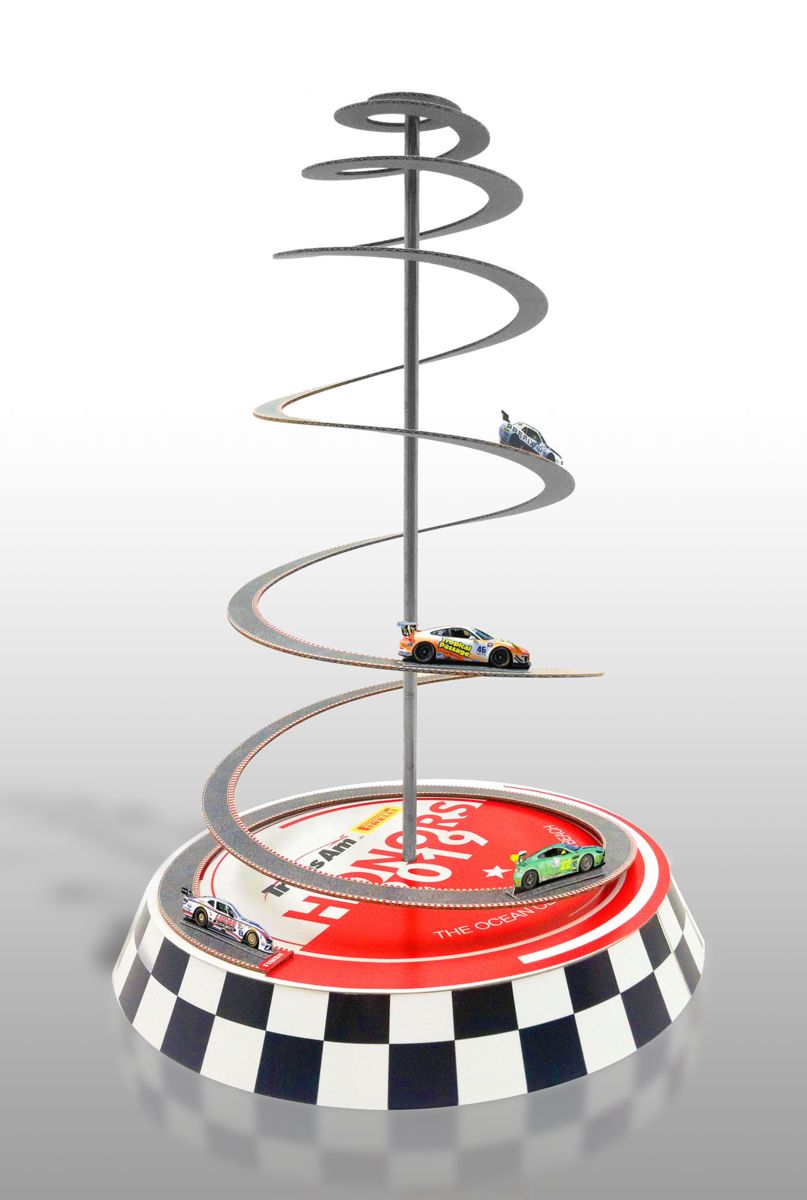 "I've been lucky enough to be part of the Trans Am family since 1999,” said Trans Am driver Tomy Drissi. “We're honored that John and (Banquet Coordinator) Nassa Clagett believed in the Drissi Advertising team to develop this year's Trans Am Gala centerpieces. Their design concept was classic. Thank you for collaborating and trusting us on this custom design.

For the second straight year, Pirelli and Sunoco will contribute to the Honors Ceremony.

The Donohue Technical Excellence Award presented by Sunoco will recognize the Trans Am participant that best emulates the Trans Am great, Mark Donohue, through the use of engineering, analytics and data technology to gain a winning advantage.

Donohue played a major role in establishing Trans Am as the scene of the ultimate American Muscle Car showdown, and was one of the most engineering-focused and analytical drivers in history, long before computer data became available. Donohue piled up the victories, scoring a then-record 29 wins from 1967 to 1971, including the 1969 season that saw his Penske-prepared Camaro wage an epic season long war with the Ford Mustang of Parnelli Jones. Donohue prevailed, winning six of the final seven races.

Pirelli will supply 15 wind tunnel model-sized tires for prizes given away during the banquet.

“We are honored to have Tommy Kendall return as our emcee for the evening,” said Trans Am Company President John Clagett. “Tommy has a rich history in Trans Am and we are eager to hear the stories he will share during the evening. The awards that Crystal Sensations designs are absolutely stunning. Our relationship dates back since 2012 and every year they continue to impress me with their one-of-a-kind craftsmanship.

“The Pirelli tires are always highly-coveted swag and we are so glad to have their continued support,” continued Clagett. “Lastly, we are extremely pleased with the Honors Centerpieces that Leilani Morales and Tomy Drissi designed for us. They took our design template and made an awesome piece to complement our table settings.”

Trans Am will take to the iconic banks of Daytona International Speedway November 14-16 for the final two races of 2019, closing out a fantastic season of America’s Road Racing Series.

Following an exciting day at the track, drivers and their crews will trade out race suits for sports coats, celebrating their successes and accomplishments throughout the season for an evening of style on Saturday night.

To reserve your spot for the annual Trans Am Awards Ceremony click here: 2019 Trans Am Honors Ticket Order Form