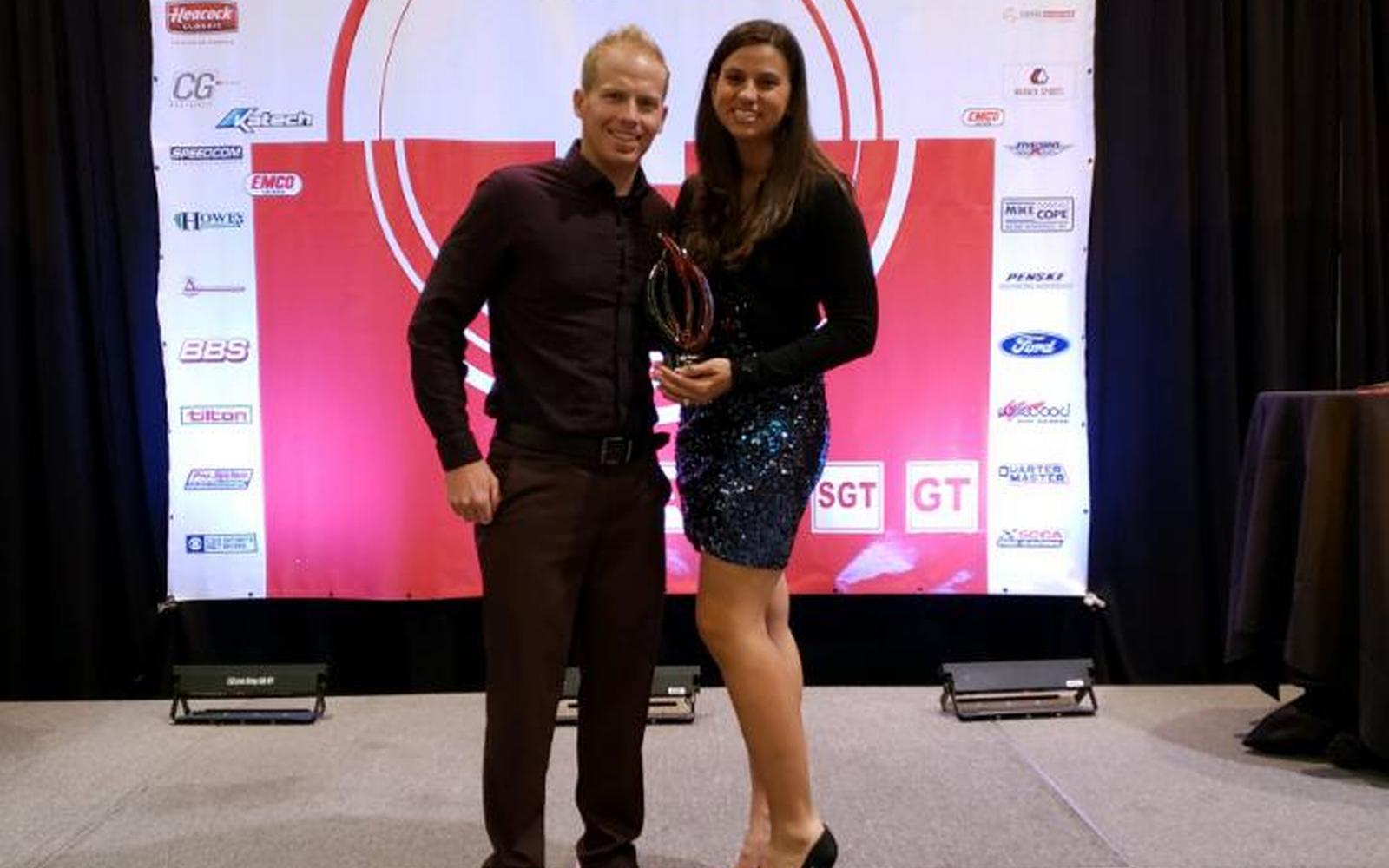 The final race of the Trans Am National series took place on the high banks of Daytona in Daytona Beach, Florida this past weekend.  The Grr Racing team headed to the iconic track to support the Trans Am series and its national competitors as they all raced to the finish of the 2019 season.

Following an epic battle in all classes the team also attended the 2019 Trans Am Honors Award gala head at Ocean Center, also in the heart of Daytona. The weather was a bit gloomy but that didn't put any kind of damper on the exquisite evening that the series held to congratulate those who earned their spot.

Grr Racing's driver and team owner, Michele Abbate, earned a 5th place finish overall for the 2019 Trans Am West Coast TA2 Championship out of the 16 car field.  She was the 2nd highest finishing rookie and the only female driver to compete in the 2019 season out of the 67 nation-wide entrants.  Abbate earned the highest place rookie finish at Sonoma, also where she made her highest finish for the year.

"I am so ecstatic and proud of our efforts this year.  It was a massive challenge to take the jump into professional racing with the Trans Am series and to come out of it with a top 5 in my first year truly speaks volumes to our potential.  For the 2020 season, I think we would really benefit if we could lean on a proven team to guide and mentor our efforts and abilities.  There is so much competition and talent in the TA2 class I am confident it is the best place to be road racing in North America and I thank Trans Am for providing the platform to do so", Michele shared as she held her first Trans Am trophy the night of the gala.

Although the Trans Am season has come to a close, the Grr Racing team will join HQ Autosports and Shift Up Now as they take on the 25 hours of Thunderhill with NASA.  The driver line up consists of Michele Abbate, Loni Unser, Sarah Montgomery, Travis Weltzien, and Peter Engels.  They will be driving the #28 HQ Autosport/Shift Up Now BMW 128i in the E2 class. Be sure to follow Michele Abbate and Grr Racing on their social media channels to stay up to date with all the current happenings!  Also, be sure to check out www.undauntedapparel.com/grr-racing/ for the latest Grr Racing apparel including tee shirts, hoodies, hats, and more!