ALTON, Vir. (21 September 2019)- The Trans Am TA2 powered by AEM class delivered another outstanding show for the fans on hand at Virginia International Raceway (VIR) with an action-packed Trans Am Series presented by Pirelli race on Saturday.

The dramatic TA2 race had battles from the front of the 25-car field all the way through the pack, with Thomas Merrill (No. 81 Skip Barber Racing/ Big Diehl Racing Ford Mustang) dodging incidents in the final moments of the 100-mile feature to secure Big Diehl Racing’s third win of the season.

After falling down the order to fifth early in the race, TA2 class championship leader Marc Miller wheeled his No. 40 Prefix/Stevens-Miller Racing Dodge Challenger to a second-place finish. His Stevens-Miller Racing teammate Dillon Machavern (No. 77 Liqui-Moly / Prefix Ford Mustang) returned to the podium for the first time since finishing third at Indianapolis Motor Speedway.

“This is my first time racing here at VIR and these Trans Am cars are wicked fun to drive around here,” said Merrill, who fell to fifth before taking the lead. “We had to make the best of the opportunities we were given. It got tight toward the end, but we came away with the win. Big Diehl Racing gave me an awesome car. Trans Am racing is the best racing in the world, and I am just happy to be here.”

After starting the race from pole, Rafa Matos (No. 88 3Dimensional Services Group Chevrolet Camaro) was looking to claim his third flag-to-flag win in a row. But disaster struck for the Brazilian driver on lap nine as a mechanical problem took him out of the lead and out of the race. 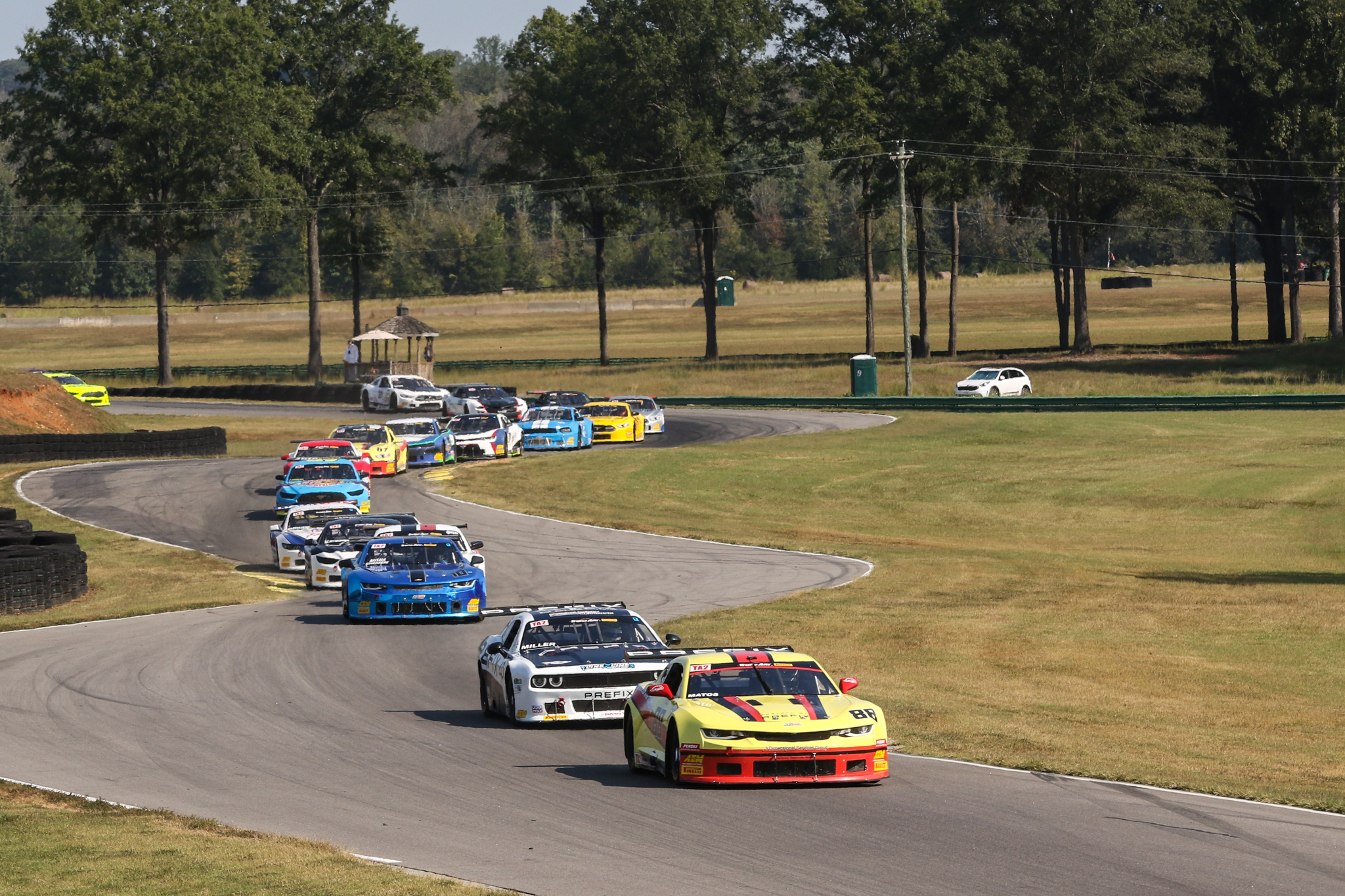 “We were really driving hard,” said Matos. “It was a hard fight between me, Thomas (Merrill) and Scott (Lagasse Jr). It was a hard-fought battle, and on the restart I struggled a bit but then my car started to come in, allowing me to pull away from Scott. Then I started experiencing mechanical issues. It was a frustrating moment because we were trying to recover the points we lost in the middle of the season. To break like that leading the race is gutting. That’s how it goes sometimes, we can’t control certain things, and we are going to keep fighting until the end.”

Miller’s race was just as eventful as Matos’ as the championship leader played a conservative hand at the start to slot into fifth in the opening segment of the race. He moved up to third before taking one more spot to claim second at the checkered flag with a healthy haul of championship points.

“It’s been a tough weekend,” said Miller. “It was an eventful race. I said before the race that I was racing to win, but six laps in, I was just racing to finish. The way the guys up front were racing was out of control, so I was just like be ‘smart, hold back.’ I hate to see it end under caution, but we are very happy to be on the podium with an undamaged car, which puts us one step ahead of preparation for COTA. I’m really happy with a podium, really happy with my team and all the fans that are here to support us and I’m really happy to extend my points lead.”

For Machavern, patience paid off during the grueling 31-lap race. Starting in sixth, Machavern watched as drivers darted off track or pulled into the pits after exhausting their race cars. But Machavern kept his cool under tough circumstances capture the last step in the podium in third. 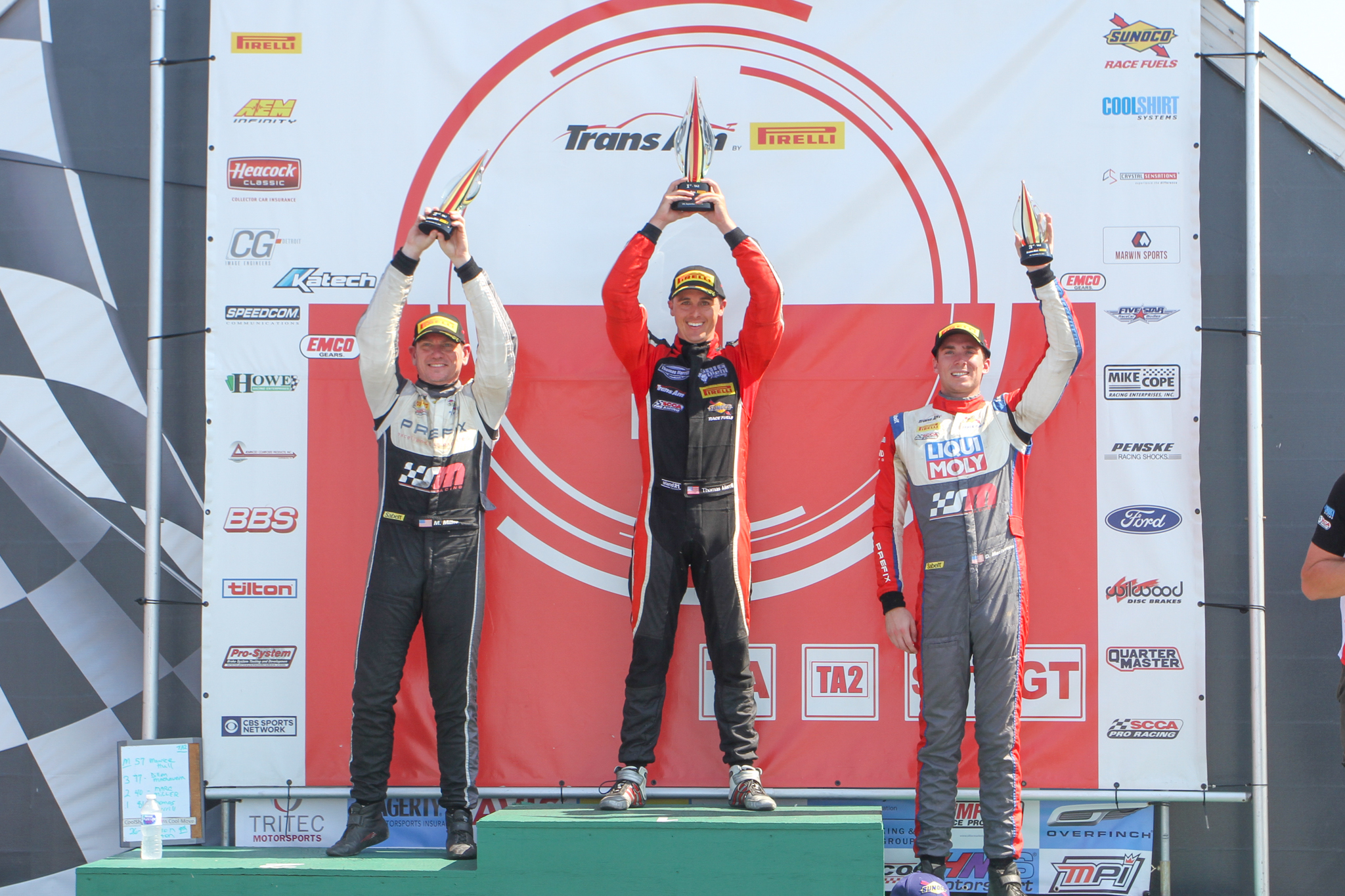 “Patience was the name of the game today,” Machavern said. “We didn’t have the outright pace at the beginning, we missed the set up a little, but being patient is all it takes sometimes. Just being there, being consistent. We watched from behind as drivers were out there being rowdy, putting wheels off, and we just kept it clean all day, and it paid off for us.”

Lagasse Jr. was relentless in the pursuit of his second consecutive win at VIR.

Starting from fifth, Lagasse  Jr. fought to the front and was glued to Matos as he also fended off the pressure from Merrill and Miller.

Merrill slipped in to take first on the restart, but Lagasse was on the hunt.  On the white flag lap, Lagasse Jr. got airborne as he raced through the Roller Coaster section of the track. The incident, which is still under review by race control, saw his white Camaro come to rest upside down.  He emerged from the incident unscathed, but was taken to track medical for precautionary review.

“In my many years of high-speed racing, that was by far the worst crash that I’ve been involved in,” Lagasse said. “I am thankful for the M1 Racecars chassis and Simpson for keeping me safe. I was able to just FaceTime my daughter, which going through the air I never thought I would again. It was a tough one but I’m still here.” 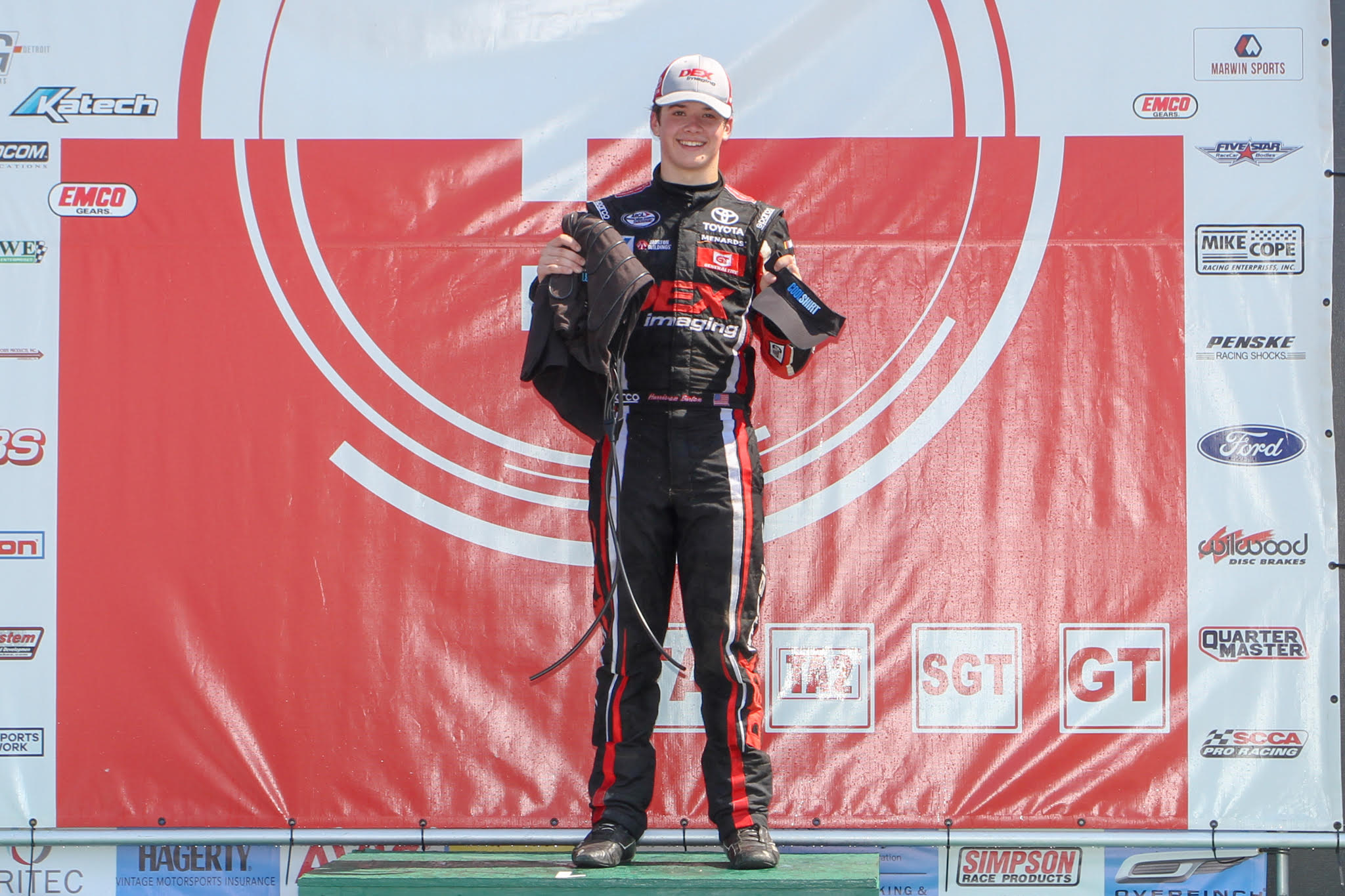 With just minutes left in the session, Round 10 finished under full course caution.

After spinning on the first lap, Maurice Hull (No. 57 WaukeganFarms/EvertreeCompany Ford Mustang) worked his way back to 10th place to earn the Masters Class award at his home track.

“I wish we could have finished under green, I had some more to give,” Hull said. “It was a good time coming back. I want to thank my guys Jeff, Alan, Chad, Peanut, and most of all my crew chief, and my wife, who worked tirelessly on the car.”

Coming in sixth in the Gander Outdoors Truck Series on Friday in Richmond, Virginia, Harrison Burton (No. 26 Mike Cope Race Cars) was forced to start last in the TA2 race since he missed qualifying. Driving from a 25th-place start to finish just inside the top-10 in ninth, the part-time Joe Gibbs Racing NASCAR Xfinity Series rookie received the Cool Shirt Cool Move of the Race award.

“These Trans Am guys get after it, I had a lot of fun,” said Burton. “I am trying to get prepared for my NASCAR Xfinity race next week. I got a lot of great experience here with Trans Am to help me next weekend.”

Finishing results are provisional and under stewards’ review.