MARC MILLER PROMOTED TO FIRST PLACE IN TA2 ROUND 3 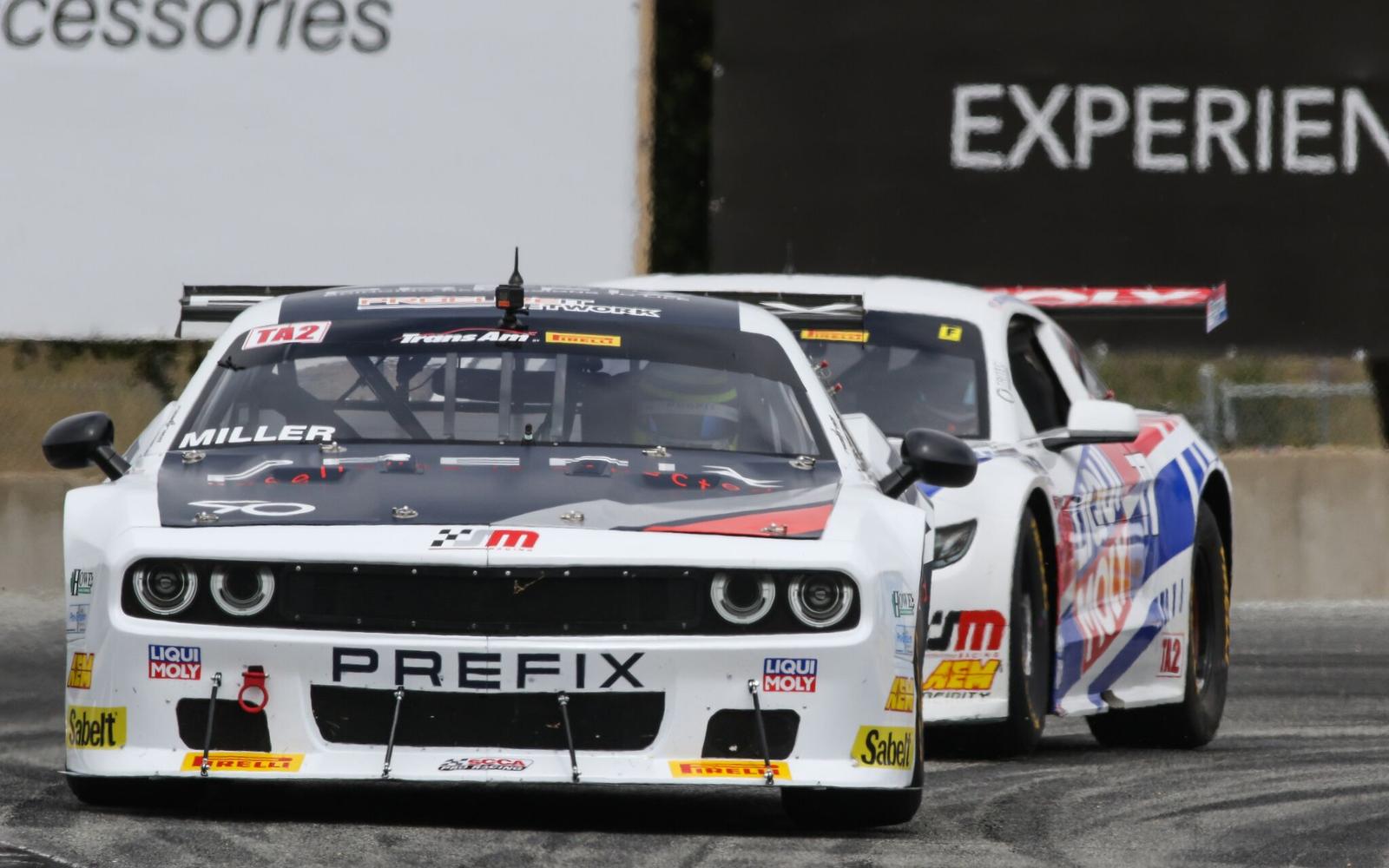 Race and technical infractions send Miller to the top of results

Trans Am Chief Steward Dorsey Schroeder investigated the overtaking move of the No. 81 Ford Mustang of Thomas Merrill on the No. 92 of Scott Lagasse Jr. in turn two on lap two. Typically, the passing driver that failed to complete a safe pass would be required to give back the position, but Lagasse veered off course, hitting the Turn 3 curb, breaking his right front suspension on his own and did not continue. Merrill was served with a post-race 40-second penalty, which was equivalent to an in-race drive through. The penalty bumped his total race time to finish third, however, a disqualification of Dillon Machavern’s No. 77 Ford Mustang, moved Merrill up to second.

“Any time you can finish on the podium is a pretty good day,” said Miller. “We led from pole and controlled the race early. While we did end up third on track, sometimes things happen in scrutineering or when the series reviews on track action that changes the order. I have been on the receiving end of a tough call keeping me out of a solid result. So, it is hard for me to accept this as a win, but I will certainly take the points. Our eyes are set on a championship and making no mistakes this season. We will keep this same approach heading into the tough Lime Rock and Detroit GP schedule ahead.”

Ethan Wilson was promoted to third-place. Miller now leads the season-long championship with 90 points followed by Wilson in second, heading into Round 4 at Lime Rock Park for the Memorial Day Motorsports Festival May 24-27