KRAUS GRABS OVERALL VICTORY AT SONOMA IN TRANS AM DEBUT 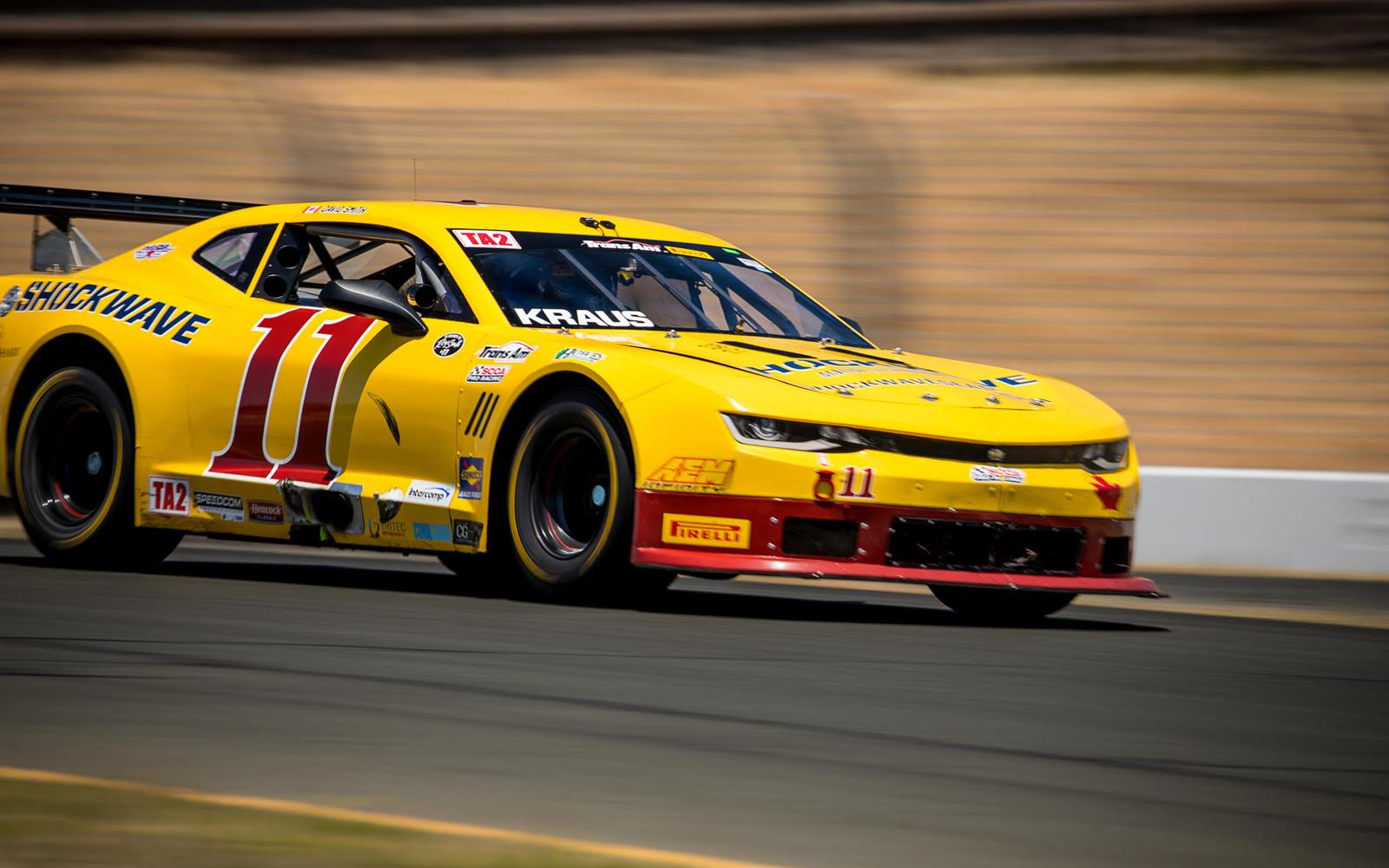 Teenager Derek Kraus wins from the TA2 pole, Simon Gregg claims his third 2019 TA win and there was hard racing up and down the order in the largest Trans Am West Coast Championship field of the year

Sonoma, CA (16 June, 2019) Currently leading both the East and West NASCAR K&N Pro Series, Derek Kraus, 17, has more racing experience than many drivers twice his age, and his experience paid huge dividends at Sonoma Raceway on Sunday in Round 4 of the Trans Am Presented by Pirelli West Coast Championship Series.

Making his series debut in a Shockwave Marine Suspension Seating Chevrolet Camaro handed over to him for qualifying by team owner David Smith, Kraus rewarded the team by qualifying on the TA2 Powered by AEM pole, then seizing the TA2 class lead on Lap 7 on the challenging Sonoma course. Kaus never relinquished the lead during the 38-lap race.

Due to technical issues with the transponders in several of the cars, Kraus’ laps in the lead never showed up on LiveTiming and Race-Monitor scoring apps, but there was no mistaking the Stratford, Wisconsin, high school student's confident victory.