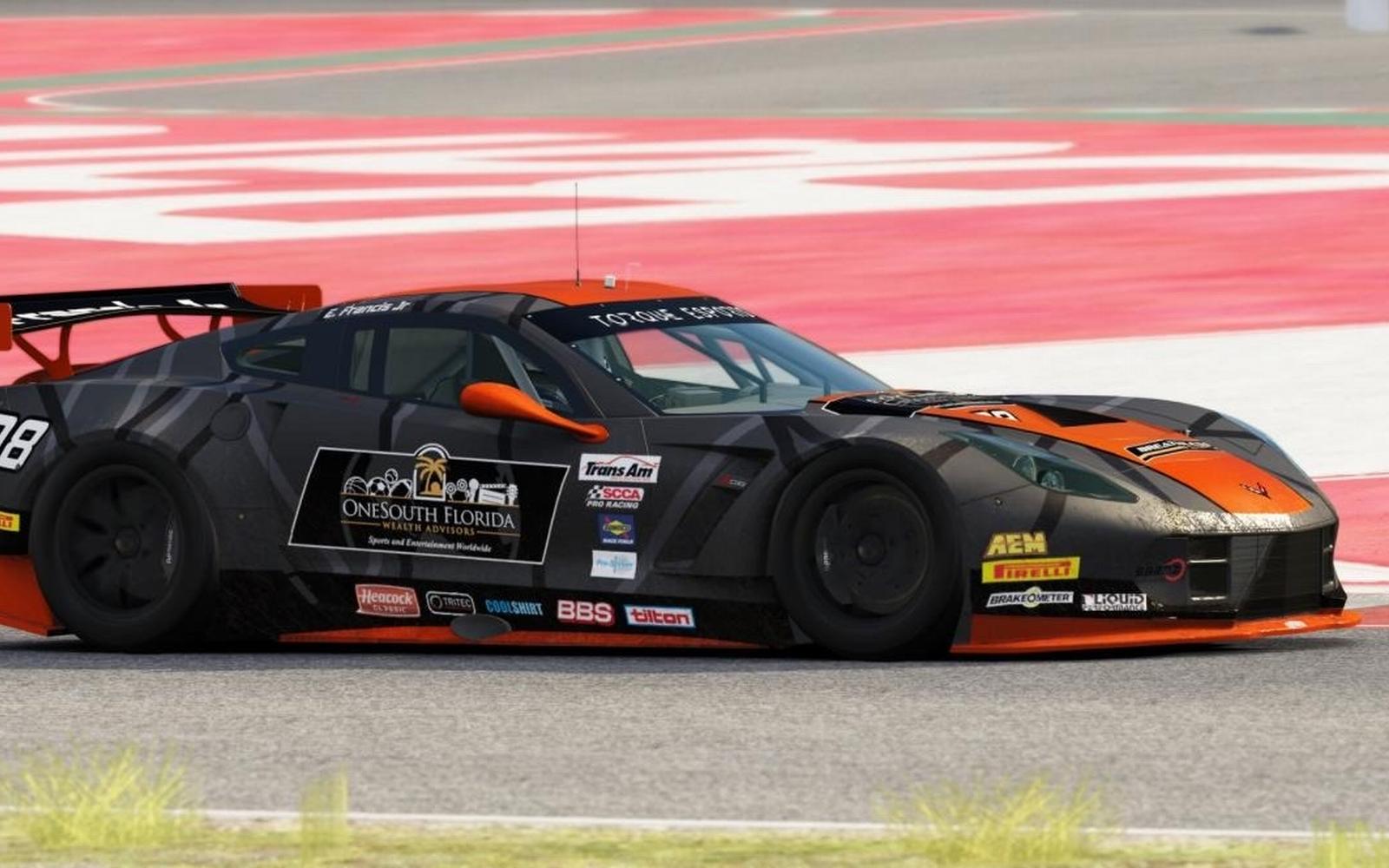 Barcelona, Spain (16 May 2020)- The loud roar of 27 Trans Am cars echoed through the virtual Catalunyan hills Saturday afternoon during the Round 4 of the Trans Am by Pirelli Esports Championship.

Trans Am’s signature close racing in the real world translated well into esports once again as a pair of close races marked the Trans Am European debut in the latest installment of its growing esports championship. 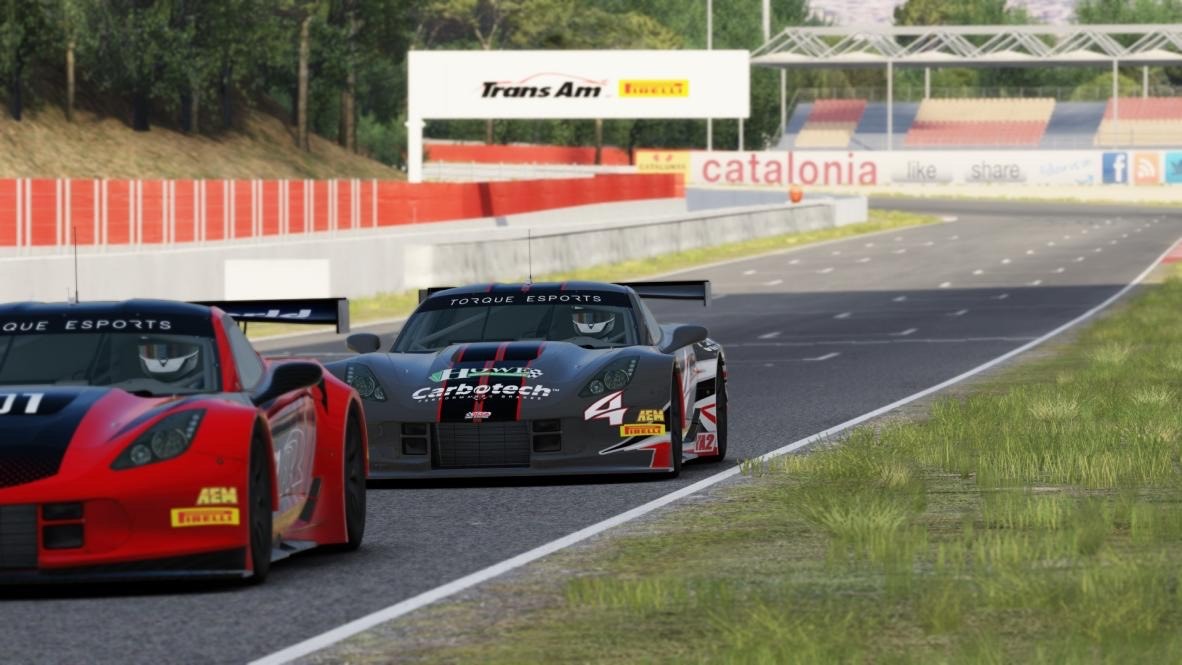 “The racing is becoming more realistic with every race that we do,” said Francis Jr. “Everyone is driving a lot better on the sim and the racing is getting even more exciting. It was a great race.”

Francis Jr.’s day didn’t start out as great as it finished though. Serving a penalty from last week for cutting the course in qualifying, Francis Jr. was forced to forfeit his Barcelona qualifying session and start from the back (Cameron Lawrence and Nick Rosseno also served the same penalty).

With two title contenders on the front row, Carl Rydquist (No. 46 MyRaceShop.com/Prototype Development Group) and Dylan Archer, son of Bobby Archer, lined up in Row 2.

Hurley and Kicera dove through three turns wheel-to-wheel with pole-sitter Hurley pulling to the point by Turn 4. From there, Hurley’s No. 03 Jetco Racing/McAleese & Assoc. machine checked out to build a 2.207 gap over second-place Kicera, to seize his third victory of the season.

“The race was great for me,” said Hurley. “I backed up the pace a little bit at the end, because I didn’t want to do anything stupid and I didn’t want to catch lapped traffic. Barcelona is fun to drive, especially when you qualify on pole to win.”

Keeping Hurley and Kicera in tow for the first half of the 20-minute race, Rydquist finished the opening round in a lone third place, his first podium of the season.

“I was pretty happy with today’s racing for the most part,” Rydquist said. “Everyone seemed to settle into rhythm by the second half of the race. It was fairly easy, but that’s one of the benefits of being up front.”
Francis Jr. charged from a last-place start to finish 10th in Race 1, which put him on pole for the reverse grid in Race 2.

Starting second, Thomas Merrill (No. 81 HP Tuners/Diehl-Merrill Racing) took the lead exiting the first turn in the opening lap. Francis Jr., on the prowl to retake the lead, whipped to Merrill’s outside on Lap 4. Their cars bumping and wheels touching down the front straight, Francis pressed his way to the inside to take the lead.

The heated battle between Francis Jr. and Merrill allowed Dylan Archer (No. 32 Archer Brothers Racing) to challenge Merrill for second. Merrill quickly switched his focus from battling for the lead to defending second-place from Archer. With Archer kissing Merrill’s bumper, lapped traffic forced  the No. 81 car wide, allowing Archer to cut to the outside to take second.

“It was a lot of fun,” Archer said. “I didn’t think I would have as much pace as I had, but it turned out pretty well. I saw an opportunity to pass Thomas (Merrill) and I took it. Then I did the best that I could to keep him behind me. I’m happy with second place. There was a lot of good racing today. This one was probably the best race of the season.”

After the dust settled, Francis Jr. claimed his second win of the season. Archer crossed the stripe second and Merrill settling for third.

“We came up on a lapper, it was one of those things you can see in slow motion but nothing you can do about it in real time,” explained Merrill. “I was in the wrong place at the wrong time, but I have to give credit to Dylan (Archer) for making such a great move on such a technical track.”

FIA Formula 2 driver Juan Manuel Correa put a stamp on his Trans Am debut, with the best finish of the high-profile guest drivers, placing fourth in the opening round after a race-long battle with John Paul Southern Jr. 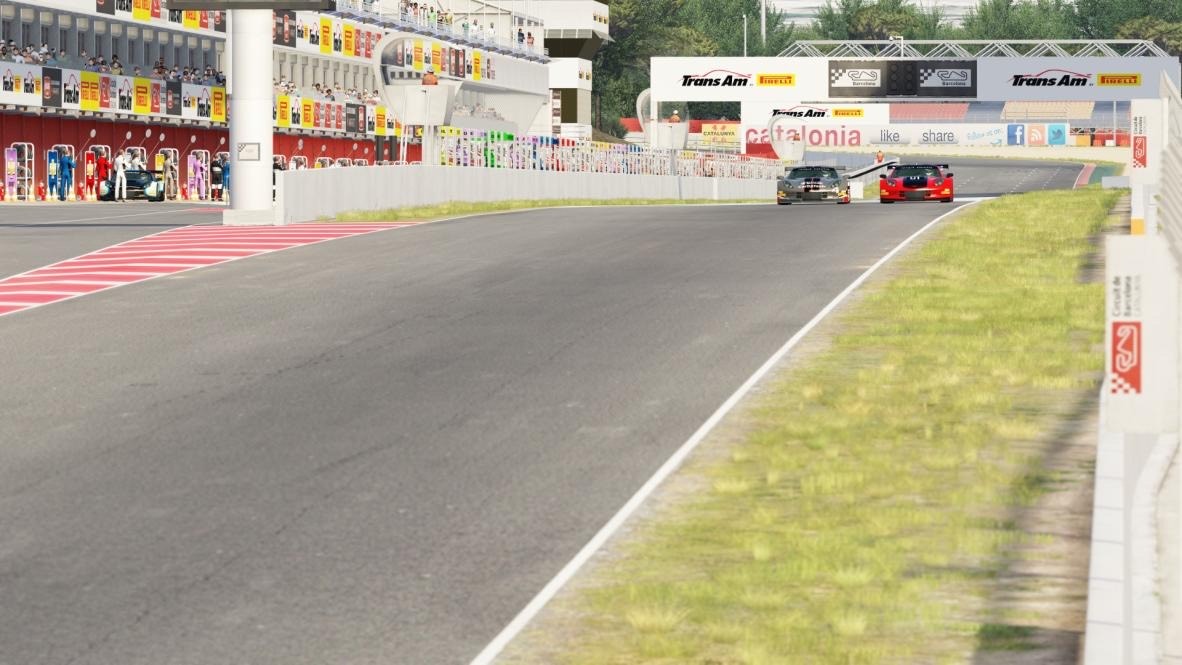 Correa’s Trans Am sim race debut marks another step forward for the young talent, who suffered serious injuries in an F2 crash at Spa-Francorchamps last season. After surgery and months of treatment, Correa is ahead of schedule in his rehabilitation as he targets a return to racing in real life in 2021.

“It was good fun and good racing today,” said Correa. “It was a pleasure to be racing this event.”

Hurley finished the day 10 points ahead of Kicera in the season-long point battle. The esports championship follows the same scoring as the regular Trans Am season with the top drivers fighting for more than $20,000 in cash and prizes.

Round 5 of the Trans Am by Pirelli Esports Championship continues Saturday, May 23 at 3:00 p.m. Eastern with a special surprise course announced mid-week.