It’s All to Play For 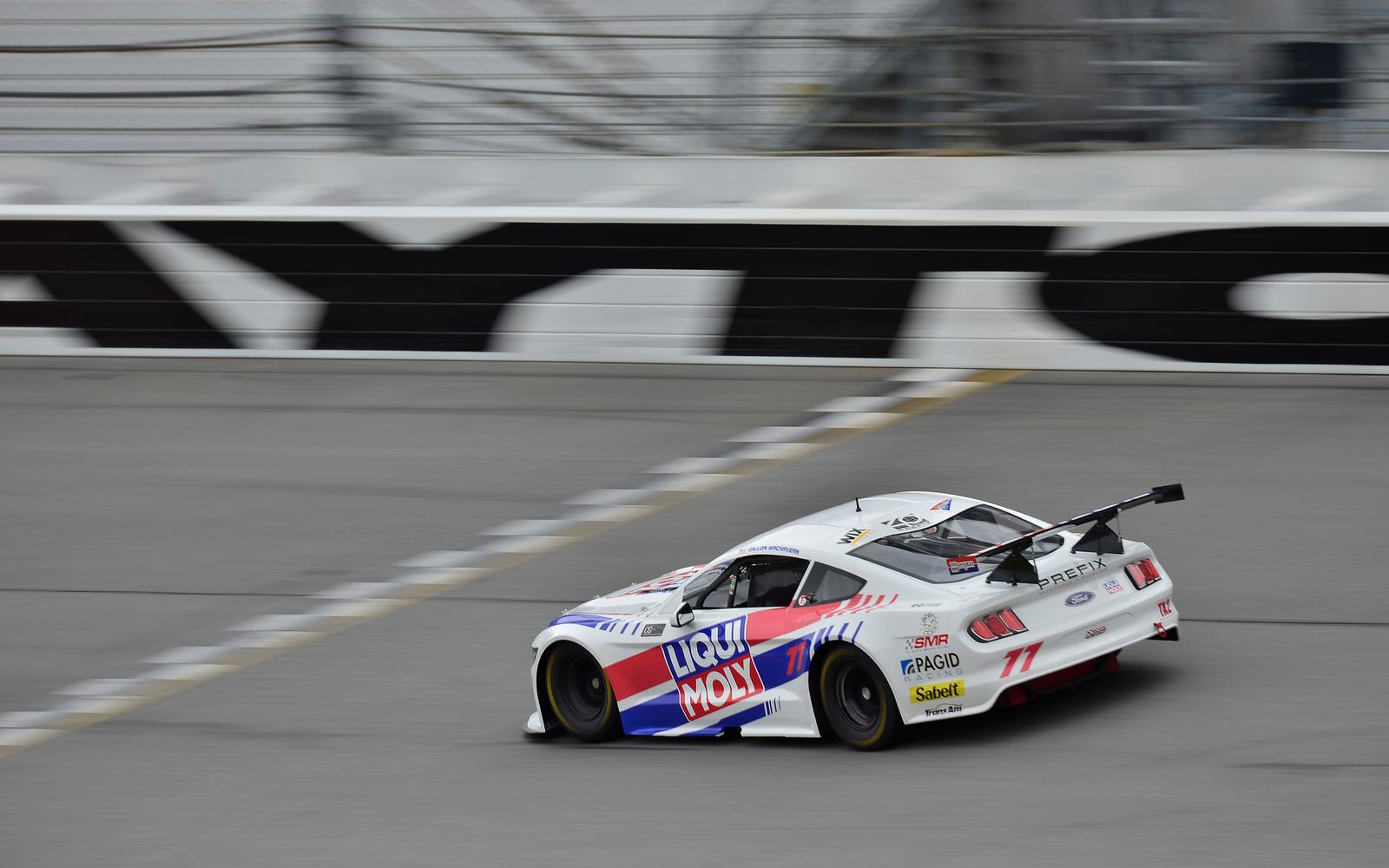 Daytona Beach, Fla.– Stevens-Miller Racing (SMR) arrives at the final race of The Trans Am presented by Pirelli with the 2019 driver and team championship in hand. Marc Miller, driving the PREFIX 40th Anniversary Dodge Challenger, locked up the championship at the last round at Circuit of the Americas (COTA) and with that came the team championship.

Marc Miller said, “I am really looking forward to Daytona. Some may think I am going into this event a little more laid back than usual, but I still have the mindset to run every lap like qualifying. The SMR crew has always given me great equipment, so I want to reward them accordingly. I’ve had a bunch of ‘almost wins’ at Daytona and this year I have the opportunity and the car to get my first win here.”

Teammate Dillon Machavern currently sits fourth in the championship and is only a few points out of second. Machavern is no stranger to the Daytona road course having competed in a variety of events, including the Daytona 24 Hour. With only 22 points separating second through fifth, it’s all to play for as the season comes to a close at the famous Florida venue.

“It’s always exciting when the points battle is so tight heading into the last event, especially when that event is Daytona,” Machavern said. “The Stevens-Miller guys have my Liqui Molly Mustang prepared with fresh PREFIX power under the hood and I’m looking forward to capping an awesome season off with some hardware.”

Team Owner Joe Stevens added, “My guys have fought hard all year, no doubt it has been tough. I‘m so proud of the entire staff, everyone has given their all. Marc and Dillon have been front runners at every race this season both had issues along the way, but they never quit nor did my crew.

“Dillon needs a strong race to move up in the standings. After COTA, his car went to the body shop and got a fresh PREFIX Choice engine put in it before it was shipped to the SEMA Show to be the focal point of the Liqui Moly display. It’s as good as it can be, and our Liqui Moly Ford Mustang is ready for the final fight. Dillon sits fourth in the championship and I really want to get him in the top three. ”

Rounding out team SMR at Daytona will be newcomer John Paul (JP) Southern Jr. and 2018 Australian TA2 champion Ashly Jarvis. Drew Neubauer will be making his fourth appearance of the season in SMR’s  No. 11 Maxon Dodge Challenger.

Stevens-Miller Racing (SMR) has one of the highest winning percentages in Trans Am’s TA2 category. SMR’s staff has earned 30+ podiums, three championships, multiple Hard Charger Awards, Rookie of the Year, and more. The team’s focus is achieving the driver’s desired goals. Whether that’d be just having fun, developing driver skill, or winning championships, SMR does it all and has the winning history to back it up. See www.stevensmillerracing.com for more details.