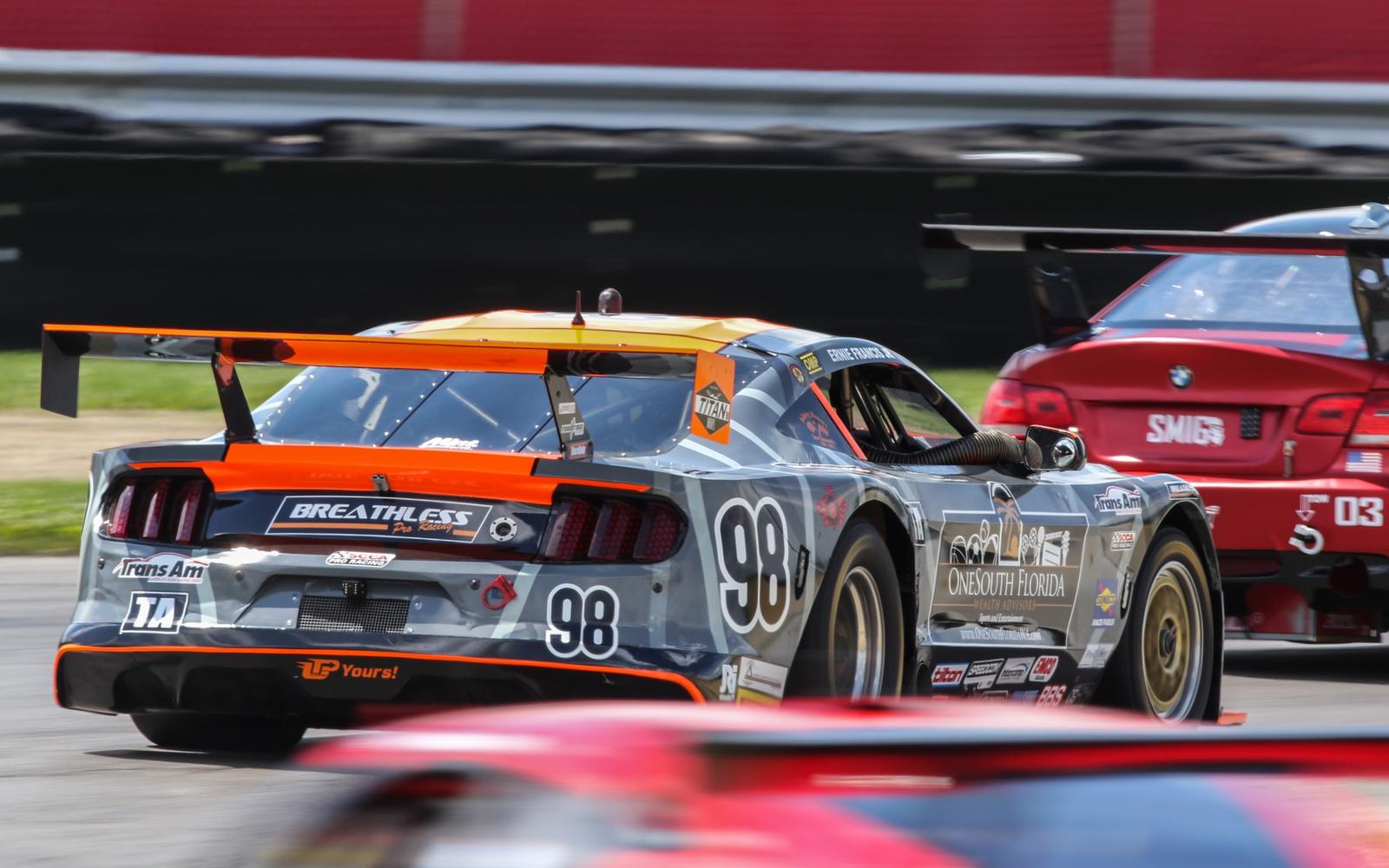 Ernie Francis remained perfect in his seventh Trans Am Series presented by Pirelli start at the Mid-Ohio Sports Car Course. Gridded fifth, Francis worked his way up the field on a drying track in the No. 98 One South Florida Wealth Advisors Ford Mustang to take the lead with 20 minutes remain and then cruised to a 2.827-second victory over the pole-winning Corvette of Tony Ave. Chris Dyson gambled by pitting for slick tires, finishing third in the No. 20 Plaid Ford Mustang.

Porsche driver Erich Joiner won in XGT, beating out the Audi of Ken Thwaits after both pitted for slick tires late in the race.

Series debutant Mark Brummond led start-to-finish to win SGT in his pole-winning BMW, beating out the F.A.S.T. Mustang of Adrian Wlostowski, who recorded a career-best finish.

In addition to fielding Francis' winning Mustang, Breathless Racing also won in GT, with Tim Horrell leading all the way in a Porsche GT4 Clubsport.