Francis Jr., Kezman and Davison Lead Trans Am at Indianapolis 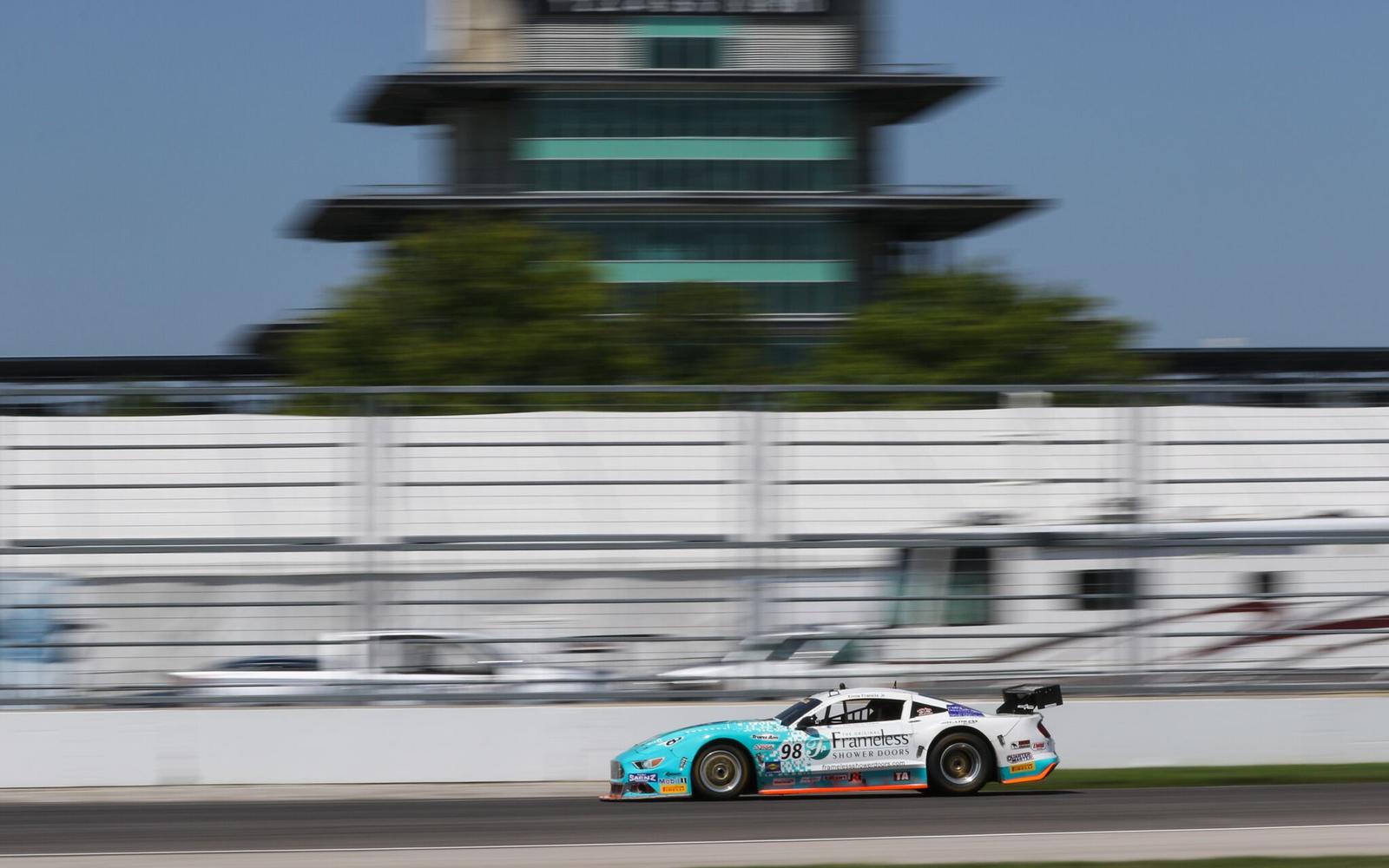 INDIANAPOLIS, Ind. (2 August, 2019)-The thunder roaring from Trans Am Series presented by Pirelli cars filled the air at the Indianapolis Motor Speedway on Friday as the the Trans Am, SuperGT and GT classes took to the track to set the grids for this weekend's races.

After opening the running with morning practice, the split 35-minute qualifying session ended the day at IMS. The track was considerably hotter for qualifying than during morning practice, and with a wide range of machines also taking to the track as part of the Brickyard Vintage Racing Invitational, several types of rubber lined the 2.43-mile circuit. But, the Pirelli tires equipped throughout the TA, SGT and GT field gave the Trans Am runners all the grip on offer in the tricky conditions.

TA class driver Ernie Francis Jr. was quickest all day and after just a handful of laps, the multi-class champion notched a lap of 1:25.367-seconds in his baby blue and white No. 98 Frameless Shower Doors Ford Mustang to take pole position. 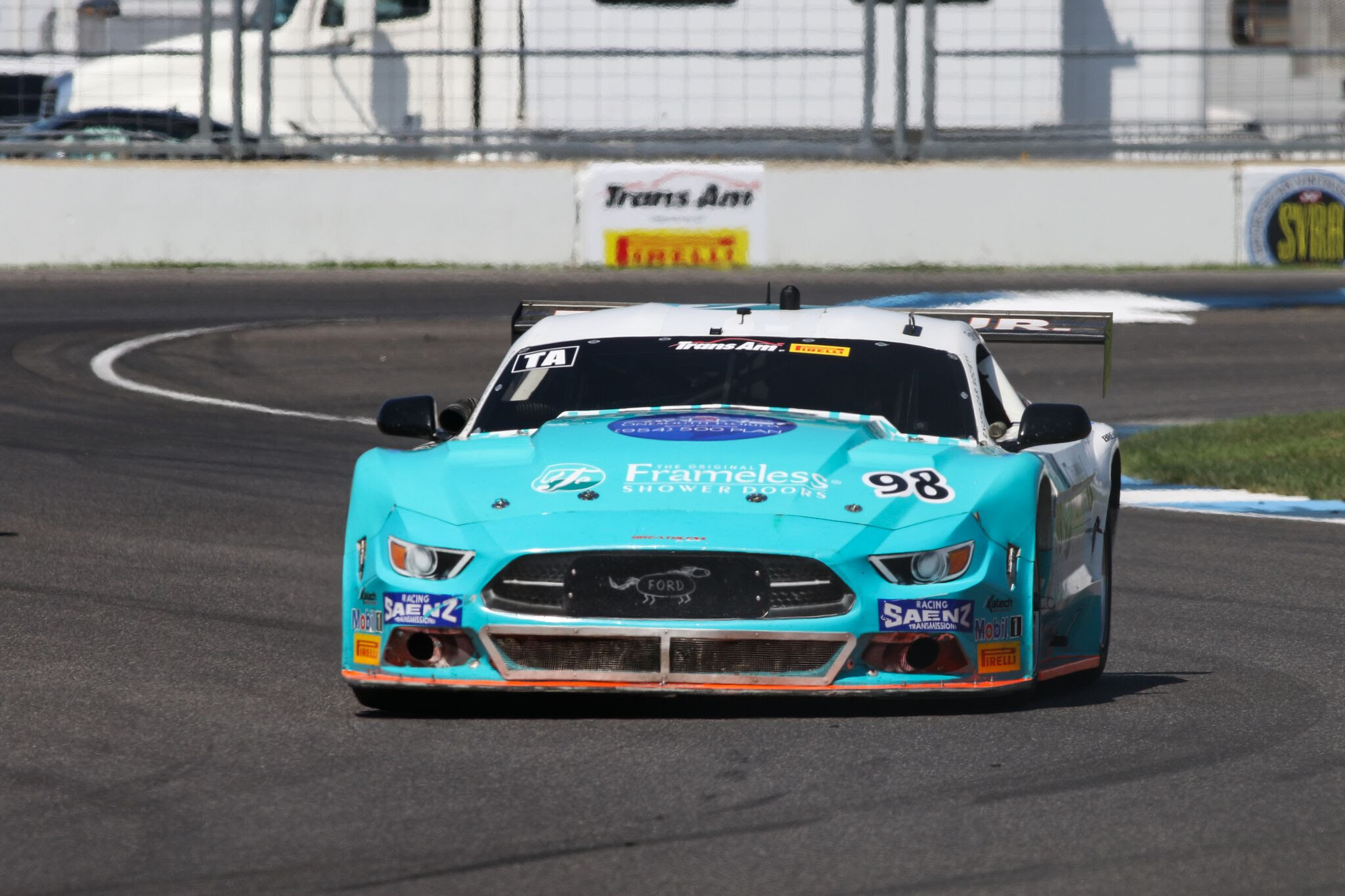 “Qualifying went really well for us,” said Francis Jr. “We had the pace we were expecting out there. We are usually pretty fast around this place and IMS is a track that I really like driving around. We threw a new set of stickers on for this session and knocked down a fast lap. I’m really proud of the guys here at Breathless Racing. They worked really hard to get the Frameless Shower Doors Ford Mustang out there on pole for tomorrow’s race.”

Following a pre-practice inspection by his team, Chris Dyson missed out on the first session of the day, which only got more interesting from there. The series allowed the No. 20 Plaid Ford Mustang to turn hardship laps, but Dyson experienced more hardships during what should’ve been an excitement-free shakedown as a transmission issue kept him from doing the full lap.

But his CD Racing squad rallied behind him as just a few short hours later, Dyson qualified second in TA with a lap of 1:26.137-seconds. Just over seven tenths of a second off pole, Dyson showed no ill-effects from the issues that plagued him earlier in the day.

“We had a cautionary engine change after we saw some suspicious material in the oil that we didn’t want to take any chances on,” Dyson explained. “The guys pushed pretty hard to get out there for some hardship laps, when we had some issues unrelated to the engine with the transmission. We were resilient and I would put our team next to anyone in the world. They really inspire confidence.” 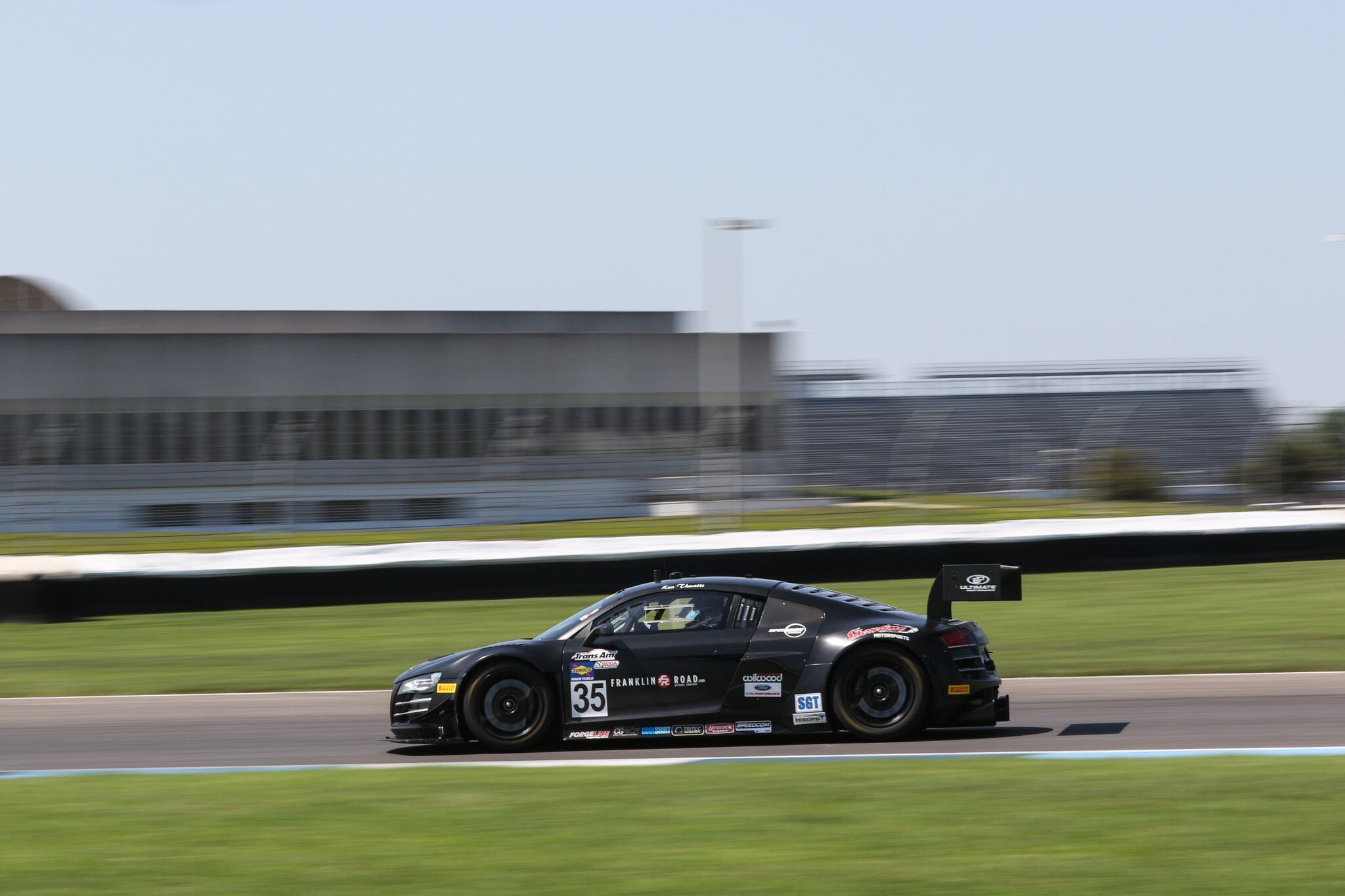 Adam Andretti (No. 86 Engineered Components Co/Anchor Bolt Chevrolet Corvette) took third fastest lap of the day in TA and will start behind Francis Jr. and Dyson. Celebrating his 57th birthday driving the No. 57 Kryderacing Cadillac CTSV, David Pintaric will start beside Andretti in Row 2. Amy Ruman (No. 23 McNichols Co. Chevrolet Corvette) completed the top-five with a best time of 1:28.555-seconds.

About seven tenths of a second also separated the top SGT drivers. Tim Kezman in the No. 44 Lemons of Love Porsche 991 GT3 Cup edged out series-newcomer Ken Thwaits in the jet black No. 35 Showtime Motorsports Audi R8.

“I am excited to qualify on the front row without any drama,” Thwaits said after his first ever Trans Am qualifying session. “I wanted to save the car as much as possible. It is a long race and it’s going to be hot. Saturday is what it is all about. Qualifying is good for a few laps, but we have to put together 42 (laps) tomorrow to win.”

Steven Davison in the No. 22 Aston Martin Vantage reeled off a quick time of 1:35.267 to take pole over Joe Bogetich in the No. 65 Westover Controls Chevrolet Camaro SS. 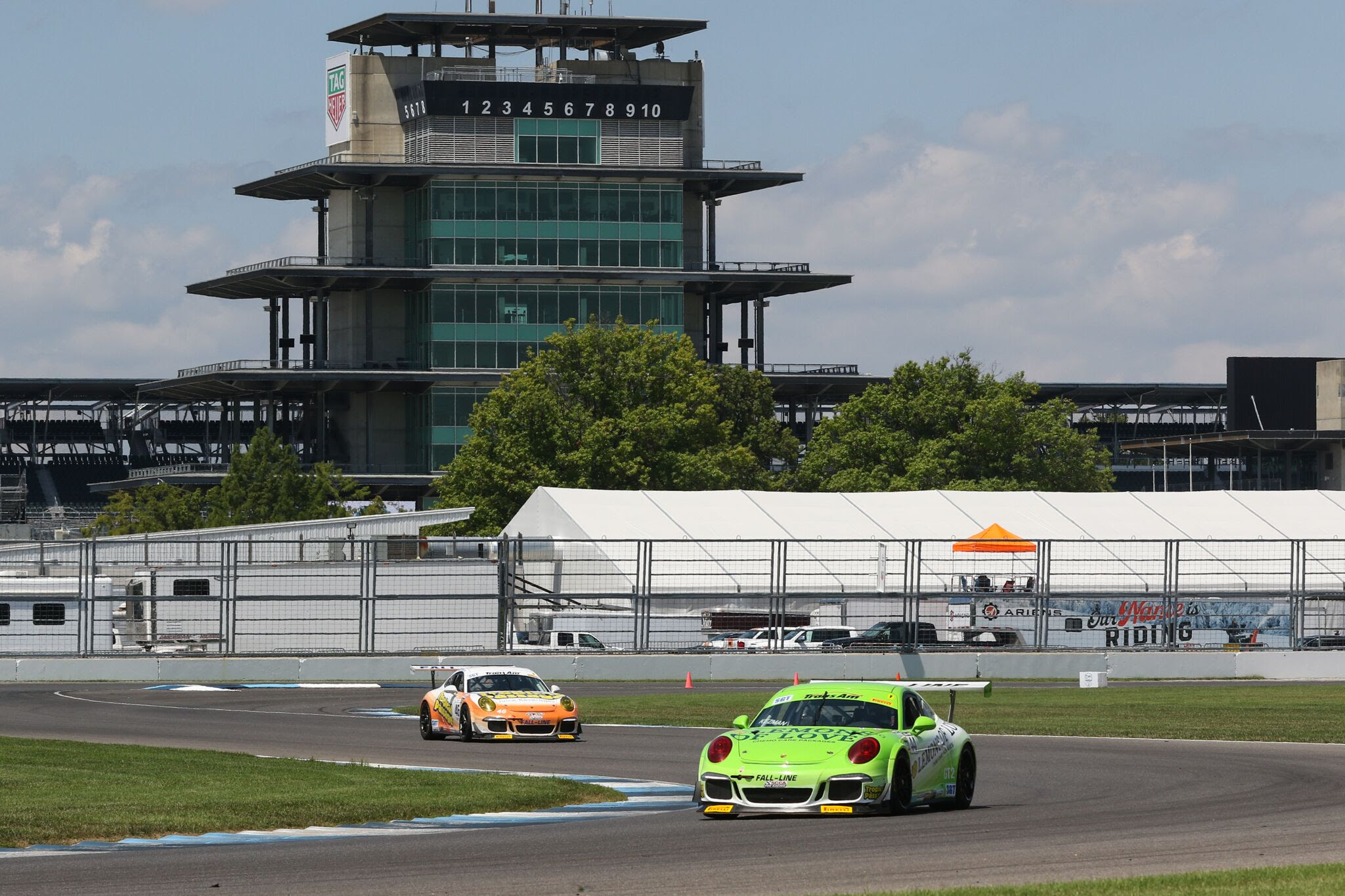 The TA/SGT/GT 100-mile feature commences Saturday at 2:35 p.m. ET following a TA2 powered by AEM practice in the morning. Fans are invited to the Paddock Open House from noon to 1:00 p.m. where drivers and cars will be on-site for photos and autographs. For more information visit GoTransAm.com or follow the weekend activities through Facebook, Twitter or Instagram @gotransam.