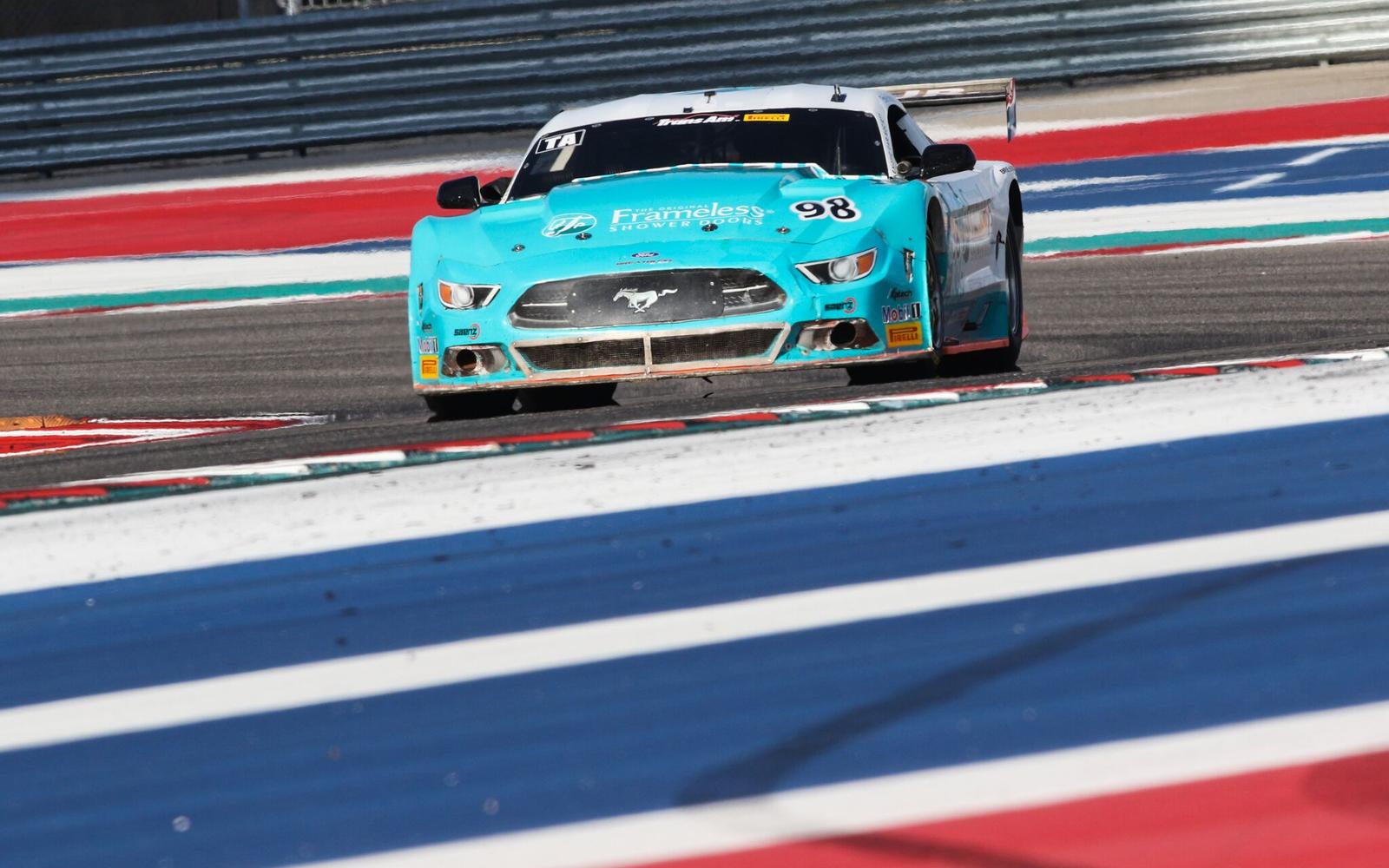 AUSTIN, Texas (4 October 2019)-  Record-breaking Texas heat couldn’t keep Ernie Francis Jr. from claiming his second consecutive pole position (fifth of the season) at Circuit of The Americas during the Trans Am Series presented by Pirelli qualifying on Friday.

Wheeling his baby blue No. 98 Frameless Shower Doors Ford Mustang, Francis Jr. was the only driver to touch times in the 2:07s on the 20-turn, 3.426-mile circuit with a fast lap of 2:07.991-seconds. The flying lap earned the defending TA champion an extra three points to the season-long championship battle, furthering his lead over second-place Chris Dyson (No. 20 Plaid Ford Mustang).

“Feels great to be back on pole here at CoTA,” said Francis Jr. “I really love racing around this track. I think we should have a really good result tomorrow to extend our lead in this championship.”

Piloting the same Pancho Weaver-built Dodge Challenger that Boris Said drove to victory two weeks ago at Virginia International Raceway, Adam Andretti (No. 44 SRIPerform/ECC/AnchorBoltScrew / Dodge Challenger) edged out Dyson with a time of 2:08.630-seconds for a second-place start in Saturday’s 100-mile feature. 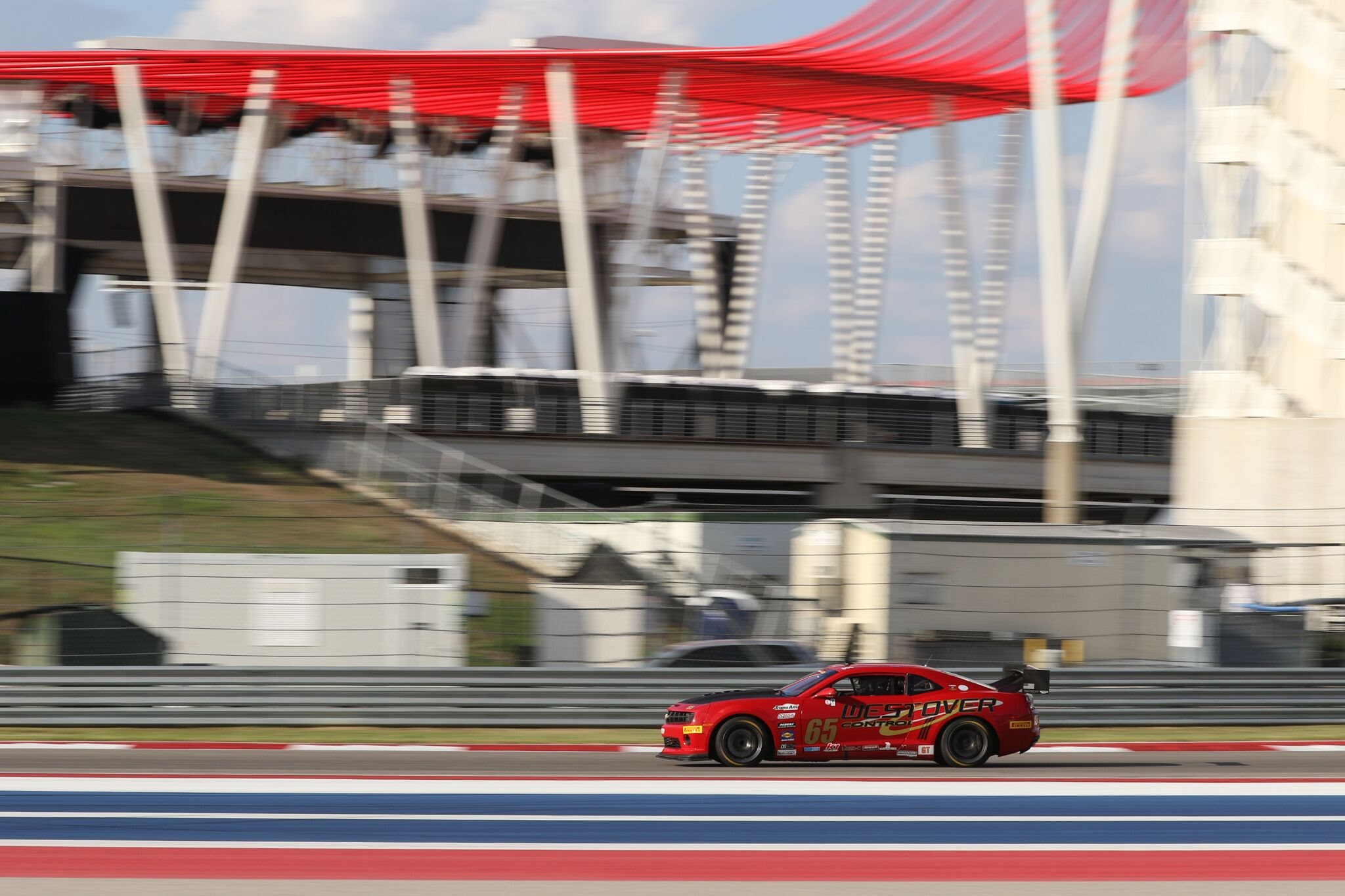 “I don’t think that it is any secret of the talent Pancho Weaver has in building a race car,” said Andretti. “The combo of that and ECC Motorsports I think this is going to be pretty dangerous, we just showed what the infancy of this program is going to be about. I am just the super blessed individual who gets to sit behind the wheel of truly talented people putting great race cars together for me.”

Dyson, who was fastest in Friday morning practice, will start Saturday's race from Row 2.

“I am kind of disappointed because we had a really good run this morning, the car just wasn’t good in qualifying today,” Dyson said. “I thought for sure we were going to have a low 2:08s or high 2:07s, based on what we did this morning. We didn’t make any changes, but the car just didn’t respond this afternoon. I am a bit baffled frankly about where the handling ended up today.”

The extreme heat had no effect on Southern California native Cindi Lux in the No. 45 LuxPerformanceGrp/ BlackRockCoffee Dodge Viper as she claimed her first SGT class pole-position of the season. Using the slip stream from Ken Thwaits’ Audi R8 to her advantage, Lux knocked off a flying lap of 2:17.371-seconds, edging out WGI SGT winner Aaron Pierce by two tenths of a second. 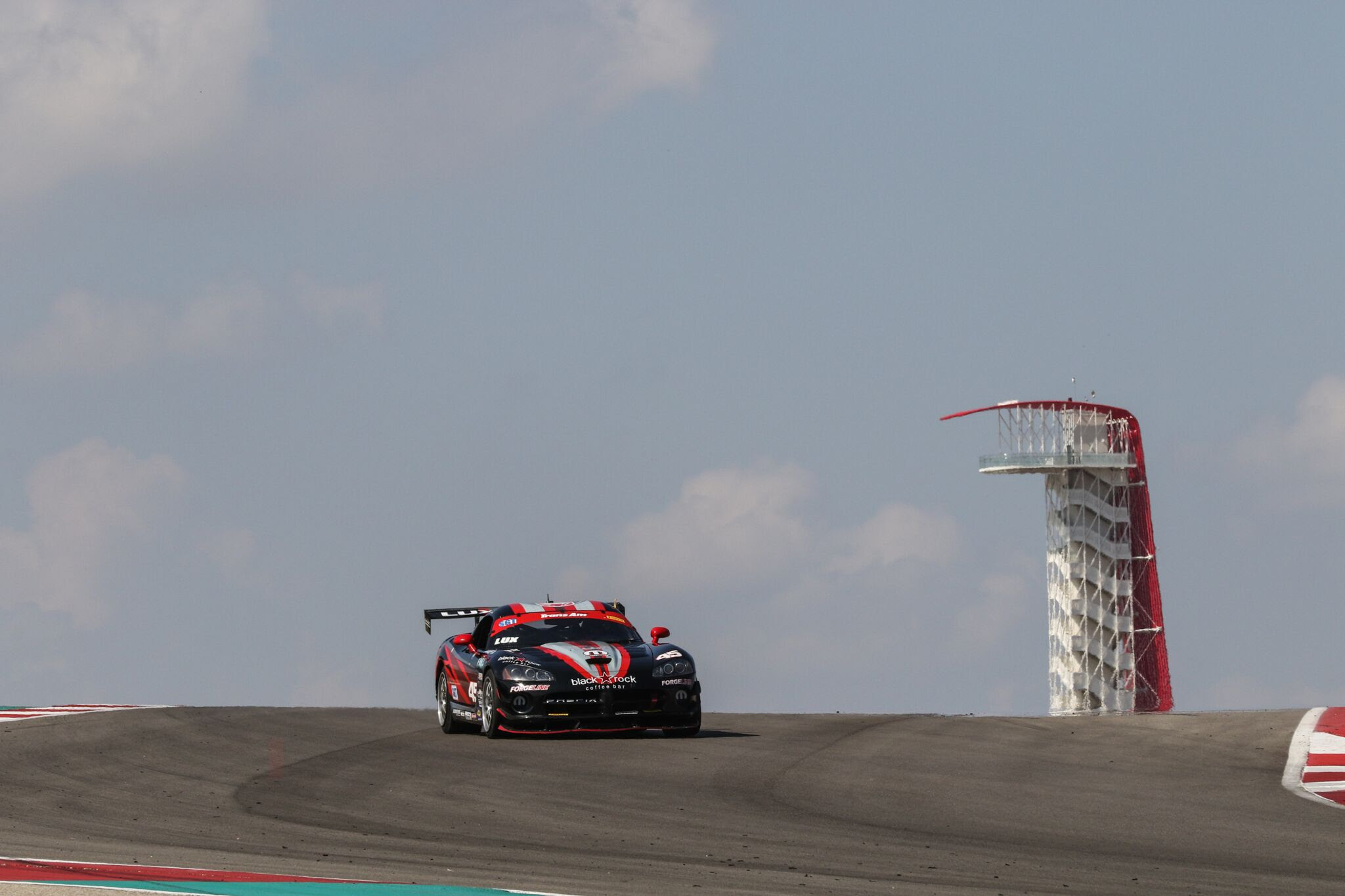 “I owe Ken (Thwaits) a beer,” Lux said with a grin. “He and I were just laughing about it in tech because he towed me down the straight away. It was a Hail Mary lap. I really didn’t think I had much for Aaron (Pierce) or Ken, those are two really fast cars. We just threw everything to the wind for the one lap. Right now I am feeling good, but qualifying to me is just one percent of the weekend, we still have to finish the race tomorrow.”

Hailing from the Trans Am Series presented by Pirelli West Coast Championship, Joe Bogetich put his No. 65 Westover Controls Chevrolet Camaro SS on point in the GT class.

“It’s bumpy in places and super hot out there,” Bogetich said. “Tomorrow we race in the morning so we are hoping for a lot cooler temperatures. We are planning on holding on to this pole position to take the win.”

The Trans Am Series presented by Pirelli TA/SGT/GT classes will take the green for the multi-class 100-mile feature starting at 10:50 a.m. Central on Saturday.