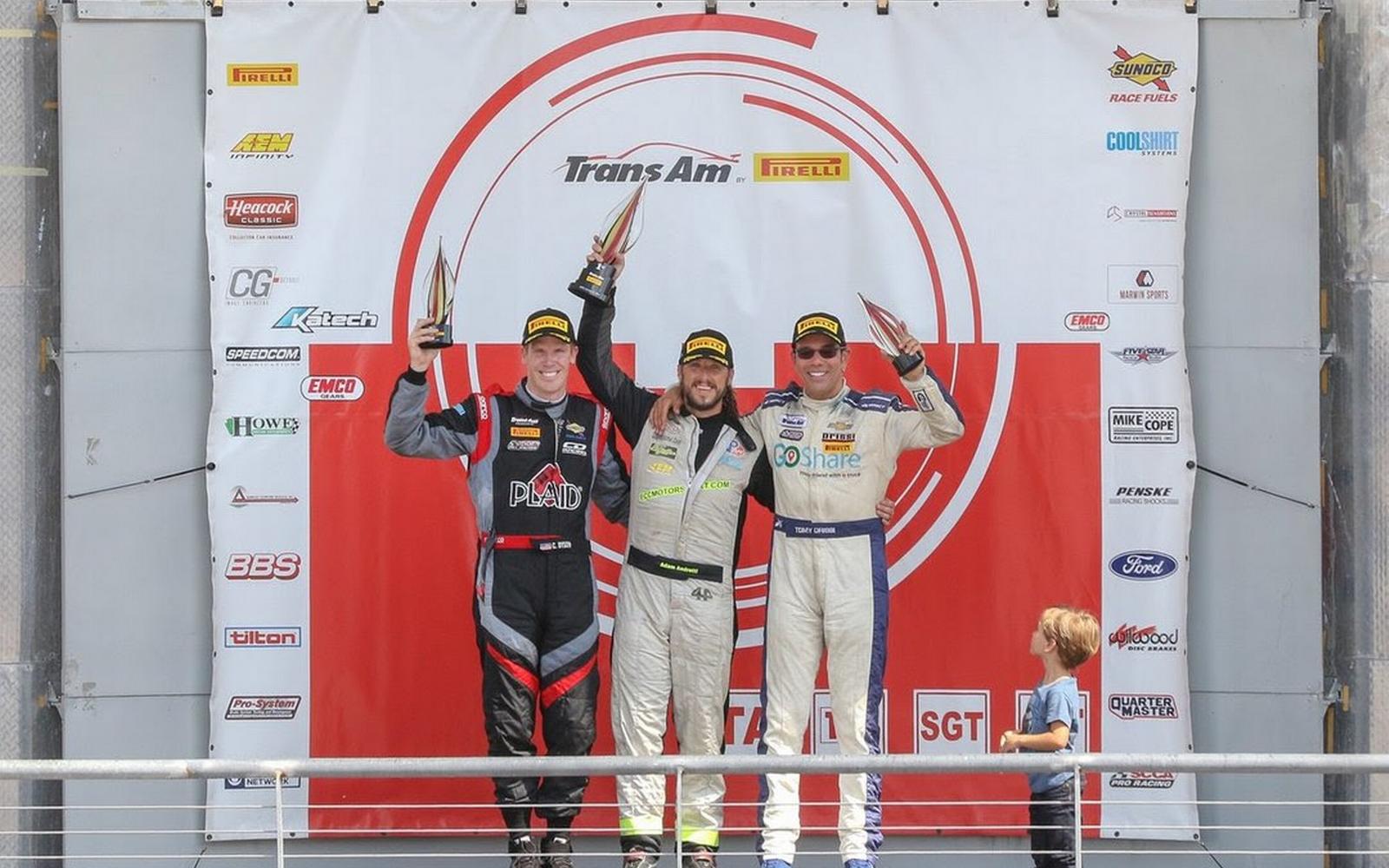 Austin, Texas - October 6, 2019 - Tomy ‘The Rockin' Moroccan Drissi demonstrates impressive consistency after notching his third consecutive podium finish, his fifth of the 2019 Trans Am season overall, and his third successive top three finish in TA Class racing at Circuit of The Americas. His achievement is all the more impressive given that the Angeleno was forced to sit out three races this season.

It is always a special occasion when Trans Am comes to the state of the art race track that is COTA, now the home of the Formula One United States Grand Prix. It is the only occasion in the calendar when the West Coast Championships and National Championships of Trans Am presented by Pirelli converge. A true festival of muscle car racing at a hugely prestigious venue, it's one of the highlights of the season.

Tomy's No. 8 Lucas Oil Slick Mist Chevrolet Camaro has been quick all year, and so it proved once again in Texas where he was the fastest out of the gate in testing, registering a time of 2:11:172 on the third lap of the session to top the timing charts. He improved on that time in second testing, clocking 2:10:976 for P2.

Official practice saw Tomy lower the bar further, to 2:10:282 and in qualifying he recorded 2:10:359 for P4 on the second row of the grid, maintaining his fine record in qualifying.

When the race got underway Saturday lunchtime, Tomy was shunted by Amy Ruman on the first corner sending him spinning. The accidental coming together cost Drissi several places and caused him to drop back to P9, but perhaps surprisingly there was no yellow flag. 2009 Trans Am Champion Drissi was nevertheless able to pick his way through the field to claim fourth spot before Ernie Francis' bad luck became Tomy's good fortune as with five laps left the Championship leader was passed by the Lucas Oil Slick Mist pilot, allowing him to claim the third spot on the podium. A time of 2:12:067 on lap 11 was Tomy's fastest lap of the race.

The 2018 West Coast Champion was as magnanimous and generous as ever in his post race interview, "Good job Burtin Racing and the Slick Mist team." He said, before adding about the incident at the start, "We got hit right at the first turn, I know Amy didn't do it on purpose but there was no yellow. I never gave up, I was doing just okay laps. I didn't want to ruin the tires as we were way too far back to catch the leaders. Then we passed quite a few cars and got up into fourth. We wanted a yellow to go and attack the three guys in front of us but there wasn't one. I feel sorry for Ernie losing his brakes but congratulations to Adam Andretti winning his first Trans Am race. Go Slick Mist, Lucas Oil!"

Tomy will be looking to continue his fine form as the season reaches its traditional climax at Daytona International Speedway, November 12 to 14.Follow Tomy Drissi online at tomydrissi.com and on Facebook, Instagram, YouTube and Twitter. @TomyDrissi and keep an eye on our social media for race weekend videos, updates and a look behind the scenes from the race track!