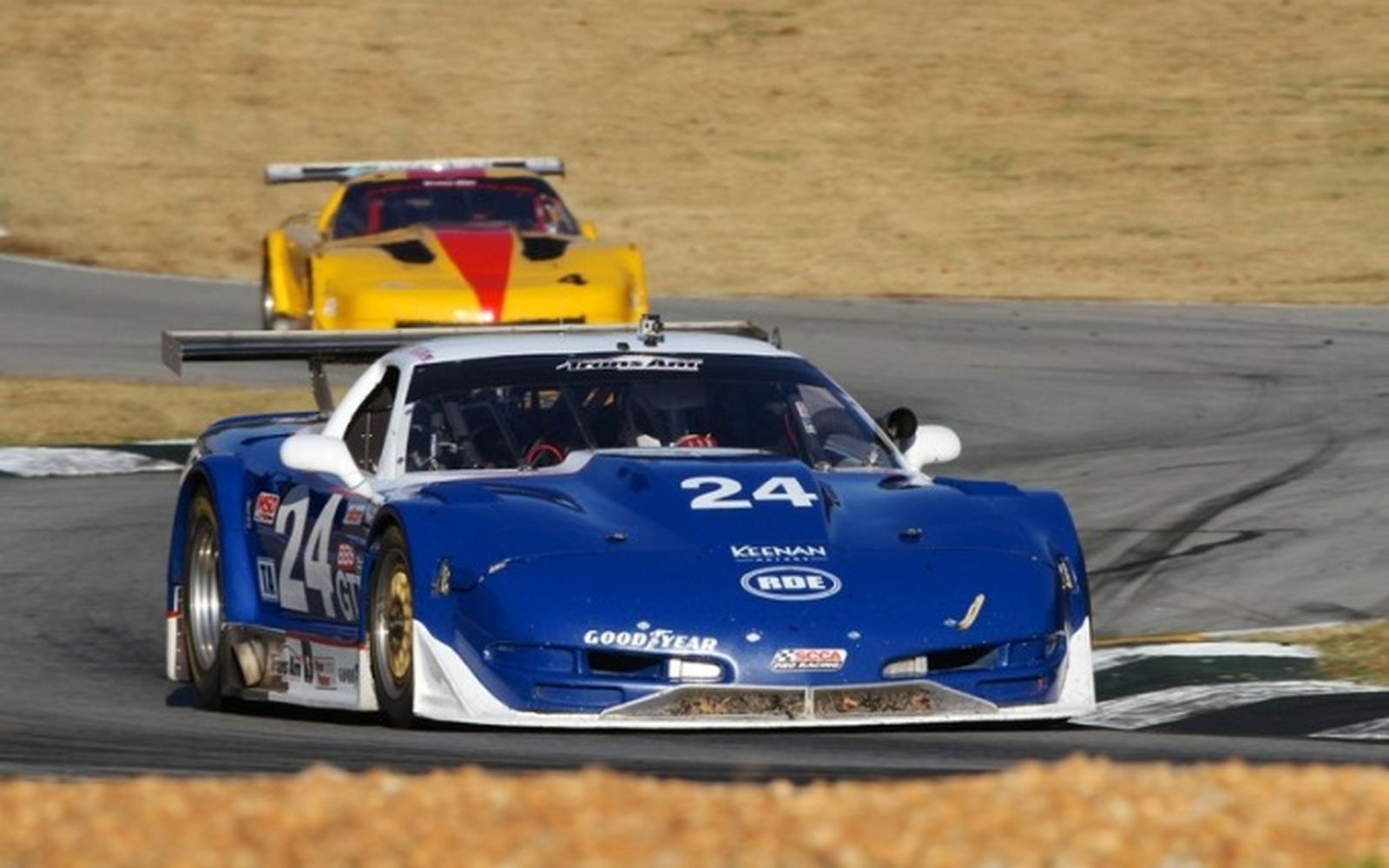 Rick Dittman and Jim Peruto have decided that the Trans Am series is the place to be.  Dittman, a veteran of the series who has competed sporadically since 1977 will be partaking in his first full season with Trans Am.
“I’ve been watching the series over the course of the year, and it has be come pretty clear to me that it’s on a huge upswing, and that’s something I want to be a part of and so does Jim (Perato).”
Dittman, a native of Prairie View, Illinois will be driving a Derhaag style Corvette under the sponsorship of RDE and is anxious to join the Trans Am field and race with the likes of Gregg, Ave and Ruman.  So anxious, he entered the field for the 2012 finale, but was forced to retire due to mechanical failure about halfway through the race.  He insists he and the #24 RDE Chevrolet Corvette will be back in action and better than ever come 2012.
Jim Peruto of Doylestown, Pennsylvania will also be in a Corvette, although of the newer body style, under the sponsorship of Keenan Motors.  Peruto is a veteran of racing and has a love of speed, recently setting the open road world speed record in a Dodge Challenger, averaging 217.56 mph our 90 miles of highway with a top speed of 244mph.  He also holds the Silver State race record.  He will be bringing his affinity for all things speed with him to Trans Am starting spring of 2013.
Trans Am President, John Clagett, was pleased to see the addition of the two vetran drivers to the paddock.

“The addition of Rick and Jim will only make our field more competitive, I personally look forward to seeing them perform next year.  Their commitment to the series is just another sign of how quickly this series is growing and the progress we’ve made in such a sort amount of time since assuming control of the series just a year ago.”