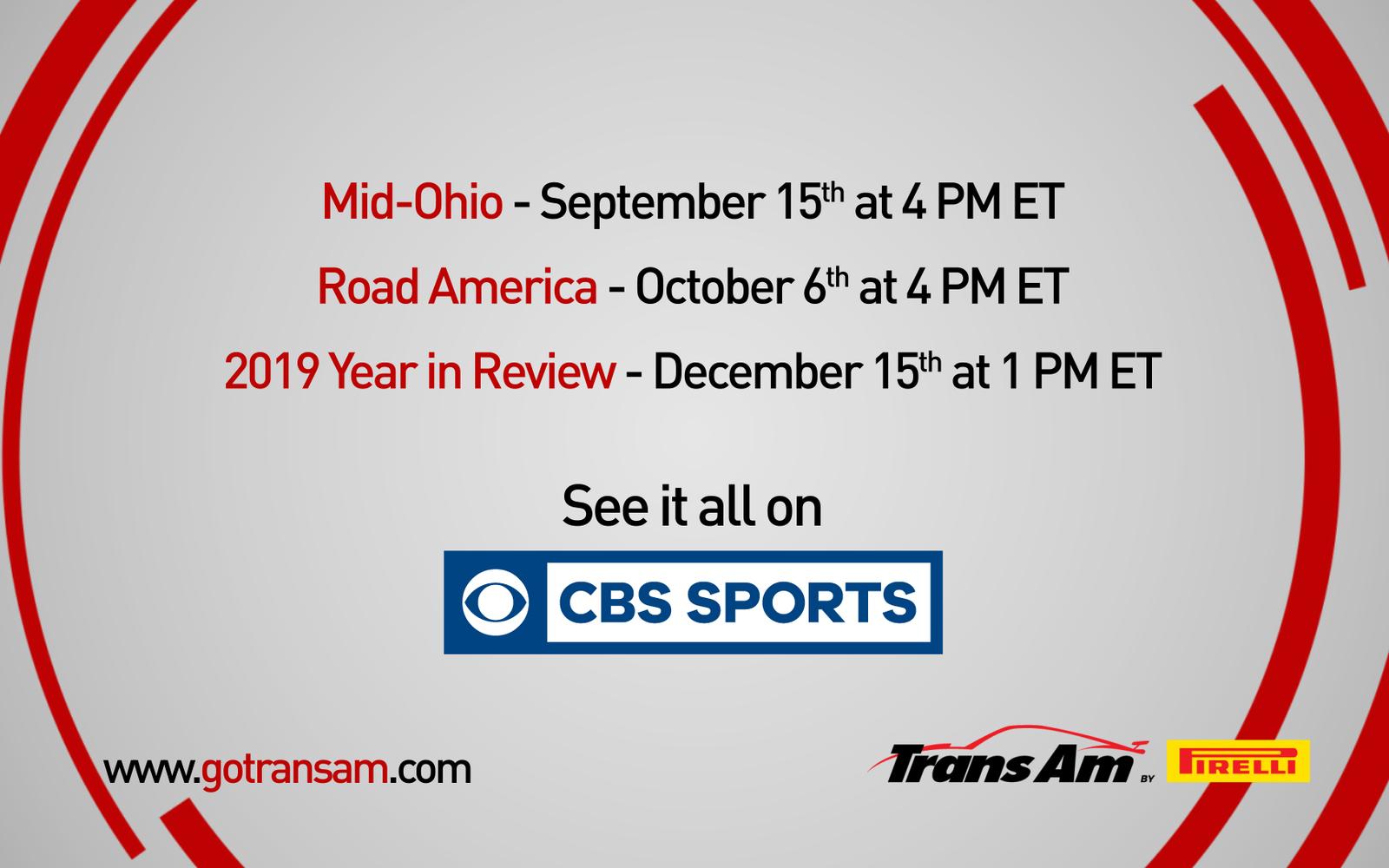 MIAMI, Fla. (6 Sept. 2019)- Matching to build on its resurgence and competitor growth, the Trans Am Race Company developed a new approach for media relations and marketing for the Trans Am Series presented by Pirelli ahead of the 2019 season.

Focusing on reaching a global online audience, Trans Am has seen a significant growth in audience exposure through earned media and social media platforms since the beginning of 2019.

In the first half of the year, Trans Am’s cumulative social media metrics grew by 20.6 percent. Reflecting the positive response to the content, engagements increased by 47.7 percent, generating more than four million combined impressions. The amplified interest in the Trans Am Series also saw increased media coverage for the North American series, with hundreds of articles capturing the opening half of the 2019 season so far.

The series has also accelerated its video content, featuring extensive in-weekend coverage tailored for social media use, with the series also generating post-weekend wrap up shows to cover the action in each of the four (TA, TA2 powered by AEM, SGT and GT) classes that regularly compete at each Trans Am event.

“Using traditional media in the past gave us a foundation to build one of the most loyal fan bases in the world,” President of The Trans Am Race Company John Clagett said. “As we’ve continued to grow, we have worked to respond to where the world is going with a wider range of digital content. This approach has resulted in noticeable growth not only in our footprint in the media landscape, but we’ve also engaged with new, younger fans. As a longtime Trans Am guy, I have to admit that it’s been pretty exciting to see this growth and these new fans.”

While most of the marketing efforts have been online, the Trans Am Company also recognizes that there is a strong demand for race coverage on the more traditional platforms like television.

Continuing its agreement with CBS Sports Network, fans can still watch their favorite Trans Am drivers turn laps on television as a three-race broadcast schedule for the series will start later this month.

“We’re pleased to once more showcase the Trans Am Series, our competitors, teams, and partners on CBS Sports Network to fans nationwide,” said Claggett.  “This season we have mainly focused on bringing immediate video content to a global audience through our website and social media, but know that there is also still a strong demand to watch Trans Am racing on television. We’ve had a tremendous season and look forward to sharing the races on these national broadcasts.”

Bringing the FirstEnergy Mid-Ohio 100, the Ryan Companies Road America Classic and a year-end highlight show to a national audience, each selected Trans Am event will feature a seven-part show with dedicated racing segments for Trans Am, TA2 powered by AEM, and the SGT/GT classes.

There is still a lot of racing to do with year with four events still left in the season. Fans can keep up with all the action on GoTransAm.com, on Facebook, Twitter or Instagram @GoTransAm or by subscribing its YouTube channel at The Trans Am Series