Championships on the Line as Trans Am heads South to VIR

ALTON, Va. (18 September 2019) — With only three rounds remaining in the 2019 Trans Am Championship presented by Pirelli, the series heads south to VIRginia International Raceway (VIR) Sept. 20-22 with a robust 47-car field. Similar to Trans Am, the Virginia circuit is one that runs deep with history, and has also enjoyed a modern day resurgence. The 3.27-mile, 17-turn circuit has played host to Trans Am annually since 2013, and VIR results often come with weighty title implications.

As a joint weekend with the Sportscar Vintage Racing Association (SVRA), the Trans Am racing lineup will feature two 100-mile races on Saturday; the ultra-competitive TA2 powered by AEM race followed by  the multi-class (TA, SuperGT and GT) Trans Am feature that will culminate the weekend.

Ernie Francis, Jr. (No. 98 Frameless Shower Doors Ford Mustang), enters the VIR round with a 16-point lead over Chris Dyson (No. 20 Plaid Ford Mustang). Francis’ strong performances have helped him grow his advantage as he aims for a VIR redemption after having a tough VIR race visit in 2018. 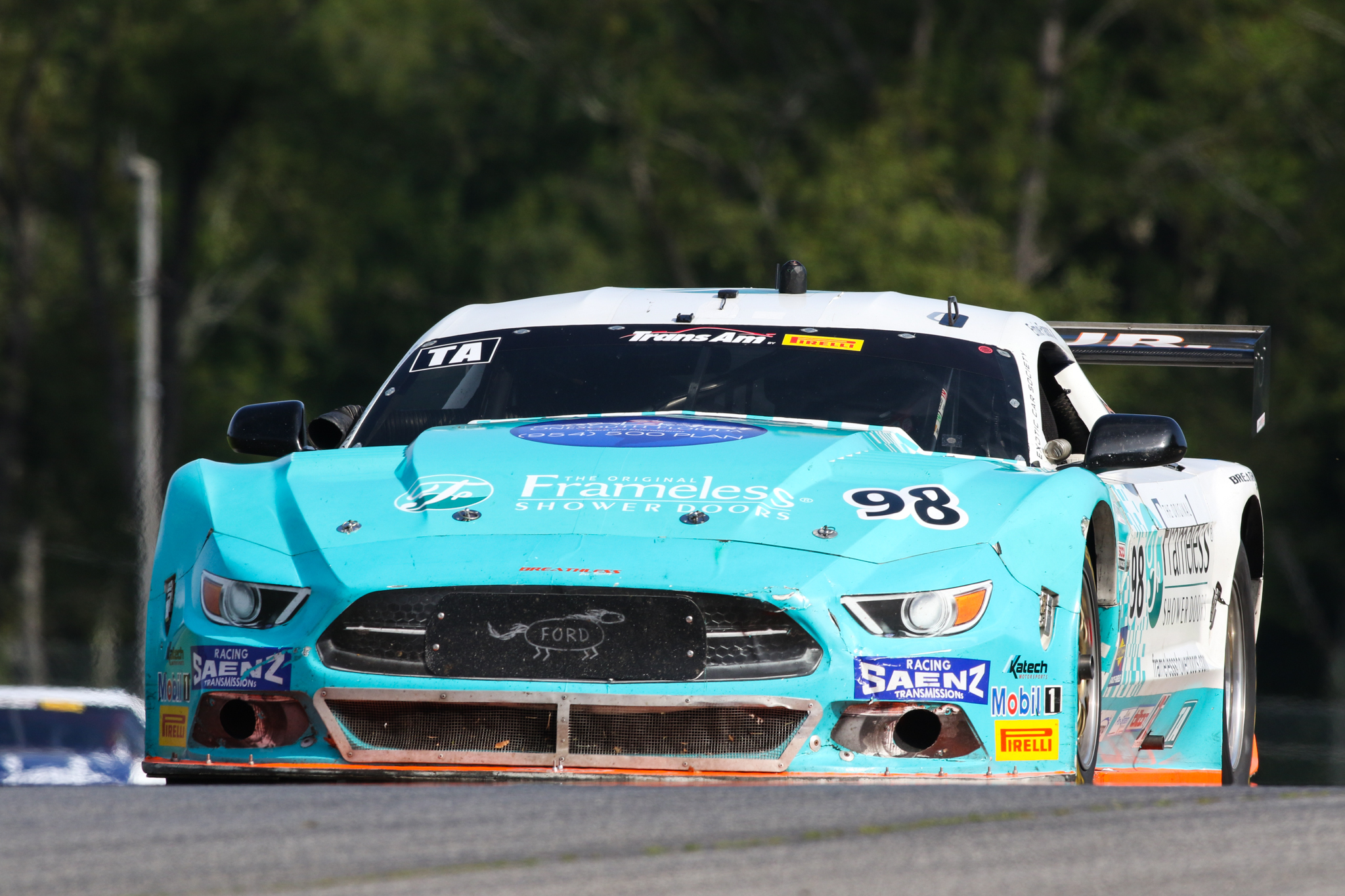 “We are trying to go to VIR with consistency, earning solid points on our way to a great finish,” said Francis Jr. “We’ve had bad luck in the past at VIR, but we’ve been running strong. I love the elevation changes at VIR especially the uphill esses where the TA cars go flat out. We are looking forward to another fun weekend of racing there with Trans Am.”

Dyson’s mid-season performance was the best of his TA career in the CD Racing-prepared entry, taking two back-to-back victories followed by a strong podium finish at Mid-Ohio. Mechanical bugs kept him off the podium at Road America, with Francis emerging with rapid race pace to claim the victory at Watkins Glen.

Third place in points, Ruman suffered mechanical issues in the last round at Watkins Glen that sent her to the pits early. Her Ruman Racing team used the one-week break to make changes to the car and look for a resurgence to the top of the podium at VIR.

“Regrettably, we lost crucial points at this critical time in the season with only three remaining races,” said Ruman. “We had some mechanical issues that I didn’t think would clear up, so I decided to park it early to save what I could. The team has been working diligently over the past few days to get us ready for VIR.”

Despite missing three rounds in the middle of the season with a calf injury, Drissi finished the race at the Glen snapping at the rear of Championship challenger Dyson. The Burtin Racing pilot will again expect to be up with the pace at VIR.

”I can’t wait to get back in the car,” stated Drissi. “I thought we had a really good race going at Watkins Glen and it was great to be back on the podium. Looking forward to being at VIR this weekend - there are a lot of fans that show up for this event. This is a roller coaster of a ride at this track for drivers. High speed, high risk - very challenging track, very fast. The ascending esses are nuts, very crazy. I will really be putting the pressure on hard and hoping for good results in the Lucas Oil Slick Mist Camaro. I know Burtin Racing will have a great car for me!” 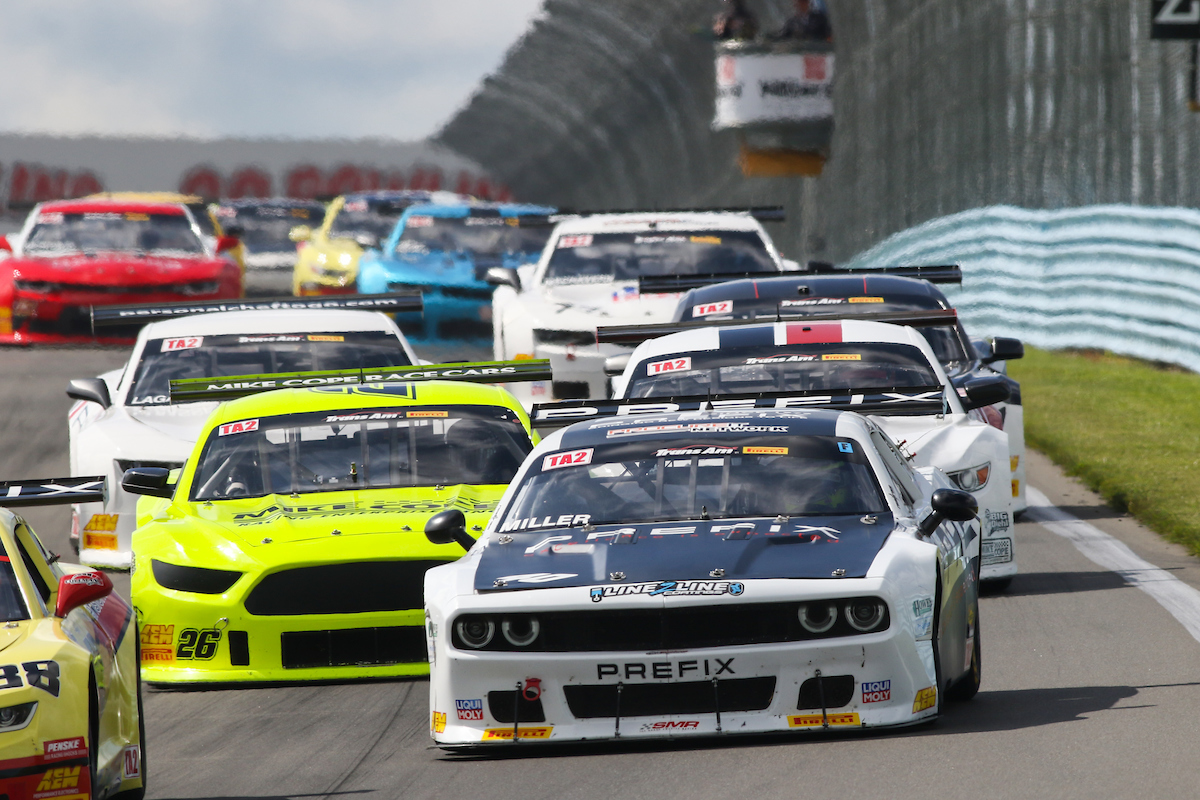 The VIR round is also expected to bring the action when it comes to the ultra-competitive TA2 powered by AEM Electronics race.

Marc Miller (No. 40 Prefix Stevens-Miller Racing Dodge Challenger) arrives at VIR 41 points ahead of defending TA2 champion Rafa Matos (No. 88 3Dimensional Services Group Chevrolet Camaro). The Stevens-Miller Racing driver’s chase for the top step ended early at Watkins Glen after racing contact from another driver sent his Challenger into the wall. Miller recovered from the incident with a point-earning finish, but not enough to keep the Watkins Glen victor, Matos, from closing the gap in standings.

“We had great pace at Watkins Glen and hope to keep improving our car and finish strong in the final three races,” Miller said. “Little known fact is that I grew up and starting karting about an hour away from VIR, all before the track was rebuilt many years ago. I wanted to race lay down enduro karts when I was young initially, and had heard great stories of the old VIR circuit but it had been buried in decay for years. I am thankful that the track had been brought back to a shining example of road racing in the U.S. and fast forward to only a few years ago when I scored an exciting IMSA Pilot Challenge GS class victory here. We hope to be able to put our Prefix Dodge Challenger back on the top step here as well.” 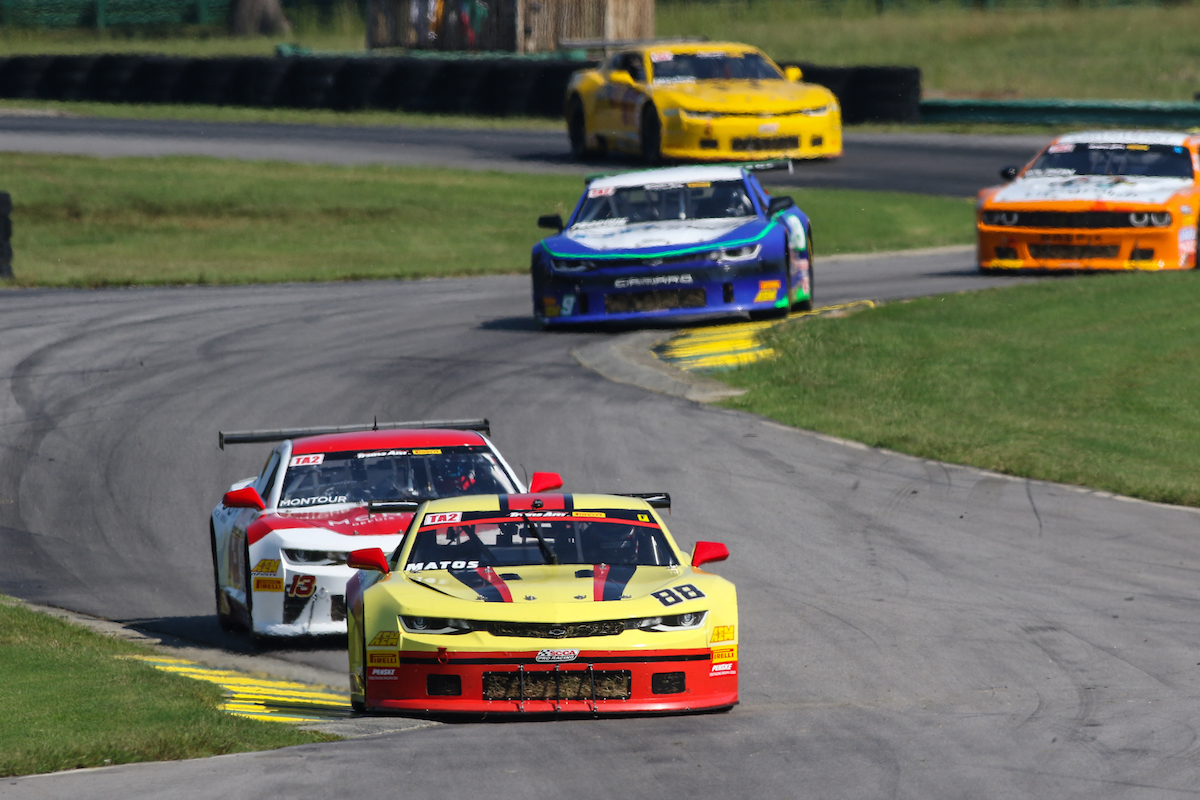 Matos’ season started out strong with two back-to-back victories at Sebring International Raceway and Road Atlanta, but some bad luck kept him far from a podium finish at Lime Rock, Detroit and Indianapolis Motor Speedway. His fortunes turned around at Mid-Ohio with a pole start and third-place finished followed by two more consecutive victories. The end of season run now has him on the hunt to defend his title.

Scott Lagasse Jr. (No. 92 SLR/Fields Racing/M1Racecars Chevrolet Camaro) is another driver in lockstep with Miller. Last season, Lagasse captured his first TA2 class victory of his career at VIR and is fresh off a podium finish at Watkins Glen coming into VIR.

"Our expectation for this weekend is to go for a win," said Lagasse Jr.  "The competition is tougher this year than ever. I missed a little from the drivers seat at Glen and we reviewed that over the week, so I am hoping to deliver at VIR. VIR is slick, technical and then there's some areas where you have to be a little bit risky. It's a high speed, high risk track, a good little mix across the board. It is also the home track for M1 chassis, which was pretty neat to get them a win at their home track last year. We are also looking for a good results from our rookie Jacob Mosler. He's ridiculously fast and we are excited across the board. I think it will be a good weekend for the whole team." 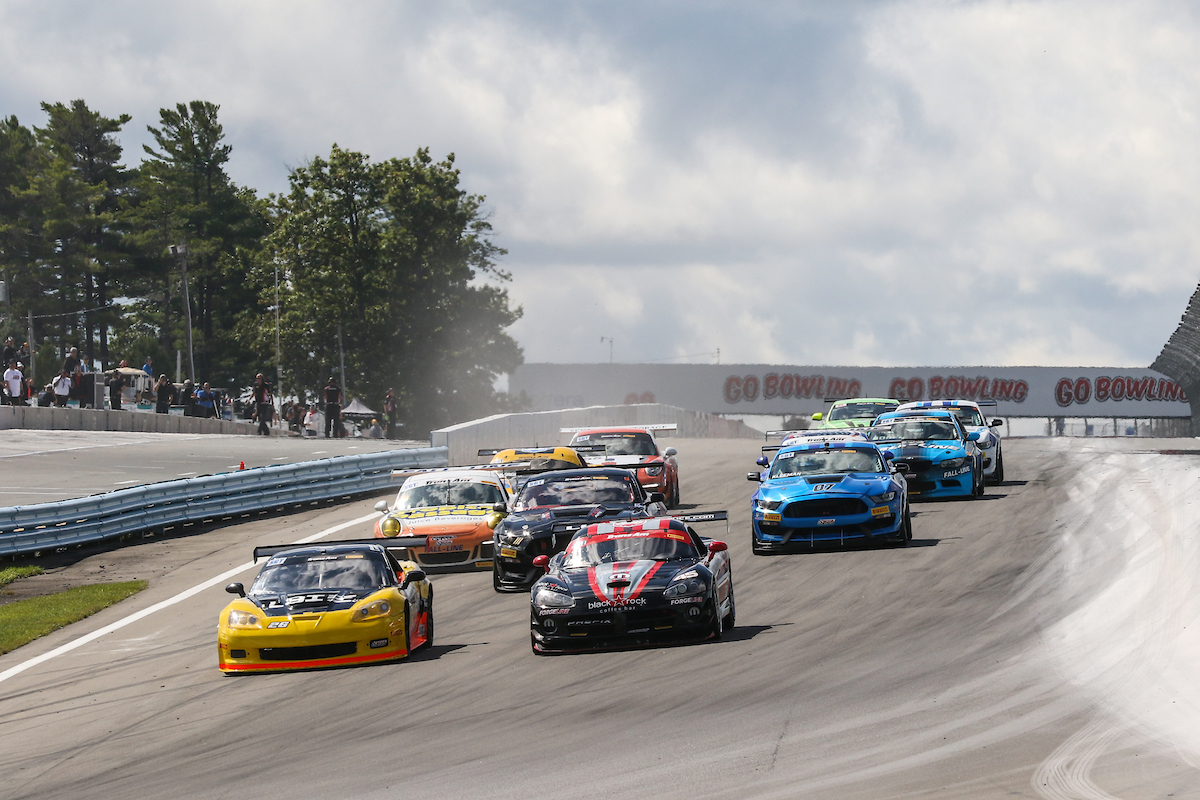 In SGT, 2017 champion Mark Boden (No. 46 Beverage Flavors International Porsche 991 GT3 Cup) continues his pursuit of another championship with a 58-point lead heading into VIR, where he went nearly uncontested for a flag-to-flag victory in 2018. However, with the growing class size and fierce competition including his teammate Tim Kezman (No. 44 Lemons of Love Porsche 991 GT3 Cup) and the returning entry of veteran driver Ken Thwaits (No. 5 WilwoodBrakes/FranklinRdApparel Audi R8 LMS), Boden’s climb to the championship won’t be as straightforward as he may have hoped.

Steven Davison’s (No. 22 Davinci Plastic Surgery Aston Martin Vantage) season in the GT class has been about consistency with three first-place finishes and a second-place result.

The official VIR weekend kicks off on Friday with a pair of back-to-back practices for TA, SGT, GT and TA2 classes followed by qualifying in the evening. Saturday starts with the 100-mile (70 minutes, 31 laps) TA2 powered by AEM race at 10:40 a.m. Eastern and concludes with the TA/SGT/GT 100-mile (70 minutes, 31 laps) feature at 5:15 p.m. Eastern.