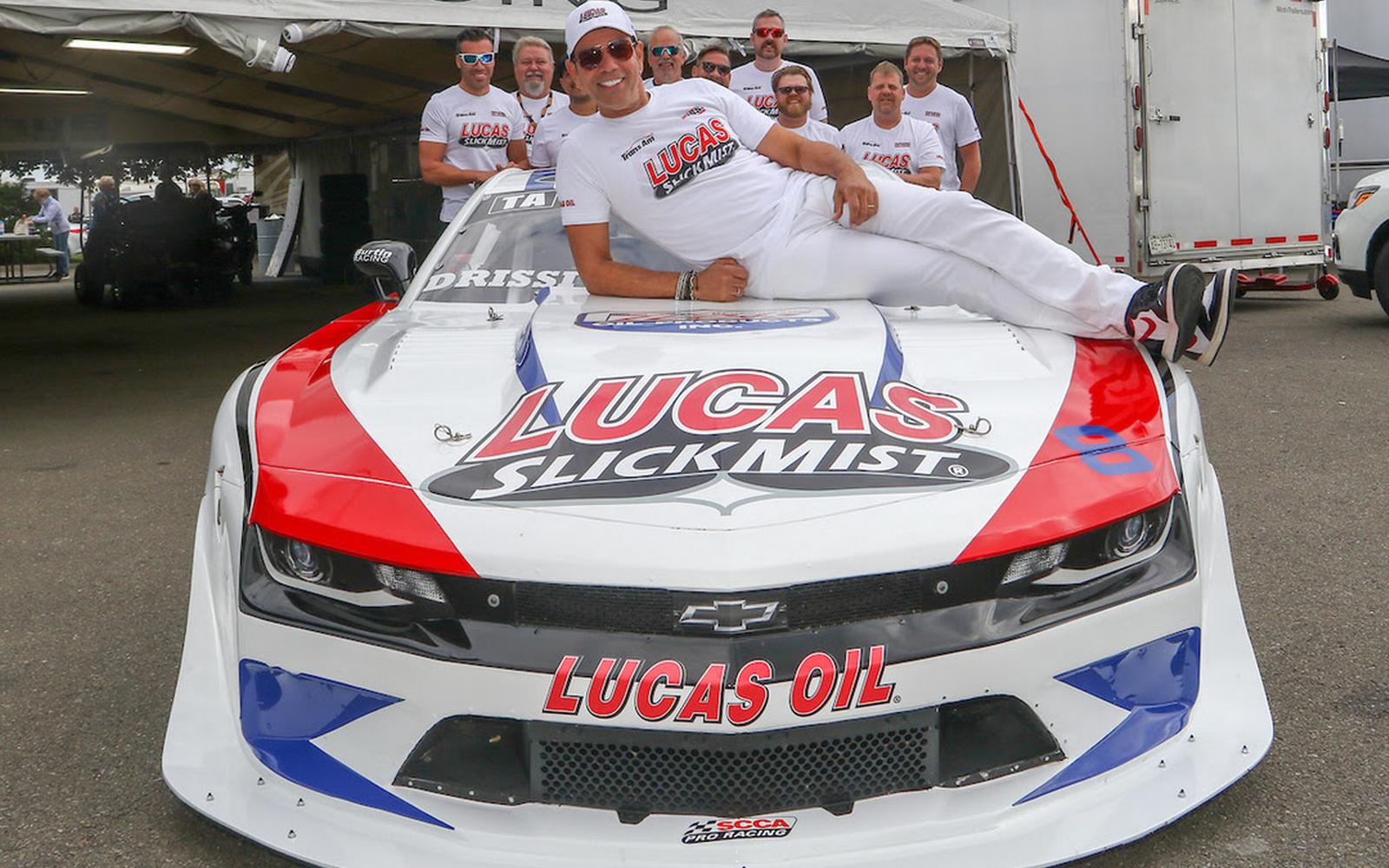 The 2009 Trans Am Series Champion and 2018 West Coast Trans Am Champion Tomy Drissi has teamed up with Lucas Oil and their hit product, Slick Mist, in the second half of the 2019 Trans Am Championships presented by Pirelli to create one of the most stunning cars appearing on track, and the No. 8 Lucas Oil Chevrolet Camaro will be on display at the AAPEX Show November 5-7 at the Sands Expo, Las Vegas, coinciding with the world-famous SEMA Show.

"It's my first time to the AAPEX/SEMA Show and I couldn't be happier about joining up with Lucas Oil and having our Slick Mist Burtin Racing Camaro at the display," stated Tomy Drissi. "The Lucas Oil family has been so good to us and we are proud to promote Slick Mist to our beloved fans in Las Vegas this week."

The driver dubbed ‘The Rockin' Moroccan’ by press and fans alike, Drissi has made the podium in five of the seven races in which he has competed this year - an outstanding record given that his season has been interrupted by injury.

A creative Hollywood movie advertiser, when not behind the wheel of an 850BHP muscle car, Drissi will be looking to make the podium again when the Trans Am Championship reaches its climax at Daytona International Speedway later this month, November 16.

For now, motorsport fans get the chance to meet with Tomy Drissi in Las Vegas at the AAPEX Show - adjacent to the world-famous SEMA show. A gregarious and very popular personality in the paddock, Tomy will be there in person alongside the fabulously presented No. 8 Lucas Oil Slick Mist Chevrolet Camaro with hero cards at 12pm on Tuesday, November 5, all day on Wednesday and from 9am - 11am on Thursday, November 7.

Lucas Oil has been making waves in the North American motorsport scene for some time and Tomy Drissi is proud to wave the Slick Mist colors in Trans Am. Be sure to take in this terrific opportunity on your trip to Las Vegas this week.

The Lucas Oil Products display at AAPEX is located at Booth 5079 inside the Sands Expo Center.

For more information on Tomy Drissi, please visit tomydrissi.com and for product details on Lucas Oil head over to lucasoil.com.