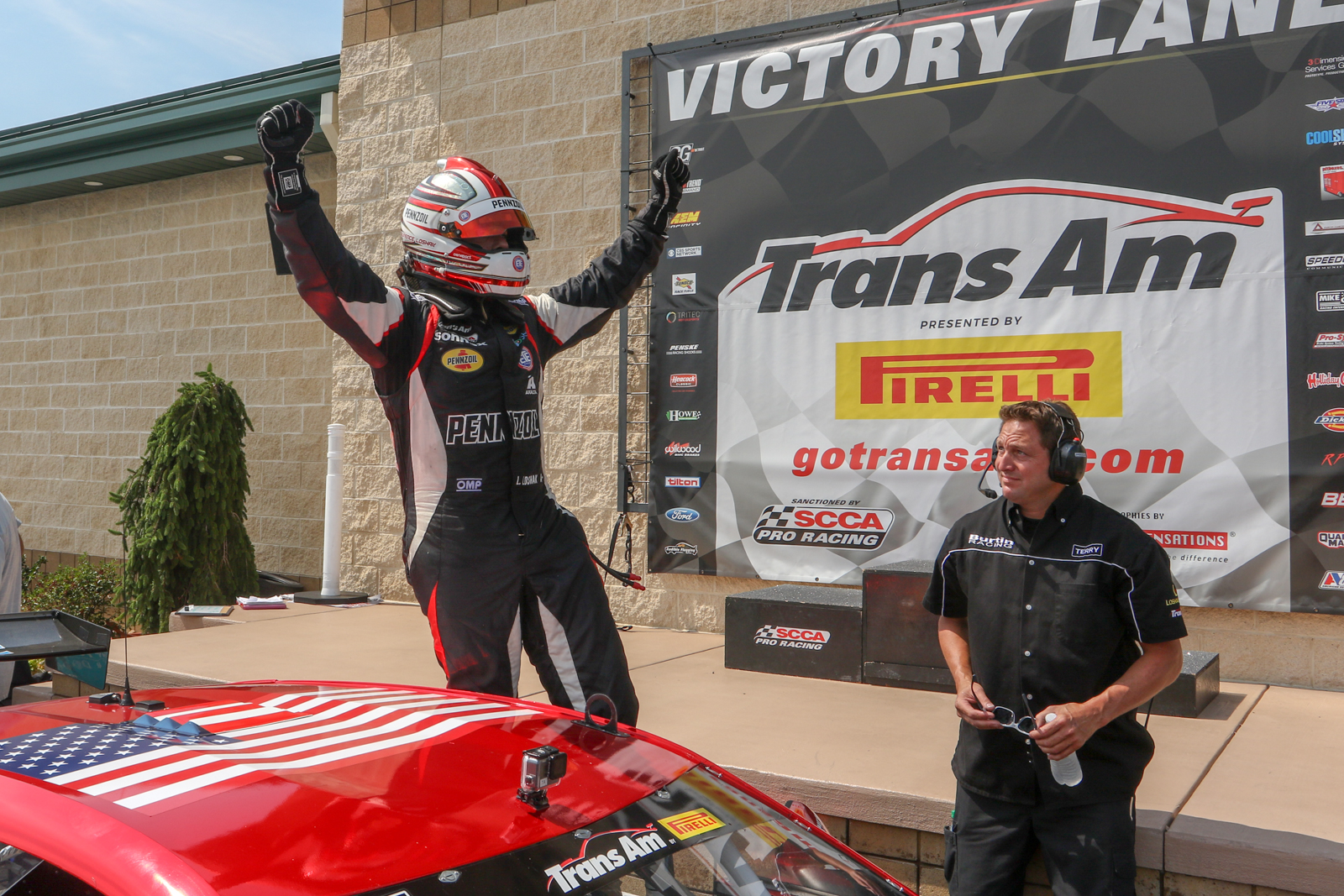 WAMPUM, Pa. [August 5, 2018] – Lawrence Loshak secured the first TA class victory of his career today in Trans Am Series presented by Pirelli competition at Pittsburgh International Race Complex, Round 6 of the 2018 season.  The win came in dominant fashion for Loshak and the No. 2 Pennzoil/ ETE REMAN/ GoShare Chevrolet Camaro, with the Burtin Racing machine starting on pole and leading every lap of the contest.

After a one-off appearance at Circuit of The Americas at the close of the 2017 season, Loshak made the leap to TA class competition for 2018, departing TA2 class competition after 33 career starts, five podiums and a 2016 victory at Mid-Ohio.

Now with his first TA class victory in his fifth appearance secured, Loshak was ecstatic with the team’s performance following heartbreaking mechanicals at Road Atlanta and Indianapolis Motor Speedway while in contention and to finally add his name to the long list of Trans Am race winners.

“It’s incredible,” said Lawrence Loshak.  “I remember just like it was yesterday watching Tommy Kendall going into Turn 5 at Road America.  I watched all those guys, Boris, Pruett, the names just go on and on, and of course there are so many greats; but I’m just excited to get my first win here.  To be a part of that piece of history is incredible; my goal is to win a championship and be up there with those guys.”

“The car has been so fast every weekend.  We’ve just been having some bad luck with mechanical issues, freak failures.  The team has been working around the clock, there’s no way to explain it, we just put our heads down and kept working hard.  Finally, P1, it all come together.”

“The car has been phenomenal here,” said Loshak.  “I’ve been doing everything I can to be prepared for this race.  Pittsburgh International Race Complex has put on a great show; I love the track and the technical aspect of it.  Burtin Racing has put together a great car that’s incredible on tires and that’s what wins races, and this win speaks volumes for this team.” 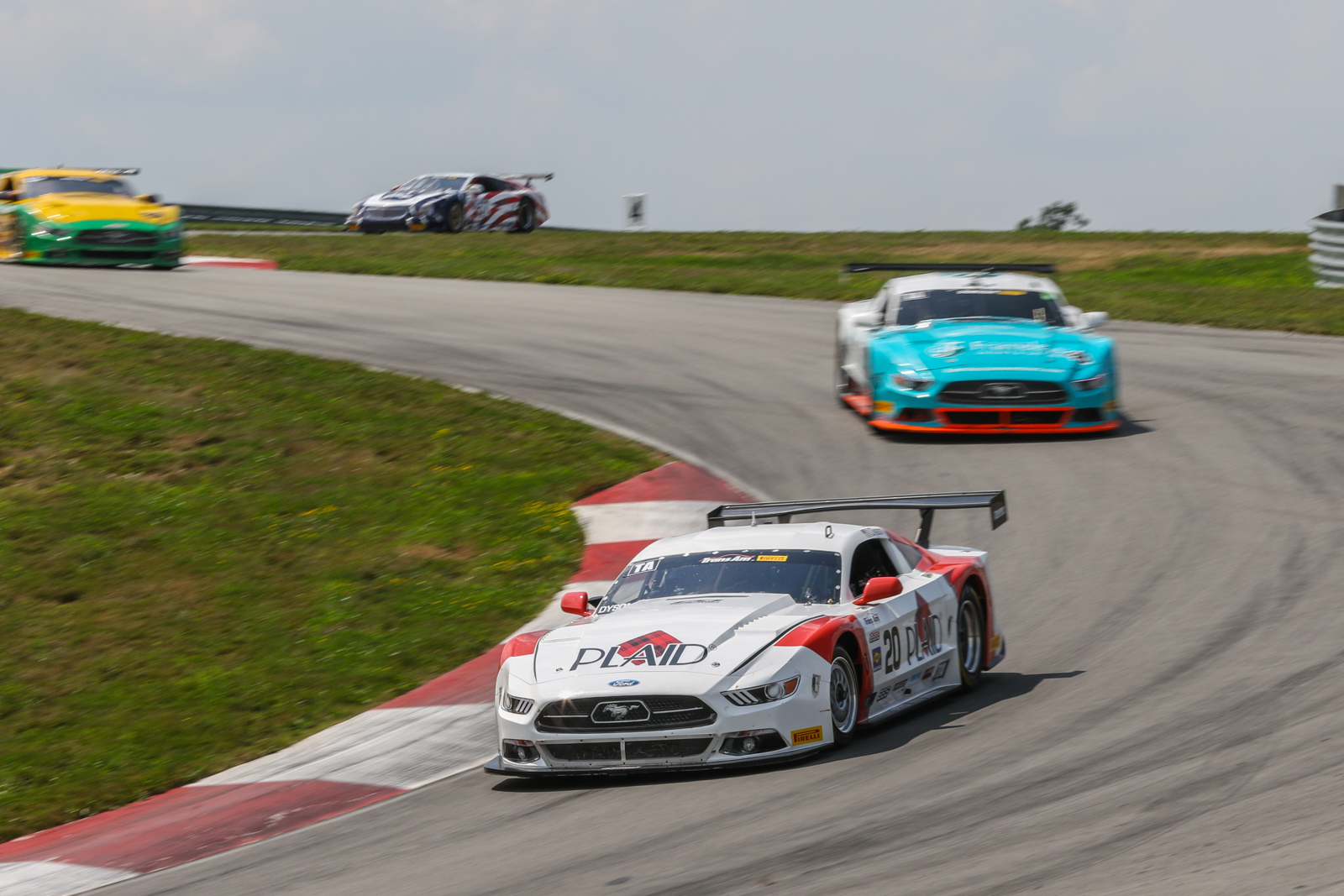 After a pursuit that spanned near the entirety of the race, Ernie Francis, Jr., in the No. 98 Frameless Shower Doors Ford Mustang, would capture second finishing position on the final lap of the race.  With the No. 20 @PlaidCrafts Ford Mustang of Chris Dyson held up by lapped traffic, Francis would take advantage setting up the pass for position.   Dyson, who had held second position since the only restart of the race, the commencement of lap 21 of the 36-lap contest, would finish third for his third podium of the year.

Amy Ruman, in the No. 23 McNichols Company Chevrolet Corvette, would also make a last-lap pass for position, overtaking David Pintaric, in the No. 57 Kryderacing Cadillac CTS-V, for fourth place, earning the COOLSHIRT Systems Cool Move of the Race.  Pintaric would finish in fifth position.

Paul Fix, who spent most of the first half of the competition in second position chasing the No. 2 of Loshak, saw his No. 4 StopFlex/ The Car Coach/ Ave Racing Ford Mustang suffer a power steering failure on the restart.  Fix would manage to muscle the No. 4 home through the final 16 laps to finish sixth.

The race, Trans Am’s first appearance at Pitt Race, ran for a total of 36 laps, 100.8 miles, and underwent a single full-course caution, spanning laps 15 through 20.

Earlier in the day Trans Am’s TA3 and TA4 classes held a 36-lap, 100-mile competition of their own with Cindi Lux and Warren Dexter victorious in their respective classes.

Trans Am was joined at Pittsburgh International Race Complex for the Keystone Speedfest weekend by F3 Americas, the F4 US Championship, the Atlantic Championship Series, F2000 and F1600.

Trans Am’s TA2 class was absent on the weekend, set to rejoin the championship next round at Mid-Ohio Sports Car Course, August 9-11.