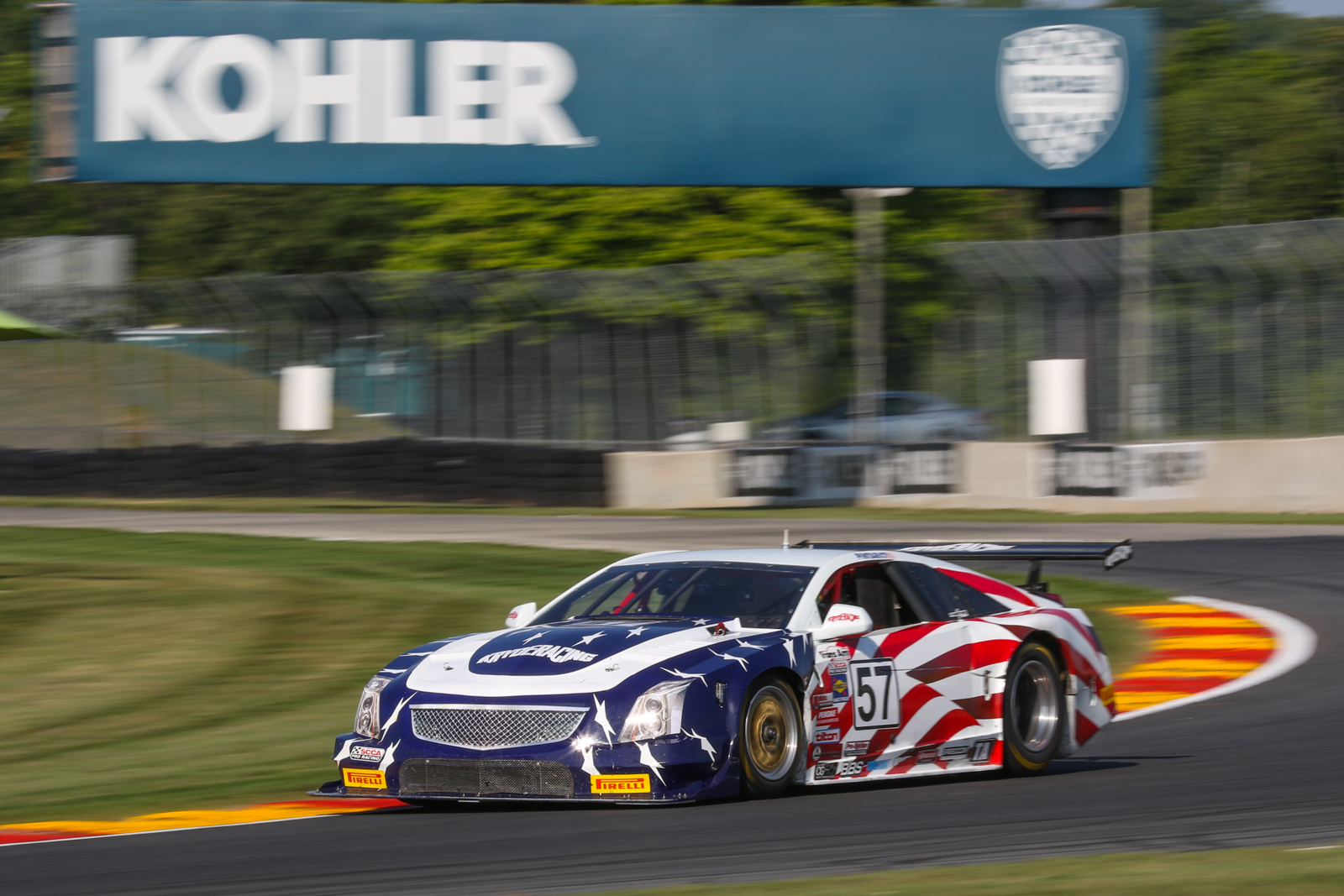 Trans Am’s TA2 class would officially open the weekend, tackling the 4.048-mile, 14-turn circuit in preparation for the Ryan Companies Muscle Car Challenge and leading the way was the No. 34 Mike Cope Racing Ford Mustang of Tony Buffomante.

Buffomante, currently second in the TA2 championship points, would pace the field with a 2:13.272 lap, well under the class’ qualifying record lap of 2:13.627, while topping the class by a full second.   A resident of Naperville, Ill., Buffomante is no stranger to the scenic hills of Road America and has the silverware to back it up: a second place finish in 2017 and a victory in 2016, captured en route to his TA2 championship.

Second quick was the No. 95 SLR/ Fields Racing/ M1 Fastrack Chevrolet Camaro of Scott Lagasse, Jr., turning a 2:14.284 of his own.  Lagasse has experienced a TA2 renaissance over the past two events with a career best second place finish at Indianapolis Motor Speedway and a third at Mid-Ohio.

Points leader and defending TA2 Road America pole sitter Rafa Matos, in the No. 88 3-Dimensional Services Chevrolet Camaro, was third quick in the session; while Trans Am debutant Tyler Reddick, in the No. 14 Mike Cope Racing Ford Mustang, and John Atwell, in the No. 02 A&J Lap Portal Chevrolet Camaro, completed the TA2 top five with times of 2:15.013 and 2:15.412, respectively.

However, the multi-class field would only complete six laps in the session before the circuit would go under a red flag. The No. 66 Stumpf Ford/ McMahon Group/ Lamers Ford Mustang of Denny Lamers would suffer a blown engine; and while the No. 66 would pull aside, oil was reported on course and multiple cars would spin in the aftermath.

Points leader Ernie Francis, Jr., was one victim of the oiled surface, with the No. 98 Frameless Shower Doors Ford Mustang impacting the safety wall following a spin.  The Breathless Pro Racing team will take stock of the car’s condition and potential repairs; however, the incident could leave the defending race winner sidelined come Saturday’s race, with championship implications.  Due to damage to the wall the session was not resumed.

Prior to the incident, Francis would turn a 2:08.618 lap of his own, second quickest in the session.   2002 Road America winner Boris Said, in the No. 21 Monster Energy Dodge Challenger, was third quick in the TA class with a time of 2:08.912; while Dave Ruehlow, in the No. 31 Ruehlow Racing Chevrolet Corvette, and Tomy Drissi, in the No. 8 The Predator Chevrolet Camaro, completed the TA class top five with times of 2:08.924 and 2:09.789, respectively.

Last year’s TA3 victor Jason Daskalos, in the No. 27 Daskalos Racing Dodge Viper, would make the most of the shortened session in Trans Am’s production contingent, turning a 2:19.426 for his fast lap.   Brady Refenning, making his Trans Am debut in the No. 04 LSI/Sam Pierce Chevy/ Fast Chevrolet Corvette, was second quick in TA3 with a time of 2:19.850; while Pittsburgh winner Cindi Lux. In the No. 45 Lux Performance Group Dodge Viper, was third quick with a time of 2:20.017.

Lux’s Lux Performance teammate, Dirk Leuenberger, in the No. 35 Lux Performance Dodge Viper, and points leader Alline Cipriani, in the No. 60 Ginetta Cars Ginetta G55, would complete the TA3 top five with times of 2:20.639 and 2:21.367, respectively.

Both the Ryan Companies Road America Classic and Muscle Car Challenge will be live streamed on Motor Trend On Demand, while the weekend will be showcased on CBS Sports network on a one-hour highlights show on tape-delay.

Trans Am is joined on the weekend by NASCAR Xfinity holding the Johnsonville 180 and the Speed Energy Stadium Super Tracks. 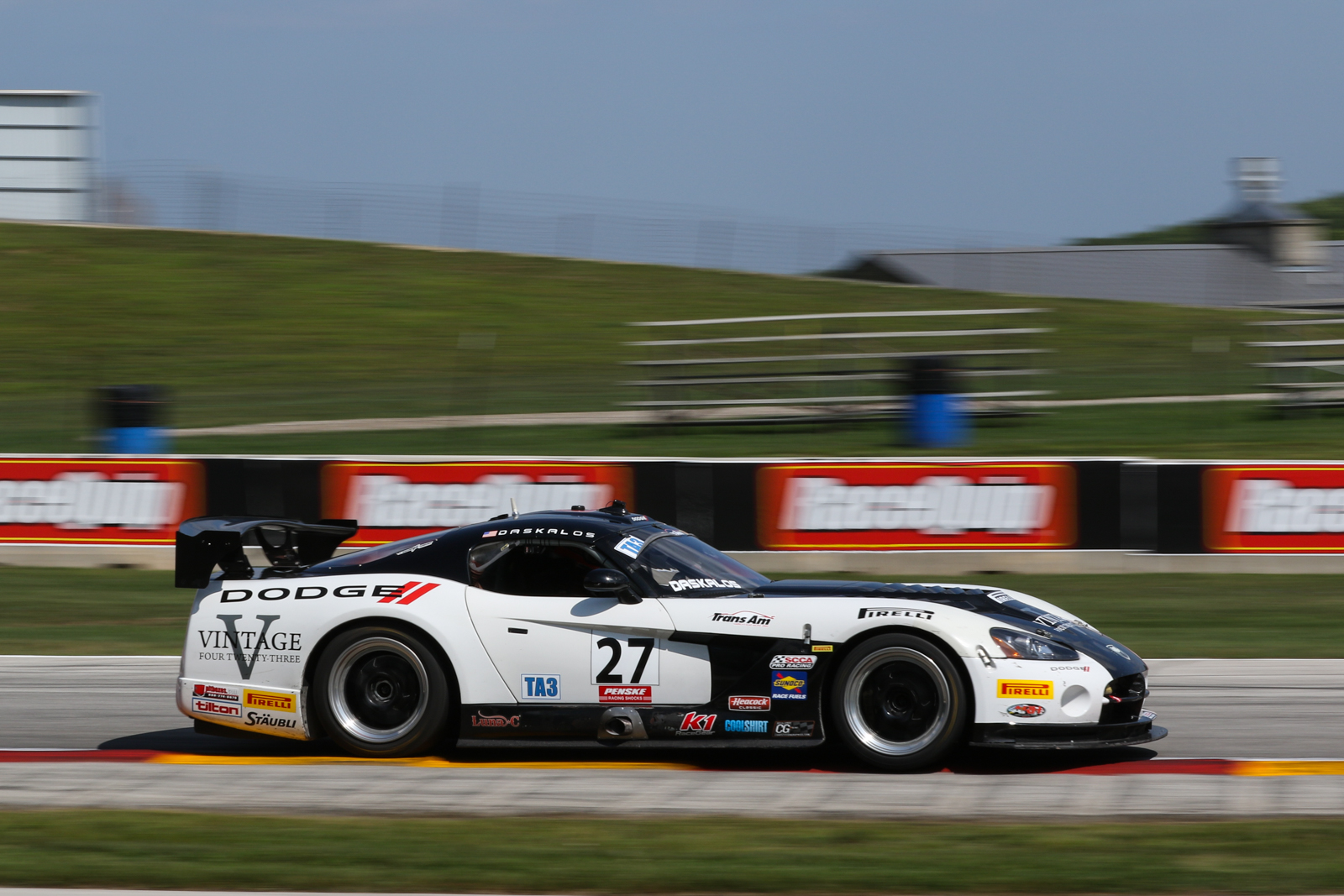