ALTON, Vir. (21 September 2019)- After being edged out by two one thousandths of a second in the Trans Am Series presented by Pirelli qualifying on Friday, Boris Said strapped into his newly-built No. 2 Technique/SRI Performance Dodge Challenger with a vengeance on Saturday.

Said stormed to a dominating win in the all green 100-mile Trans Am class feature at Virginia International Raceway (VIR), taking the checkered more than 10 seconds ahead of championship leader Ernie Francis Jr. (No. 98 Frameless Shower Doors Ford Mustang).

“I was just driving as hard as I could,” commented Said. “Pancho Weaver built such a great car. It’s the best car out there. It’s a new Trans Am car and if the competition isn’t driving one of these, they aren’t winning.”

Said returned to the Trans Am class lineup at Mid-Ohio Sports Car Course and again at Watkins Glen International Raceway, but mechanical bugs in the new design forced Said to the pits early in both races. But the third time was the charm as Said was unbeatable on the technical VIR road course. 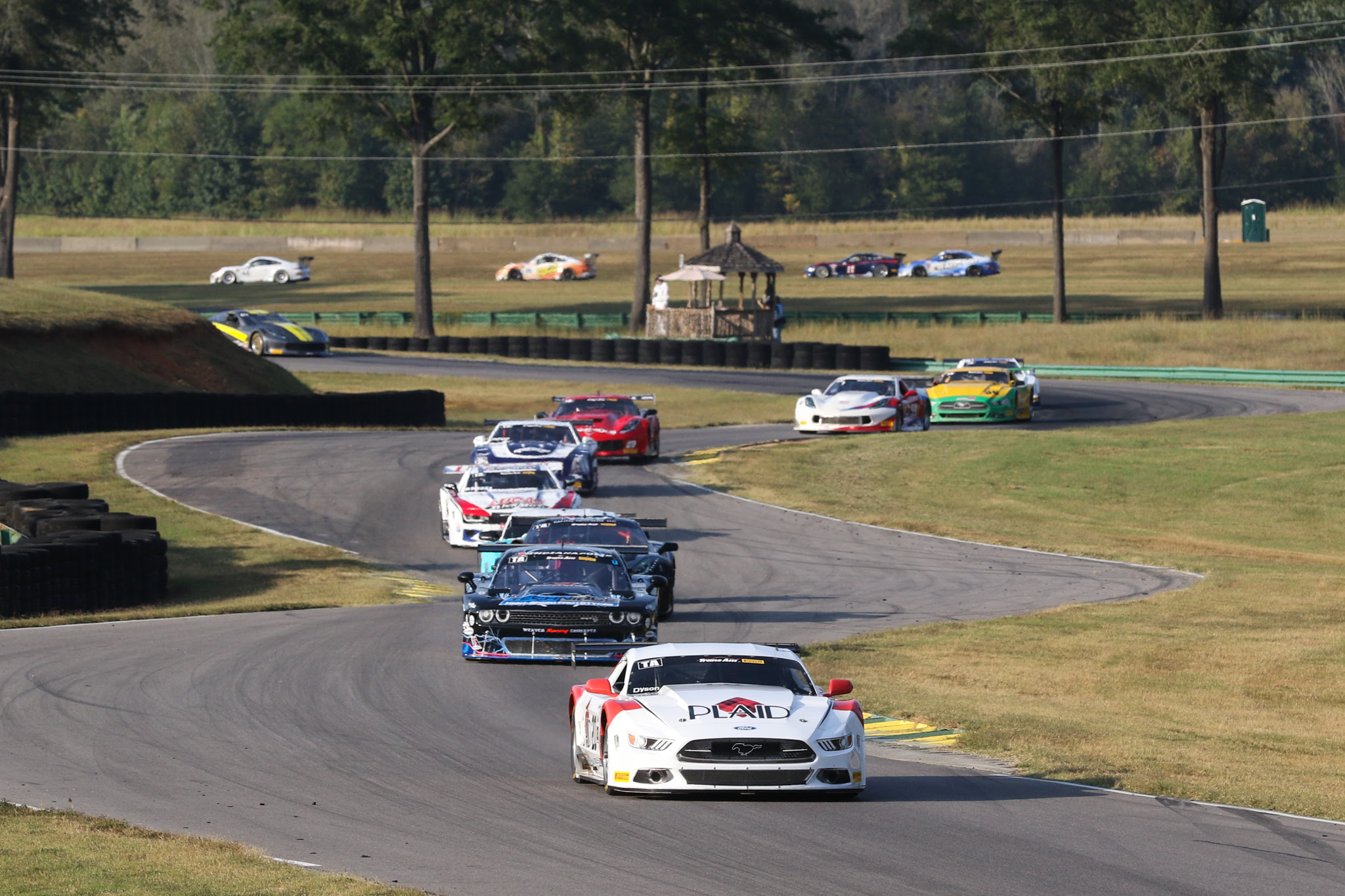 “VIR is one of the nicest tracks in the country,” Said continued. “These cars are so much fun with so much power, no ABS, no traction control at 185 miles per hour, this place is a blast. I was going easy in the beginning, and I wish that Chris (Dyson) stayed in because the battle would have been epic.”

Contending for a championship, Chris Dyson (No. 20 Plaid Ford Mustang) started on pole. Dyson was fast off the start, but began facing mechanical issues by Lap 3 and reluctantly pulled into the pits. His CD Racing crew identified an electrical issue and sent the Plaid machine back on track.  Dyson returned to clock the fastest lap of the race, earning additional points on his way to seventh.

“It’s unfortunate, we had the fastest car on the track by far today,” Dyson said. “The car was just brilliant today, so this was just a huge opportunity missed for us. After coming here making pole and setting fast lap, it was quite disappointing because we were trying to put ourselves back into championship contention. In the next couple rounds, we are going to have to go for broke and hope for the best.”

Coming off back-to-back wins, Francis Jr. battled with Tony Ave (No. 04 Ave Motorsports Chevrolet Corvette) early in the race until Ave broke down in the Esses. 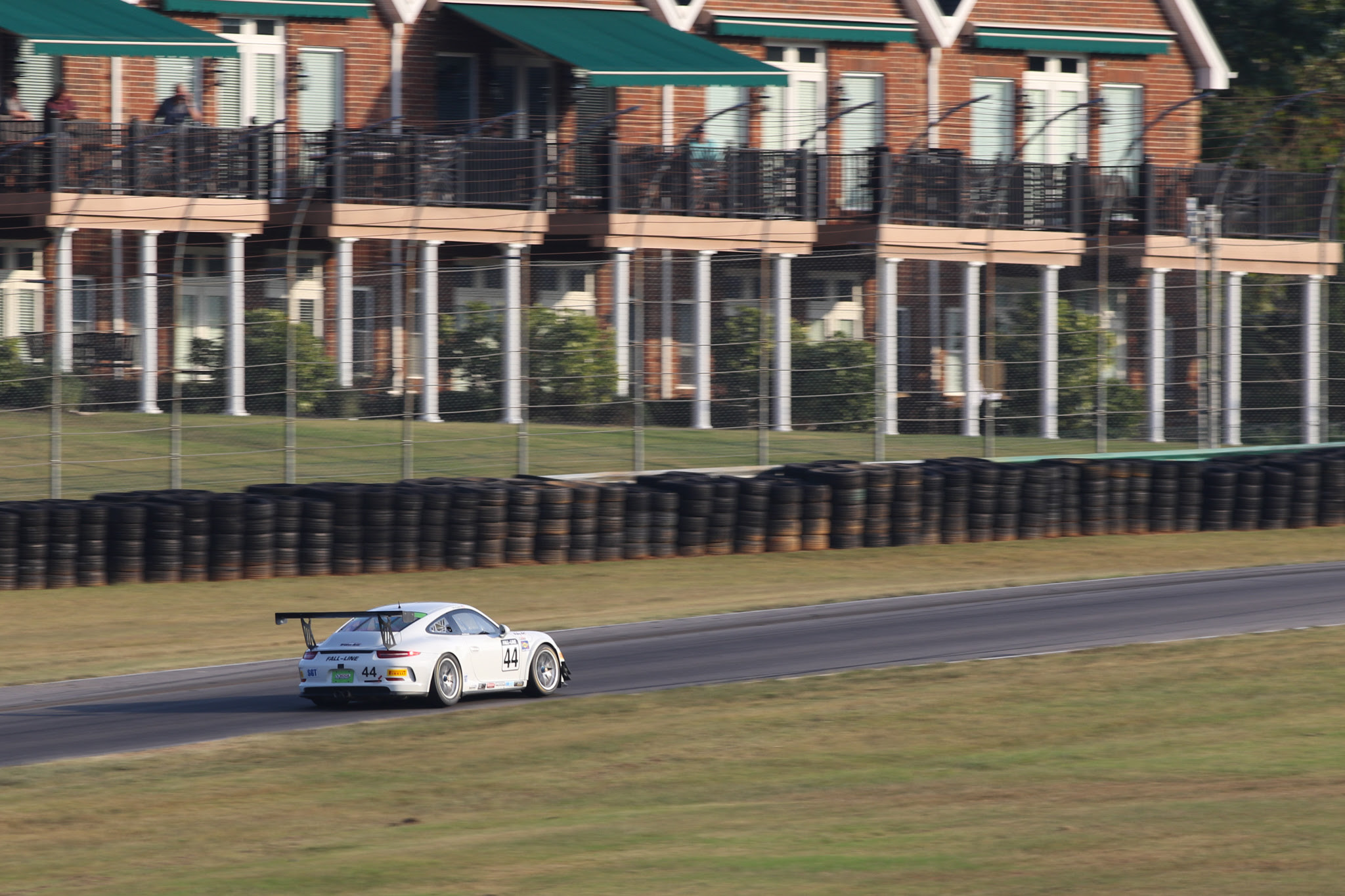 The race went pretty well, and no matter what, we got great points for the championship,” Francis Jr. said. “I was trying to catch Boris (Said) but we really needed a caution to make the race interesting. We are really trying to finish off this championship in the last two rounds. It should be a great battle and great racing to come.”

“I had a great time today,” said R. Grant. “I’ve been doing this for 46 years now. This is one of my favorite tracks, and I really like running the TA car here.”

John Baucom was honored on the podium after starting 100 TA races in the same TA No. 86 Baucom Motorsports /RoadRaceParts.com Ford Mustang on his home track.

“I certainly want to thank my family and my wife for putting up with this for 100 races,” said Baucom. “Also the support from all my crew, especially, Alan, my crew chief and mechanic, who has been with me for 98 of the 100 starts. We have a dedicated crew.”

After experiencing a total loss at WGI just two weekends ago, Kezman drove flag-to-flag in his new Porsche 991 GT3 Cup to beat SGT championship leader Boden for the third time this season. 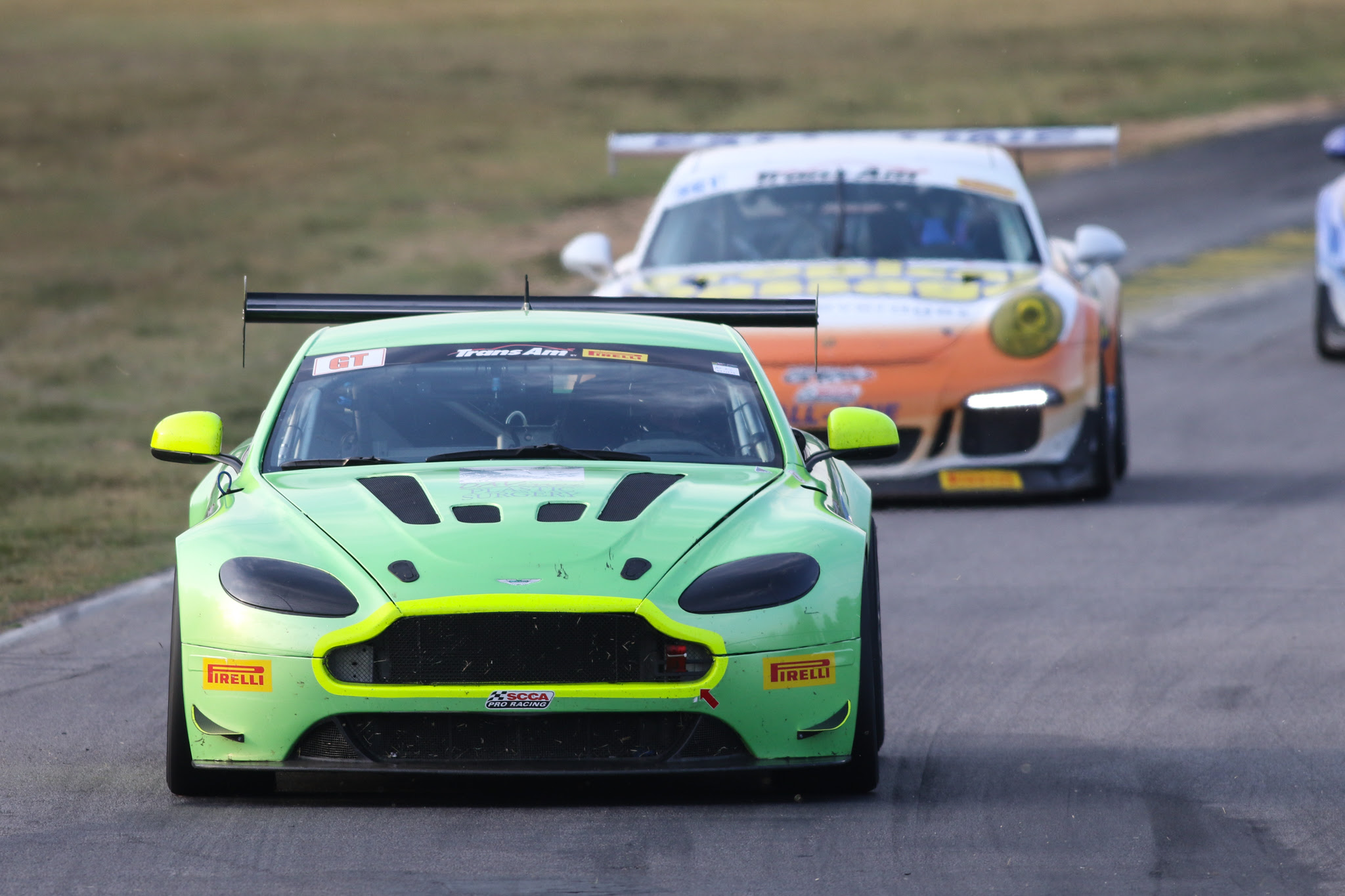 “It’s a great group of guys and a great team,” said Kezman. “After the debacle we had at Watkins Glen, the Fall-Line guys found me a new car and in three days turned it around. This is a testament to these guys and their hard work.”

“It was a great track and great weather,” said M. Grant. “I want to thank Jesus Christ for giving me my health to still be around to compete and for Trans Am for providing me the platform to race.”

“It was quite the dance out there,” Davison said. “I was contesting for the top spots in the SGT class, until I had a mechanical. I was able to keep it on the track to finish phenomenally.”

Following an incident in qualifying, Ken Thwaits’ No. 5 Wilwood Brakes/Franklin Road Apparel Audi R8 was in a pile of pieces.  Working through the night into the early morning, Thwaits made the grid for the SGT race to take fourth-place. The never-give-up attitude earned Thwaits the Cool Shirt Cool Move of the Race award.

“It looked like we had a yard sale in the paddock last night, and everyone thought we weren’t going to make it,” Thwaits laughed. “We flew in parts overnight to Charlotte, went to pick those up and we got everything together at 2 a.m. this morning. The guys hung in there. The car ran great and we got it together to finish fourth. I’ll take it.”