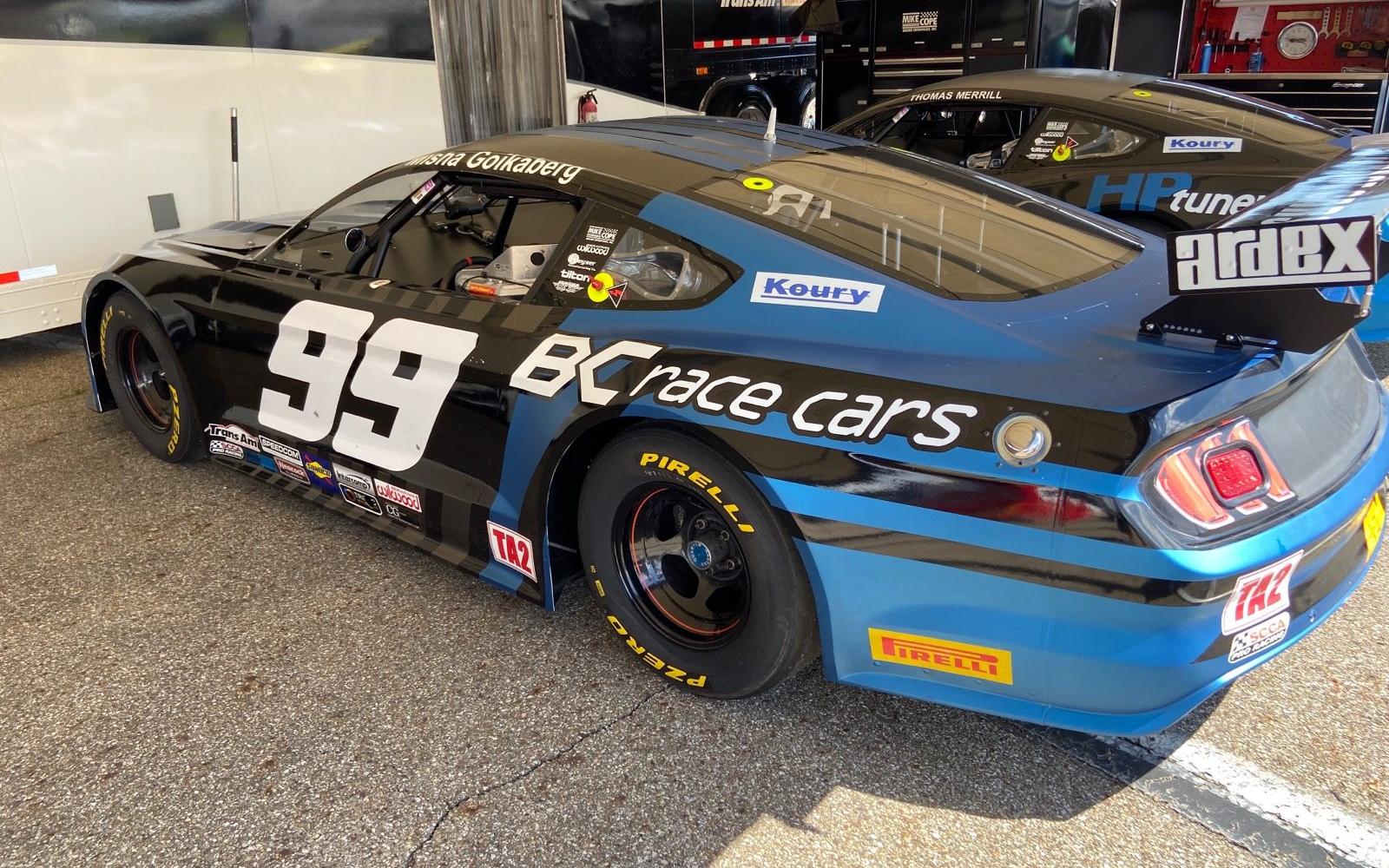 Mike Cope Racing Enterprise of Clearwater Florida and BC RACE CARS of Cavan Ontario are in “it” together at Mid-Ohio for Canadian TA2 driver Misha Goikhberg.

With the Canadian-American border extending its closure until July 21, 2020; making it to The Trans Am by Pirelli event at Mid-Ohio for the June 26-28 weekend for the BC RACE CARS’ Team was almost impossible.  Getting the BC RACE CAR’s #10 TA2 Chev Camaro was maybe a possibility, the crew more difficult, and the mandatory 14 day quarantine returning to Canada was a show stopper!

Race Team owners Blaise Csida and Mike Cope have been competing against each other for years.  Even thru the ups and downs of racing both of these TA2 Trans Am team owners have a great respect for one another.  The friendship just came easy.

So what do you do you do when you need help…..you call a friend.  And what does Mike do for BC RACE CARS and Misha?  He loads the #99 TA2 Mike Cope Ford Mustang on the trailer for Misha and heads to Mid-Ohio for both of us.  Misha’s race car will be competing as the Cope/BC Race Cars Ford Mustang for the weekend.   That is the true meaning of Team Work.

We at BC RACE CARS send our greatest appreciation to the Team of Mike Cope Racing for putting together a competitive car for Misha to stay in the 2020 Trans Am TA2 Championship.

We will be cheering you on from home via the Trans Am by Pirelli Racing app.