Drissi Heads to Daytona with Eyes on Slick Mist Camaro 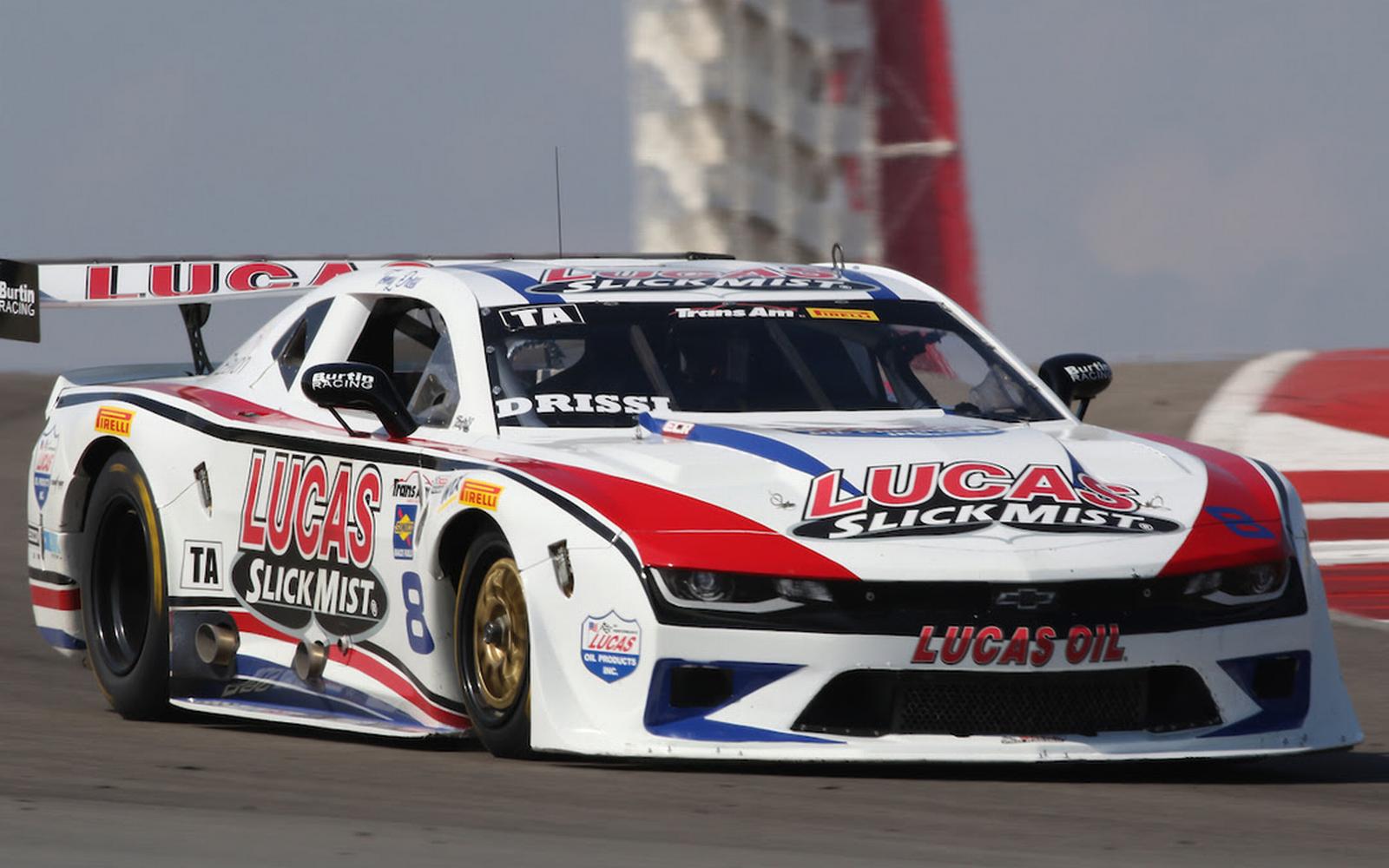 Daytona, FL - November 12, 2019 - Determined not to miss out on a win this season, Tomy Drissi heads to the 2019 Trans Am Championship presented by Pirelli TA season finale at Daytona International Speedway, November 14 - 16, in great shape and aiming for the top of the podium. After his fifth podium appearance of the season at Circuit of The Americas - the 2009 Trans Am Championship winner is bidding for his first win in the series since triumphing at Watkins Glen last year. A central and hugely popular figure on the Trans Am scene, Tomy is eager to make his mark this year down in Daytona.

Looking to add to the tremendous season he has enjoyed to date, the Angeleno dubbed ‘The Rockin' Moroccan’ spoke to us this week ahead of the Florida showdown, "I am truly excited to get down to Daytona," stated Drissi, driver of the No. 8 Burtin Racing Lucas Oil Slick Mist Chevrolet Camaro. "We have seen some great competition this year racing against the Ford and Dodge platforms in TA. The Slick Mist Camaro has been on the podium every race but we are pushing for a win down at Daytona. The finale weekend should be an excellent turnout of fans and vintage cars to join Trans Am. It's always a fun weekend!"

The Burtin Racing prepared Chevrolet Camaro has indeed performed exceptionally well this season, with Tomy qualifying the 850BHP muscle car on the front two rows of the grid in all but one of the seven races he has contested this season.

In addition to his exploits on the track, Tomy and fellow competitors will join the end of season Trans Am Honors Gala at Florida’s Ocean Center, Daytona Beach November 16. Always a glittering occasion, the annual event unites champions from the National, West Coast, Northern and Southern Cup Championships to receive their official Trans Am Series Crystal Sensations awards.

This year the gala evening will feature Motorsports’ Hall of Famer Tommy Kendall as master of ceremonies. All the tables will have custom-designed center pieces courtesy of Tomy and Drissi Advertising, Inc. For the second straight year, Pirelli and Sunoco will contribute to the Honors Ceremony, with the Donohue Spirit Award presented by Sunoco recognising the Trans Am participant that best emulates the Trans Am great, Mark Donohue.

The action at Daytona, known as the 'World Center of Racing' gets underway Wednesday November 13 with three all class test sessions. There are two official practices in the TA Class the following day before the all important qualifying session at 12:30 p.m. on Friday November 15. The finale race is scheduled to go green at 10:15 a.m. on Saturday morning for the 100-mile/40 lap race.

Keep your calendars marked for the CBS Sports coverage on December 15 at 1:00 p.m. ET as part of the 2019 Trans Am presented by Pirelli season review.

Here is a taster of the high octane action: https://youtu.be/f_oNRnbTS5M