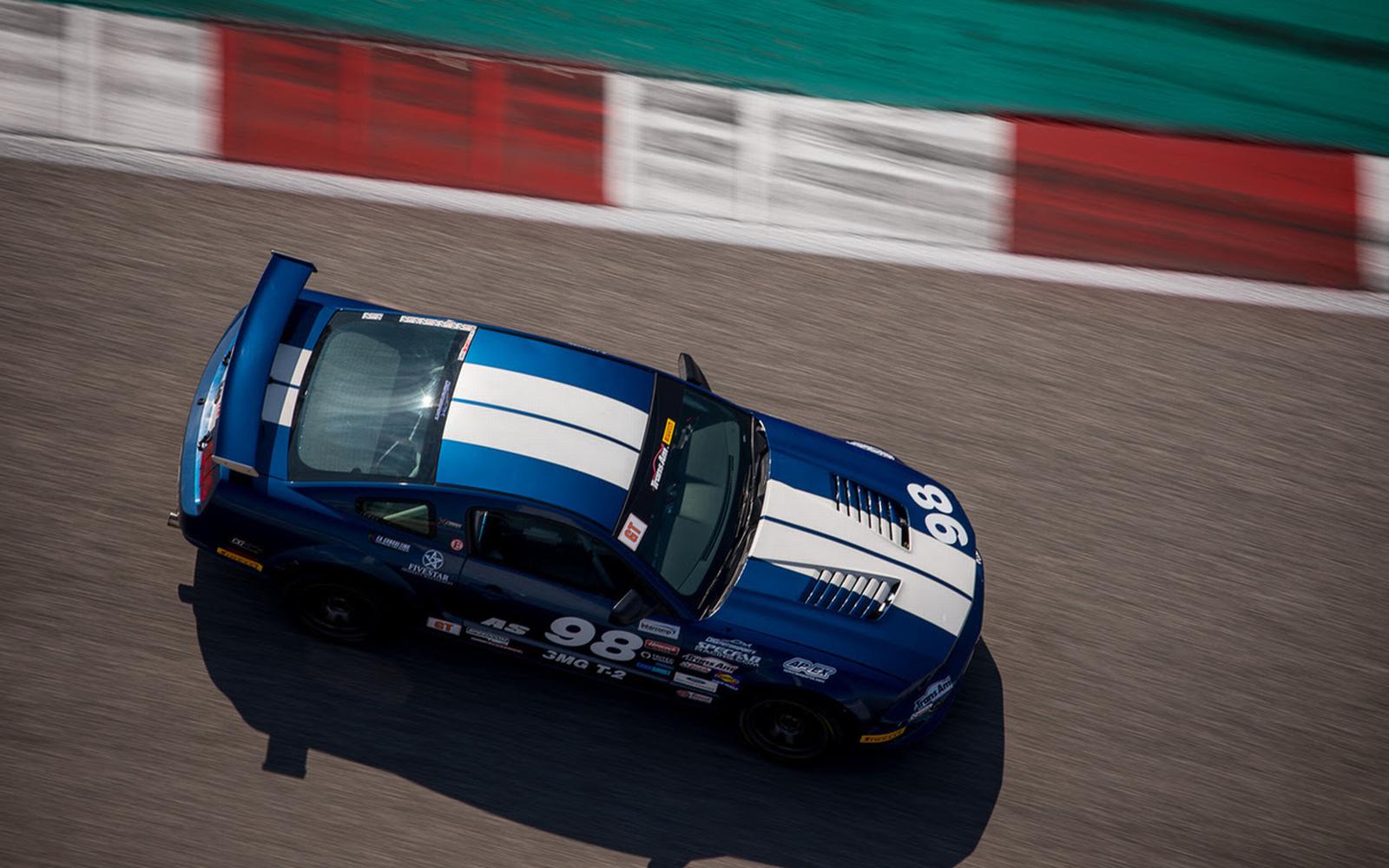 Austin, Texas - October 6, 2019 - Hawaii resident Roger Eagleton claimed the most significant title of his motorsports career to date at Circuit of The Americas Saturday, October 5, when he was crowned Trans Am presented by Pirelli West Coast Champion in the GT Class. Although he may not be a household name yet, the Oahu based real estate entrepreneur is making waves from Texas across the Pacific, and there is undoubtedly more to come from the ambitious and talented wheelman.

The West Coast Championship GT Class teams had not seen competitive action on the track since Portland, Oregon at the end of July when Roger claimed second spot on the podium to give him a total of 125 points and the lead in the Championship heading to Texas.

Roger's weekend in the No. 98 Five Star Property Management / Energy Real Estate Ford Mustang began with a time of 2:38:784 in practice, a time he bettered with 2:35:310 in qualifying to claim the second spot in class on the grid behind pacesetter Joe Bogetich (No. 65 Westover Controls Chevrolet Camaro SS). Although Bogetich then went flag-to-flag for the win, it was Roger Eagleton who claimed the overall GT West Coast Championship with his second-place finish. Beau Boarders (No. 7 APEX Race Parts/CorteX Racing Ford Mustang) completed the GT podium in third.

“It’s really a great honor to win the West Coast Championship in the GT class,” Eagleton said. “The team DIG Motorsports is only in the third year of existence and to win a pro-level championship is really amazing. A lot of thanks goes to Trans Am to make this possible. We got to race at world famous race tracks at a level of affordability that doesn’t break the bank, that works for us and works for our sponsors. It’s a great stepping stone for us as we want to work up to TA2.”

Roger, whose car sported the Circuit Hawaii sticker, was keen to praise the team behind his win when he said, "I want to thank Candace and Jeremy Cuthbertson, the team principals and all those whose who made this possible. We knew we wanted to compete at the pro level and its culminated in us winning the Championship which is really awesome. We really didn’t expect that going into it but now that we're here we're so happy that we took part in this."

Looking to build on the success in the future, he added, "We're already looking forward to next year, bringing in some new supporters and really expanding on what we've done this year in anticipation of a really exciting 2020."

Speaking about the race at the Formula One designated, speed and power oriented COTA, Roger acknowledged it wasn't the ideal circuit for the spec Mustangs in the GT class, "To be honest, it's not the ideal car for this track. Somewhere like Sonoma or Laguna Seca where the handling comes into play is more suitable for the spec Mustangs, but it's all part of the process. We know we need to come back next year with more power!"

We all look forward to seeing what Roger can achieve next year, but first let's congratulate him on this fine Championship.

For team and series news, log on to www.gotransam.com.