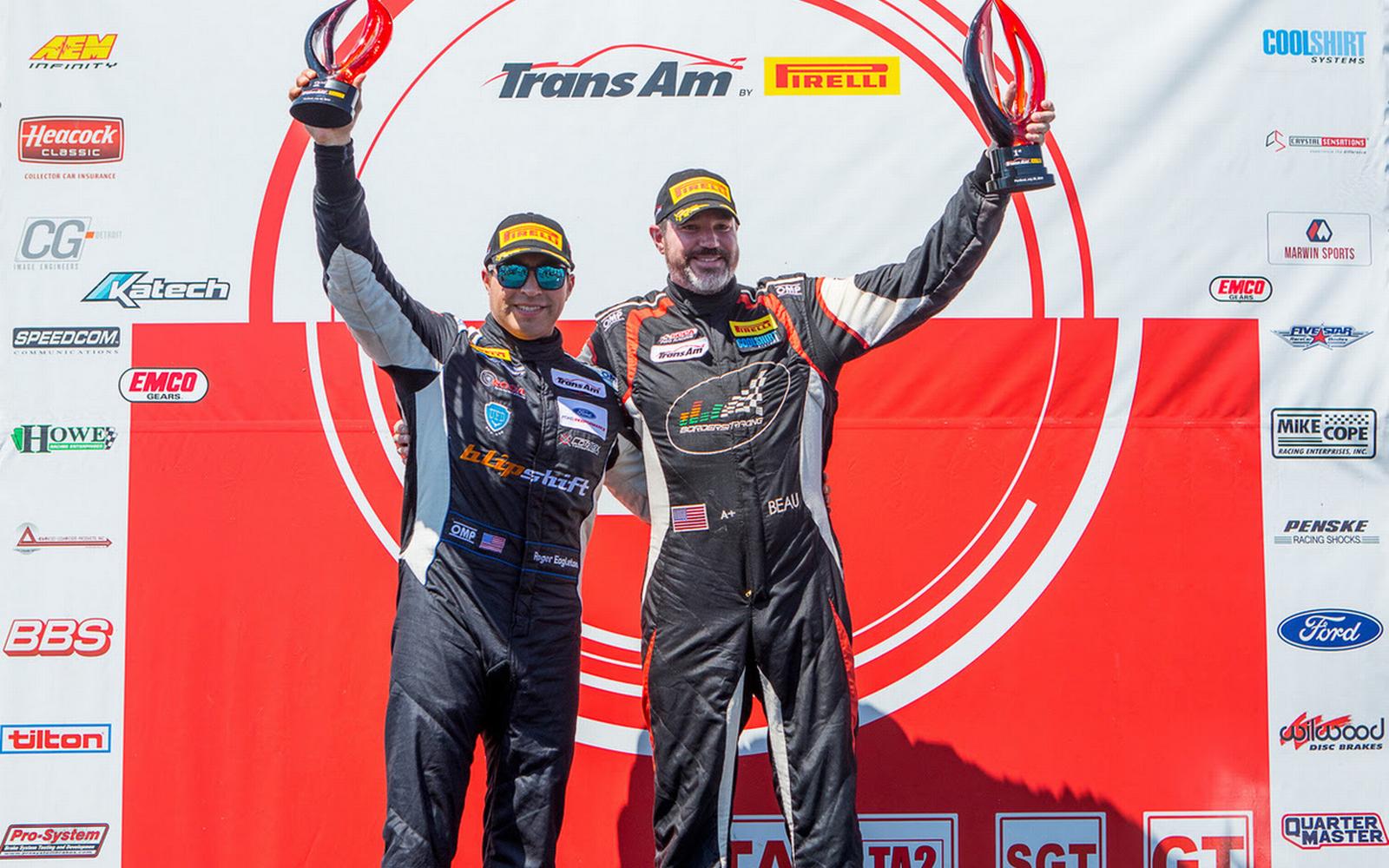 Portland, OR - July 29, 2019 - A thrilling duel between Roger Eagleton and Beau Borders in Round 4 of the 2019 Trans Am presented by Pirelli West Coast Championship ended prematurely Sunday during a mid-day race when a failed alternator robbed the Hawaii resident of a victory that looked increasingly likely for the DIG Motorsports team.

Fifteen cars spread across three classes lined up on the grid for the feature race at Portland International Raceway, Sunday, July 28. Roger Eagleton started on the pole position after a very quick qualification session in the GT Class. Trans Am West Coast Chief of Timing and Scoring Jeffrey Hutzelman clocked the No. 98 Five Star Property Management / Energy Real Estate Ford Mustang at a rapid 1:25:085 to notch his third pole position of the season from the four race events so far in 2019.

When the race got underway, Roger and rival Beau Borders swapped the lead five times, mostly on the back part of the course. As the second half of the race developed, Roger began putting some distance between himself and the No. 7 APEX Race Parts/CorteX Racing Ford Mustang. Roger posted a fastest lap of 1:24:532 on lap 29 and continued to press ahead, then beating that time with 1:24:381 on lap 34 - the fastest of the day in the GT Class. However, just when he appeared to have his rival on the retreat, a failed alternator on lap 41 brought a sudden and unexpected retirement.

Speaking after the race Roger summed up his weekend when he said, "It was fun. Beau and I, we were having a great race and I feel I was just beginning to get the edge on him when the alternator went with just five laps to go and I had to pull off. It's just one of those things that can happen in motorsports. Sure its disappointing but I was the fastest out there today in the class and the car felt great. The championship is still very much on, so we'll go to Texas with all guns blazing. It should be another great fight with Beau!"

The pole position and second place podium spot Roger picked up at Portland keeps him in the lead of the 2019 Trans Am presented by Pirelli West Coast Championship GT Class with 125 points to Beau Borders 113 - setting up an exciting clash in the series finale on October 4 - 6 weekend at Circuit of The Americas in Texas. A race run in conjunction with the National Trans Am series. For series news and information log on to gotransam.com.