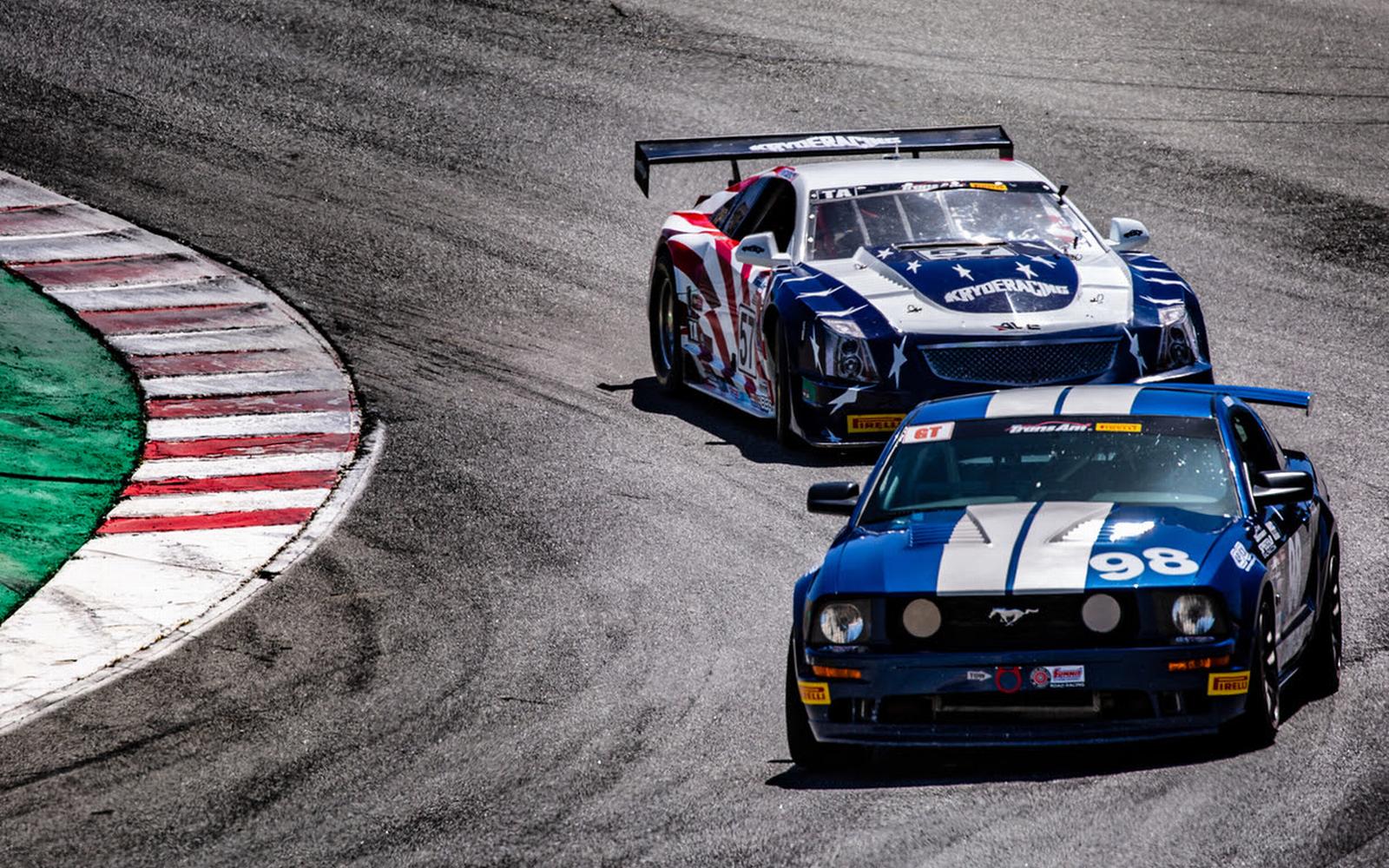 Portland, OR - July 9, 2019 - Round 4 of the 2019 West Coast GT Championship Trans Am presented by Pirelli gets underway the weekend of July 26 - 28 at Portland International Raceway in Oregon where the pacesetting Championship leader Roger Eagleton will be looking to extend his advantage at a track where he’s tasted success under SCCA rules before.

It was only last May in the Hoosier Super Tour that Roger won at Portland en route to winning the Western Conference Championship in the T2 class. This year Roger has stepped up to Trans Am GT class racing, and after notching pole position and then winning the opening round of the West Coast Championship at Thunderhill Raceway Park. He followed up at Laguna Seca with a pole and podium second, a finishing position he replicated in difficult circumstances at Sonoma last month. Another strong performance from Roger could see the Waikiki, Oahu based pilot wrap up the title in the Pacific Northwest on the upcoming July 28 weekend.

Roger leads the West Coast GT class with 94 points making him the favorite to claim the Championship crown. Speaking to our reporter this week ahead of the Portland showdown, Roger was quick to pay tribute to the team behind the No. 98 Five Star Property Management / Energy Real Estate Ford Mustang that has brought him so much success this season when he said, “The DIG Motorsports team and I have had a great summer break and are ready to get back down to the business of racing in the Trans Am West Coast championship at Portland International Raceway!"

Never one to stand still where development of the car is concerned, he added, “We have made some updates to the car and hope to have a little more top speed so that we can bring a good fight to the faster cars in our class. What exactly we did I cannot tell you, so I guess you’ll just have to follow along on social media (including links below) to find out what happens!”

The action at Portland gets underway on Friday, July 26 with two sessions of testing, the first at 11:15 a.m. and the second at 3:35 p.m. The grid will form up for the all-important qualifying session at 3:30 p.m. on Saturday afternoon, with the race itself starting at 10:40 a.m. on Sunday morning.

The road course at Portland is almost perfectly flat and runs clockwise. At the end of 2007 and the beginning of 2008, PIR went through a track renovation. The track was repaved with new asphalt and some minor changes were made to the track layout. Turns 4-7 were widened. The fence on the inside of turn 6 was moved to provide a better sightline through the corner. Turn 7 was sharpened to slow down racers prior to entering the back straight. Formula One style curbs were also installed on the track. The track reopened on February 23, 2008 and is now one of the most popular tracks on the West Coast.