INIANAPOLIS, Ind. [June 17, 2017] – TA2 competitors made the most of a final practice session today at Indianapolis Motor Speedway, making adjustments for this afternoon’s qualifying for the TA2 exclusive Indianapolis Muscle Car Challenge, one of two 42-lap Trans Am Series presented by Pirelli competitions this weekend for Round 5 of the 2017 Trans Am Championship.   Robinson Racing, in particular, was at the top of their game with teammates Shane Lewis and Gar Robinson, topping the class charts.

Robinson enters the weekend on the back of a victory at the Chevrolet Detroit Grand Prix presented by Lear, momentum in hand.   Lewis, however, enters the weekend somewhat hampered, knowing that no matter his performance in qualifying later today he’ll start from the back of the grid following a penalty handed down for avoidable contact at Detroit.   Still, if speed is any indicator, the Robinson Racing team seems ready for whatever comes its way this weekend and the challenges ahead of them.

Tony Buffomante, in the No. 34 BestLine Superior Lubricants Ford Mustang, was third quick in the session with a time of 1:31.153.  Buffomante, the defending TA2 champion, enters the weekend fourth in the points and eager to close the gap on Robinson’s current championship lead.

Buffomante’s Mike Cope Racing Enterprises teammate Dillon Machavern, in the No. 24 Heritage Motorsports Ford Mustang, was fourth with a time of 1:31.806 and is also embedded in the TA2 championship battle, currently second in the points.   Cameron Lawrence, in the No. 19 Class Auto Centers Chevrolet Camaro, was fifth quick with a time of 1:32.304.   Lawrence is handling double-duty this weekend, also driving the No. 6 Derhaag Motorsports Chevrolet Corvette in TA class competition.

TA2 will return to the track tomorrow, June 17, at 11:00 AM ET for their second practice.  The TA, TA3 and TA4 classes will hold their qualifying sessions commencing at 5:25 PM ET later today. 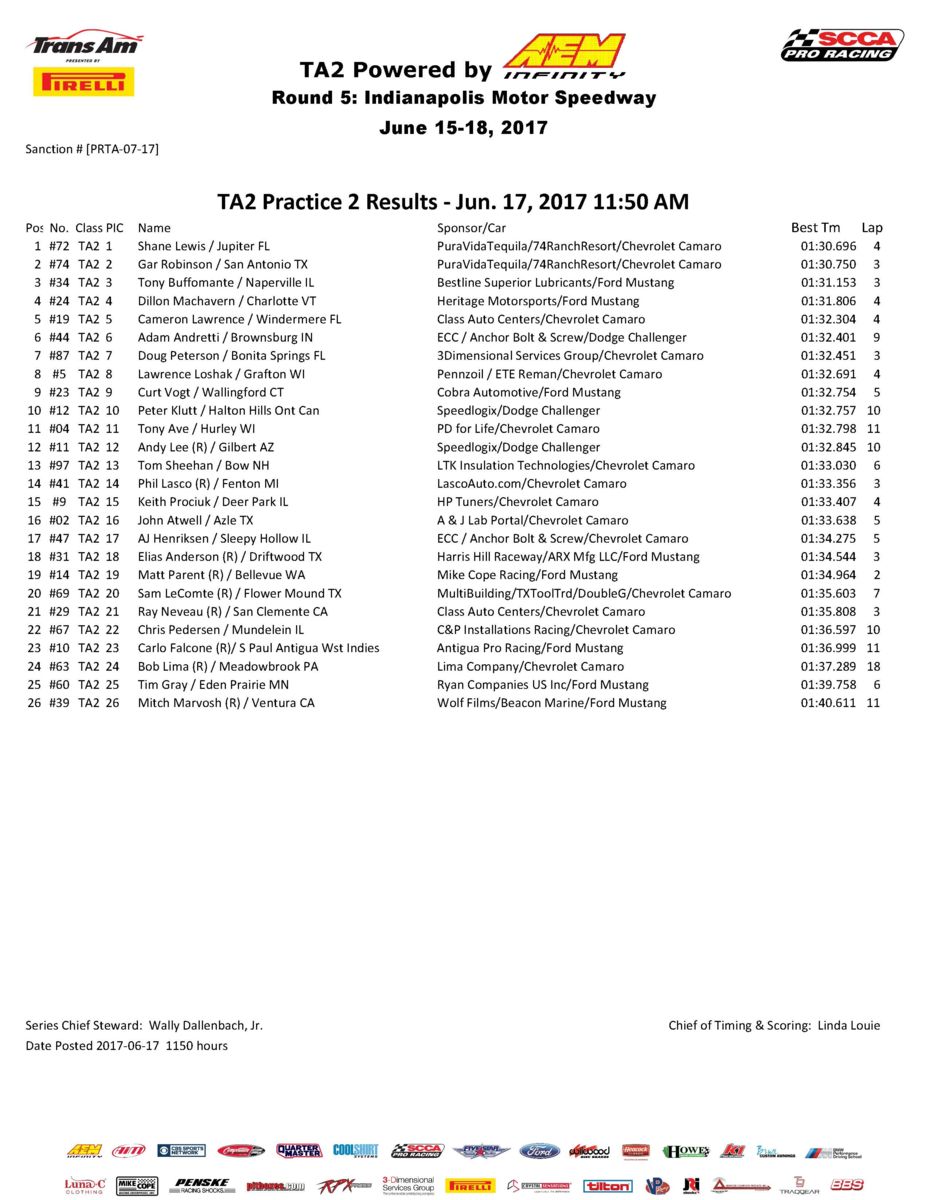